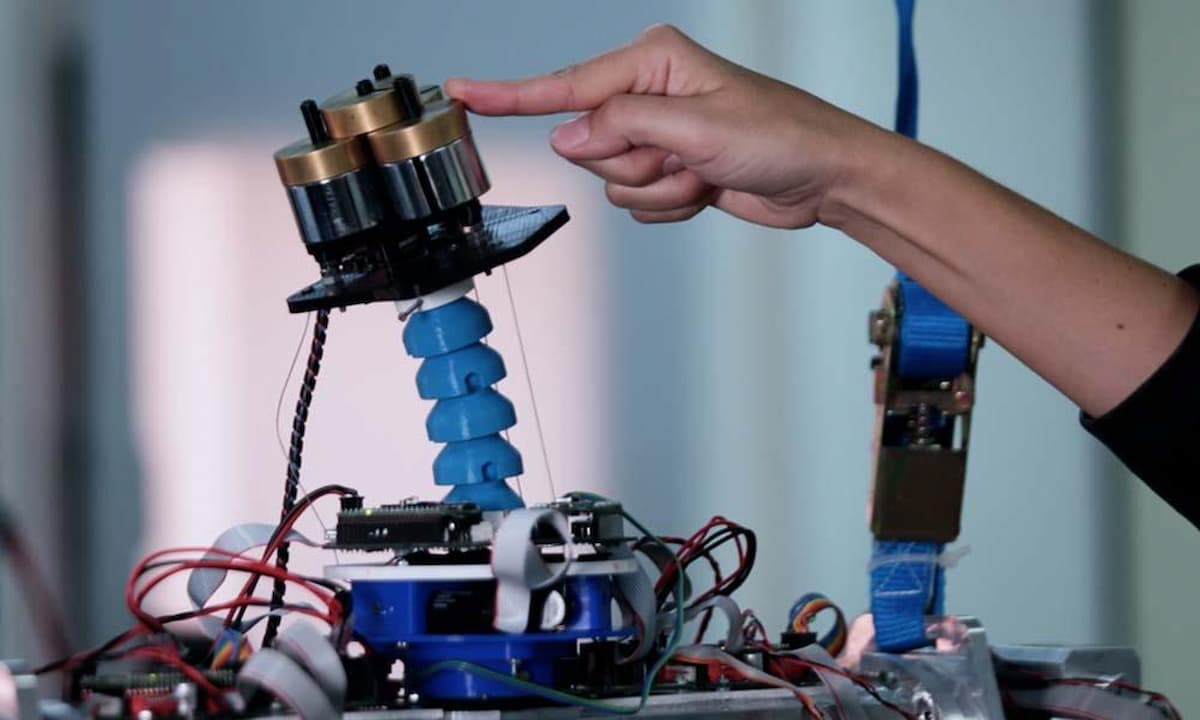 Recent developments around robotics have brought us amazing advances, not only because of how extravagant some inventions can be, but also because of the practical utility they can provide.

A research team from the Carlos III University of Madrid (UC3M) presented one of its most recent developments in the area: soft and intelligent joints for robots, a component that can provide them with greater versatility, thanks to their deformable nature and at the same time steady.

This new project, called SOFÍA, was created by the RoboticsLab UC3M research group, in order to provide robots with greater robustness and improve their interactions with people.

The main quality of this invention is the soft material with which it was created, which is highly deformable, with the ability to articulate by means of a sedal thread that acts as tendons. Faced with the rigid joints that are currently implemented in the creation of robots, this creation presents greater versatility and mobility.

“For example, to access the inside of a pipe, doing it with a rigid robot is very difficult because it would get stuck. If what we have is a kind of “elastic worm”, we could approach that inspection in a much safer, more flexible and versatile way”, he pointed Concha Monje, professor in the Department of Systems Engineering and Automation at UC3M and principal investigator of the SOFÍA project.

As a complement to this newly developed component, the team also created intelligent controllers based on artificial intelligence techniques, which add to this invention the ability to support different loads when executing their tasks. By estimating how much weight the robots are carrying, these controllers can ensure precisely adjusted positioning, so the joint remains intact.

“We are able to estimate the deformation they are undergoing by measuring the material itself. This measurement of the deformation is necessary to know what position the joint is in, what stresses it is suffering and to be able to act and control it”added the researcher of this project.

Another interesting fruit of this research was the development of joints inspired by paper folding, similar to origami, through the use of acetate and carbon nanofiber sensors. “There is an innovative line that deals with origami, which are deformable volumes that allow mobility of the joint itself”Monk added.

The use of this new technology has a potential for high impact at the care level, mainly in cases of people who require help to perform various tasks through robotic assistance. Thanks to this project, robots can be more versatile and safe in their movements.

The advances presented have already been put to the test, implemented in the TEO humanoid robot from Roboticslab UC3M, which already has a soft joint as a neck, which you can see in a video shared by the SOFÍA Project team.

Advantages of using the Google Phone app on Android mobiles

Many overlook phone apps on Android phones because they think they don't offer useful...
Tech News