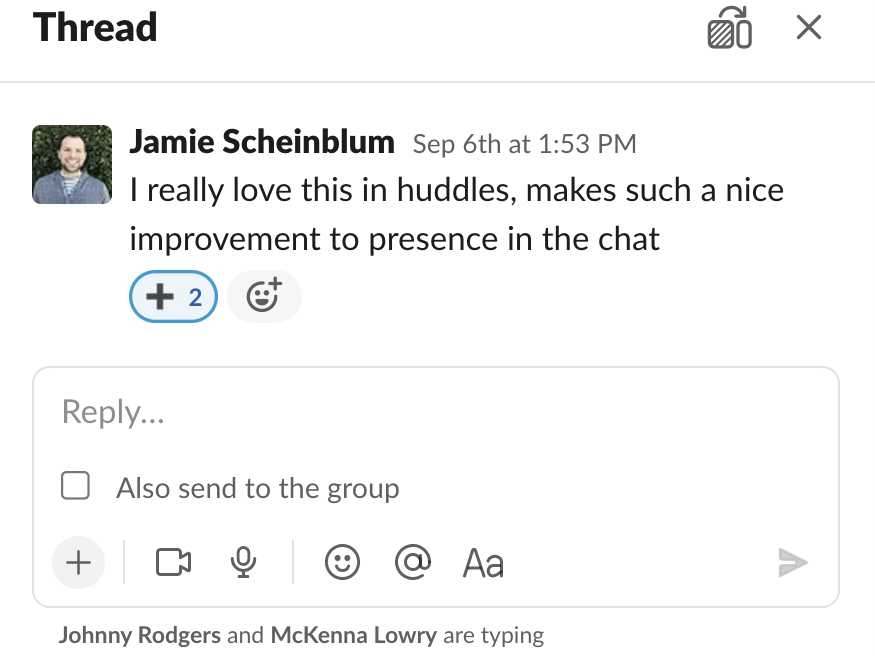 Slack, the well-known platform for communication and collaboration between members of the same organization, is making it easier to know when someone is starting to write within the conversation threads.

Improving the experience of communicating between various

With the arrival of writing indicators for threads, the conversation experience becomes much easier, and even more so if you are cooperating with a large number of collaborators from your own organization.

The announcement has been made by Johnny Rodgers, product engineer at Slack, on his Twitter profileindicating that the launch is starting to take place from today so that on Monday of next week it becomes available to all users.

This means that it is a function that will be available to any user who uses Slack, regardless of the pricing plan that has been accepted.

For those who do not want to know anything about the writing indicators, they have the option of going to the preferences menu, to the Messages and media option, where they must uncheck the box that allows “Show information about who is currently writing a message”.

This is a small novelty that plays an important role in the experience that Slack offers users, and that will bring a bit of order when several people are collaborating at the same time.

There is no doubt that its arrival will be appreciated by many users, who in this way will be able to avoid interfering in the development of conversations in real time, Slack also being one of the most used platforms and taken into account, even in the growing model of hybrid work.

Apple has announced the Winners of the App Store Awards 2022as happened last year,...
Tech News

A few days ago I told you about a project capable of creating children's...