Save energy and pay less: Smart thermostats reduce costs by up to 8% Smart thermostats, together with other measures, can significantly reduce heating costs. In addition to functions and price, however, other aspects should be considered. 09/15/2022 8:00 p.m. tech stage

With smart thermostats, users can optimize the room temperature based on usage behavior and thus save energy. Programmable models are available from as little as 20 euros and there is also federal funding.

In view of the continuing sharp rise in energy prices , more and more people are interested in energy-saving measures. No wonder: After all, the payments on account have multiplied and bring many households into existential difficulties. Many are therefore already talking about a second rental in relation to the exploding energy costs.

The savings potential when heating is very high . After all, the energy share for heating rooms is 71 percent . Electricity accounts for 14 percent and the remaining 15 percent is hot water.

In principle, saving energy when heating is easy: After all, according to the EU Commission , a room temperature that is just one degree lower reduces the energy requirement by up to 7 percent . Since the average room temperature in Europe is 22 degrees, but many people already find 19 °C to 20 °C comfortable, the drop in room temperature by 1 °C will hardly be noticeable for many. In Switzerland, the government is already planning an ordinance according to which the home may not be heated above 19 °C in the event of an energy emergency.

But you shouldn’t overdo it either. If the temperature in rooms is permanently below 18 °C, the risk of mold growth increases . Proper ventilation is required to prevent this . Simply tilting the window is not enough. In addition, the wall above cools down, so that the formation of mold is promoted. Ventilating for about 10 minutes is much more efficient. For optimal air exchange, cross-ventilation , with opposite windows open, is best. 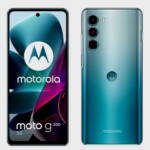 Motorola Moto G200 5G, a high-end dressed in a mid-range

The savings potential when heating depends on many factors . Of course, personal usage behavior plays a key role. Anyone who sits in their T-shirt in the living room at 25 °C in winter can of course save more than someone who has already lowered the temperature to 19 °C and compensates for the lack of warmth with additional clothing. The insulation of the apartment also plays a decisive role. In houses that have not been renovated, about a third of the heating energy is lost through the outer walls.

According to calculations by Stiftung Warentest, the use of smart thermostats can save an average of 5 to 8 percent on heating costs . For a 70 square meter apartment, about 1000 euros per year for heating costs were assumed. Accordingly, the savings are 50 to 80 euros per year . Now the heating costs are likely to be significantly higher , so that programmable or smart thermostats for radiators or underfloor heating pay off much more quickly , since the prices for the devices, unlike the energy costs, have hardly increased.

Simple, programmable thermostats without radio technology are already available for less than 20 euros . These models allow manual settings via a menu that users control via buttons and dials. Most variants are already pre-programmed, so customizing the numerous settings does not take much time. In principle, the thermostats allow time-controlled regulation of the room temperature on a weekly basis.

The simple exchange of the old radiator thermostat with a programmable model usually runs without any problems. If not, adapters that are either included with the product or can be purchased in stores will help. Power is usually supplied by commercially available batteries, which ensure that the thermostat can be operated for one to two heating periods. If the temperature drops sharply, for example when airing out, many models close the heating valve so that heat energy is not wasted unnecessarily. However, simple thermostats without radio technology are very rare.

In principle, smart thermostats for radiators work like simple, programmable variants – with the difference that they can be connected to a smartphone or tablet via a wireless connection and are conveniently controlled via an app. The setting options are diverse and some offer sophisticated scenarios, including geofencing. Corresponding variants are available from about 25 euros . Many cheap solutions come from China and can usually be controlled via WiFi and the Tuya app. Manufacturers often use apps that are compatible with the Tuya platform, such as Pearl’s Elesion.

Established manufacturers such as Aqara, Bosch and Tado, on the other hand, rely on wireless technology such as Zigbee, which has been optimized in the smart home sector, so that thermostats are connected to the WLAN router via a bridge or gateway . Therefore, there are also many offers for these models, which include not only the thermostat but also the necessary gateway.

As a Fritzbox user, you can also use radiator thermostats with DECT support. However, the Fritzdect 301 thermostat manufactured by AVM only supports a few comfort functions. It does not automatically turn down when all residents are out of the house and voice control is only possible indirectly. If you want something like this, you should look around at the competition. We recommend Tado (test report) or Eberle Wiser (test report) . 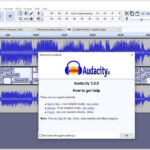 And if you are looking for a thermostat that is particularly easy to integrate into smart home systems, the Aqara E1 is a good choice. The just released smart radiator thermostat E1 is compatible with a wide range of ecosystems and language assistants, including Homekit (guide) , Alexa, Google and IFTTT. It is also said to support the forthcoming Standard Matter.

Note: The following price overview initially offers a list of all smart radiator thermostats with app control. This is followed by an overview of offers with a gateway, followed by a list of radio protocols.

The control of the underfloor heating can also be made more efficient with a smart thermostat. In contrast to the variants for radiators, however, replacing a floor thermostat is more complicated, since the installation is usually flush-mounted. For this, power and control cables for the actuators must be connected. The assembly should therefore be carried out by trained specialists. Smart thermostats for underfloor heating are available from around 40 euros . The cheapest models come from Chinese manufacturers such as Moes, Beok Controls and Ketotek, most of which have WiFi and the Tuya app (test)are controllable. Solutions from established providers such as Bosch and Tado, on the other hand, require a base station and are significantly more expensive.

When choosing a smart thermostat for a radiator or underfloor heating, other criteria are also interesting in addition to price and features.

If you want to use several smart thermostats in a larger house, you should pay attention to the range of your wireless network when choosing a WLAN model. Models with radio protocols optimized for use in the smart home, such as Zigbee and Z-Wave, are much better suited here, because devices with these standards automatically expand the corresponding radio network and do not burden the home WLAN network.

With simple programmable thermostats or smart models that can be controlled via app, users can save 5 to 8 percent on heating costs. This is of course only an average value. The actual savings potential depends on the individual heating behavior, the heating system used and the insulation of the living space.

And if you use smart room thermostats together with other intelligent components such as humidity sensors, you can also keep an eye on the risk of mold and optimize your room climate (guide) . 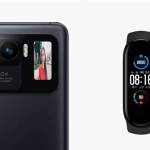 The Xiaomi Mi 11 Ultra and the Mi Band 5 share the same (mini) screen, do you know why?

In order to fully exploit the savings potential in terms of heating, owners should primarily implement suitable insulation measures. If this has already happened, hydraulic balancing of the heating system can also help to increase heating efficiency. According to a new regulation, this should even become compulsory for homeowners . According to Stiftung Warentest, the measure brings savings of up to 15 percent . For this, as well as for the purchase of smart thermostats (best list) , there are subsidies of 20 percent for the material and installation costs from the federal government.