Koei-Tecmo and Omega Force present the new game of Samurai Warriors, which this time puts us in the shoes of Nobunaga. 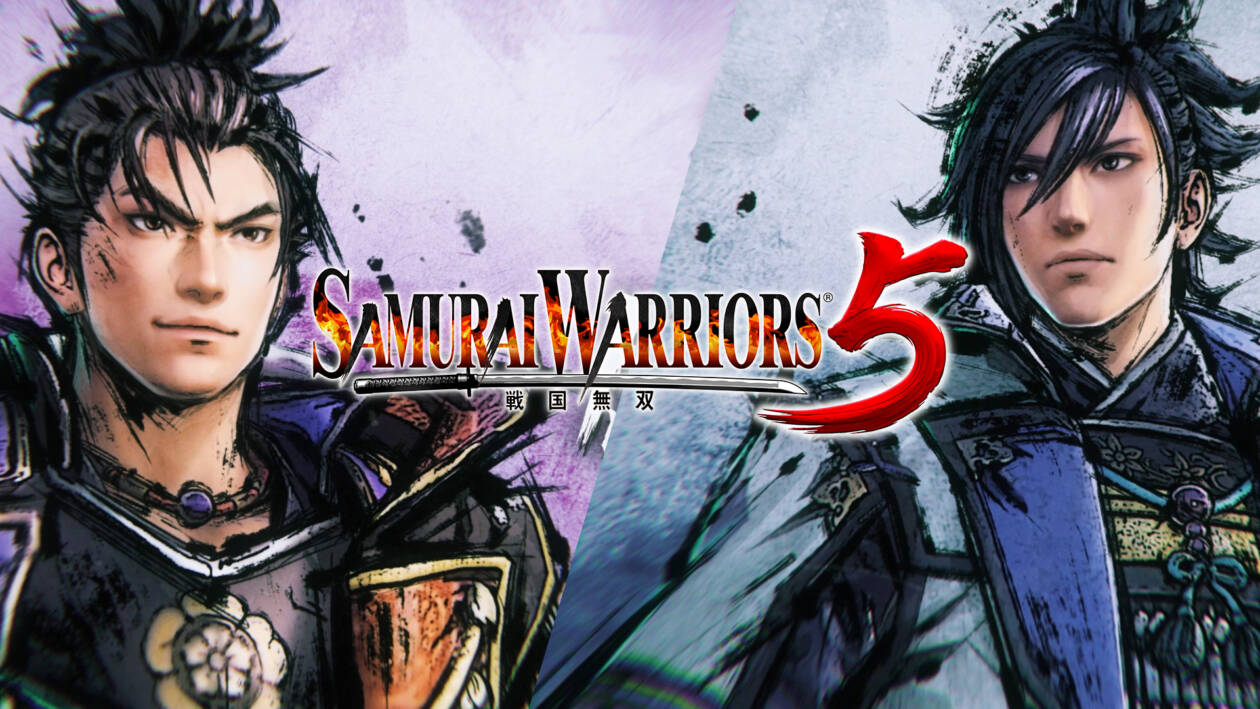 The franchise Warriors of Omega Force is experiencing a period of great prosperity. Where in very recent times the Dynasty Warriors series has failed miserably in an attempt to renew itself (for all the details recovered the review of Dynasty Warriors 9), its twin Samurai Warriors and the various licensed titles they are slowly redefining the very concept of musou: although button mashing and frenetic action continue to be the pillars of the brand, starting from its most modern incarnations it was in fact decided to pay more attention to the narrative and above all to introduce an increasingly greater role component. A necessary change, the one implemented by the Japanese studio, which among other things sanctioned the unstoppable success of Persona 5 Strikers and Hyrule Warriors: Age of Calamity (in this regard, we point out that on the pages of Everyeye.it you will find the review of the first DLC of Hyrule Warriors: Age of Calamity)

Published five years later by Spirit of Sanada, too Samurai Warriors 5 has been able to make the main strengths of the aforementioned titles his own, taking on the not easy task of leading the saga dedicated to the most famous leaders who fought in the Sengoku era of Japan to new heights. Reminding you that the game is finally available on PC, Nintendo Switch, Xbox One and PlayStation 4 (as well as backwards compatibility on the latest generation machines), we are ready to issue our final verdict on the new Koei Tecmo Game proposal.

Considering the producer Hisashi Koinuma as a new starting point for the franchise (find out the reasons in the interview with the developers of Samurai Warriors 5), on the narrative level the title has literally returned to its origins, in order to tell the public a portion of the story. larger and largely unpublished. 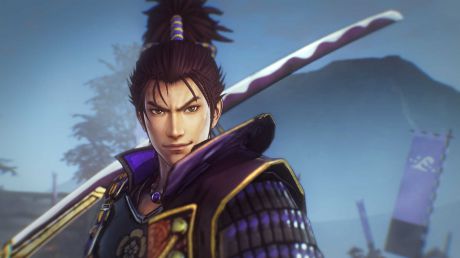 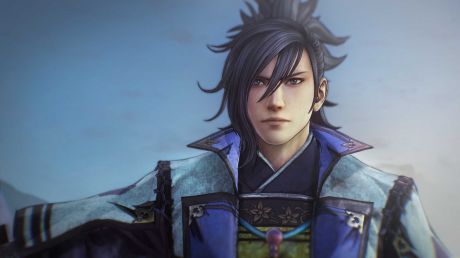 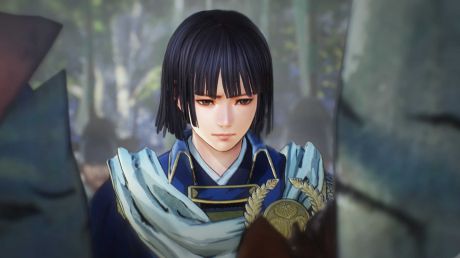 In fact, while the brand’s past episodes have accustomed us to seeing Oda Nobunaga as the “Demon King”, that is the relentless general usually used as the main antagonist, the newcomer’s campaign begins several years before the events told in the very first Samurai Warriors. Putting aside Yukimura Sanada, who for years and years has been the face of the series, this time the story is told from the point of view of Nobunaga himself and his ally Mitsuhide Akechi. Remembered by all as the man who almost unified feudal Japan, the former is in fact the protagonist of a long sequence of missions which, even before painting the bloody rise to power and the equally shocking fall, explain what pushed the stubborn leader to conquer the warring states one after the other: a journey punctuated by constant betrayals, dutiful sacrifices and even some bitter defeats. Unlockable only after completing the various chapters of the Musou Mode dedicated to the fury of the young Nobunaga, in the same way Mitsuhide’s path deepens the characterization of the stoic vassal, showing the key events of the story from a different perspective, but no less painful and fascinating.

Focusing mainly on two characters only and using the supporting actors in a series of secondary battles that sometimes lead to alternative scenarios, Omega Force has in short a much less fragmented plot than usual, so much so that the exploits of the two leaders are smooth and exciting. 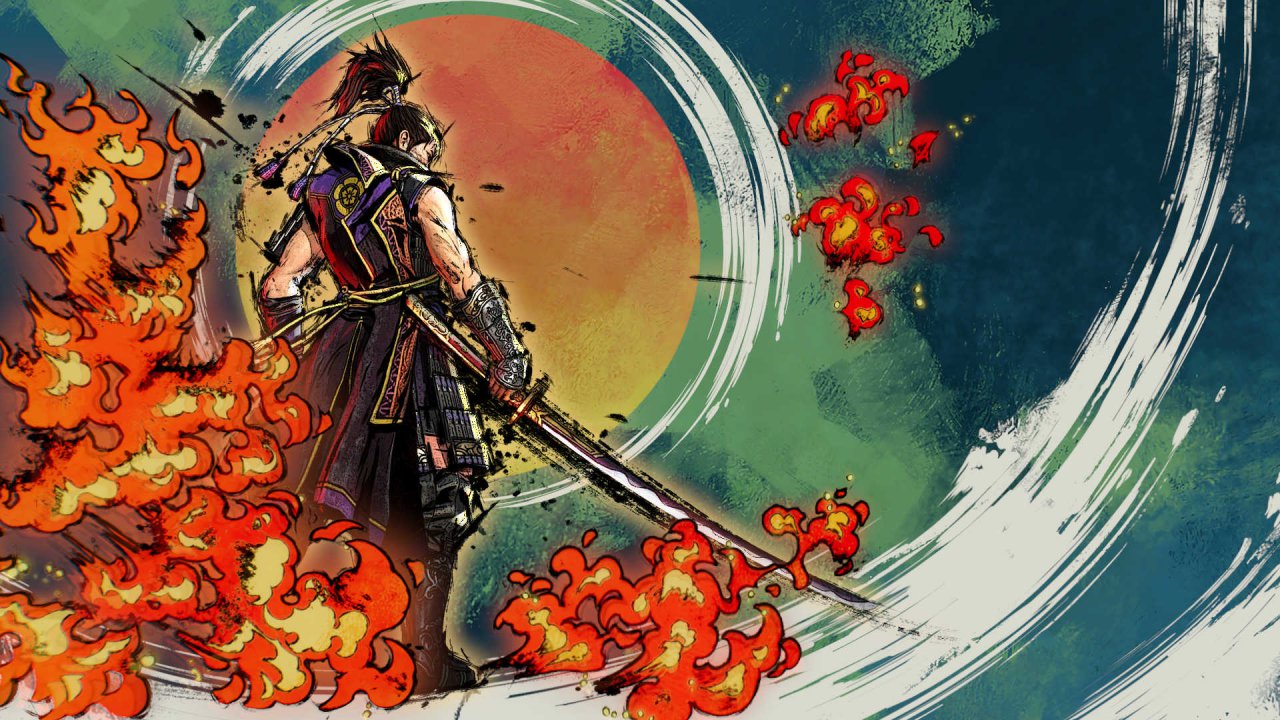 Although the story still tends to make some sporadic leaps forward, roughly summarizing or even skipping some key episodes of the story, for the first time the drafting of the facts seemed clear and finally enjoyable even without previous knowledge about the tumultuous history. of feudal Japan. The dialogues that take place in the middle of the missions sometimes tend to get lost in the noises of the battle, but if we consider that in the past the narrative plot was nothing more than an excuse or in any case a trivial filler with which to fill the gaps between one quest and the next , on this lap the improvements are evident and as a result the title captures the player’s attention with amazing naturalness and effectiveness.

The resources of a samurai

Moving on to the playful front, we immediately anticipate that Samurai Warriors 5 has inherited all the mechanics already present in Samurai Warriors 4 and 4-II, but making some sensitive precautions where necessary. The combat system has not undergone major changes, which is why the user is once again called to take on the role of one or two heroes (at any time it is in fact possible to take control of the second character deployed in the field) to annihilate hundreds or even thousands of enemy soldiers with frantic and devastating combos. While most musou provide only two types of attack, in Samurai Warriors 5 there are even three: the normal attack and the powerful one, which are indispensable for the realization of short-range combos, and the so-called Hyper Attack, which unlike the other two have a very wide range of action. Therefore, if the former are particularly useful in duels against officers, the latter are the ideal tool to make their way through the opposing militias, as each shot knocks down dozens of enemies and moreover goes forward a few meters – in the manner of the all automatic – the controlled character. Abusing the Hyper Attack, so, even the largest and most crowded areas can be cleaned up quickly, so as to skyrocket both the combo and kill counters. In this regard, during our test we discovered with pleasure that when the first exceeds the threshold of 1500 hits, the abilities of the hero on duty receive a temporary power-up that vanishes only when the counter returns to zero: a more than valid reason to try to lengthen the combos as much as possible and parry the incoming attacks of the officers. Furthermore, by annihilating the enemies, the player has the opportunity to fill two different bars, called respectively Musou And Rage: the first corresponds to the classic special attack, which once triggered overwhelms all surrounding units and inflicts massive damage on them, while the second increases for a few seconds the power of the skills, the physical strength and even the speed of the samurai used. A truly portentous weapon that at the highest difficulty levels can overturn any dangerous situations, especially in the presence of particularly difficult and resistant bosses.

The most successful novelties

Moving on to the news, the latest creature from Koei Tecmo Games introduces the Ultimate Skill, that is skills that, based on the type of membership, activate temporary boosts or alternatively allow you to access a whole series of exclusive attack patterns. Each character can equip a maximum of four, but the user is free to alter the selection every time he is about to take the field: in this way, not only the fighters have a few extra tricks up their sleeves to unleash at the appropriate time, but such mechanics it favors the personalization and above all the diversification of the units to be sent to the front line. After all, the customization and the role-playing component play a predominant role in the gameplay economy of Samurai Warriors 5. As in any other musou, the level increase progressively strengthens our heroes, but this is only one of the various methods to guarantee they have permanent and substantial bonuses.

First, Nobunaga, Mitsuhide and the other 35 members of the roster dthey each have their own skill tree in which to spend the precious Skill Points obtained by completing the missions of the campaign. Bonuses for base stats and special talents, such as those needed to get more experience and money, unlock additional segments of the Musou bar, and so on, are just some of the different advantages acquired by the leaders, who on balance tend to turn into authentic War machines. 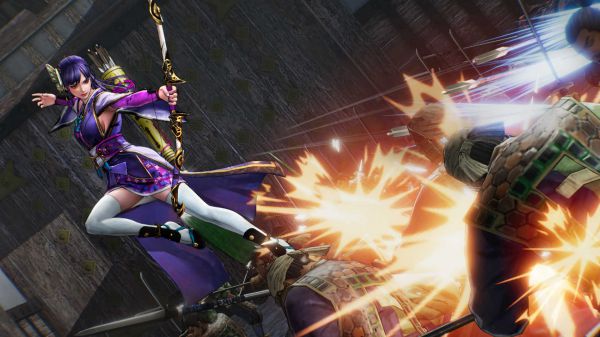 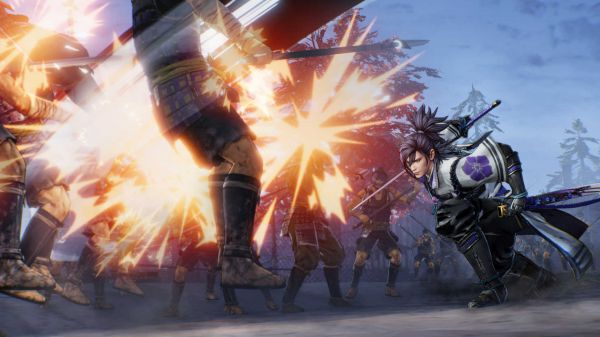 Furthermore, the weapons supplied are not fixed, but once in possession of more effective and lethal tools of death, the player has the right to upgrade the equipment of the characters, use the blacksmith of your castle to install specific skills, or even adopt a different type of weapon to also change the moveset. From swords to spears, without forgetting the bow or the versatile naginata, there are really several tools of death present in Samurai Warriors 5, which is why, although each character has their own preferences, nothing prevents the user from training his character. preferred to be able to master them all.

Too bad that each type of weapon has only one specific and identical moveset for all possible users: consequently, even if two or more characters were to be able to specialize in the use of a single tool, their attack patterns would be the same, making the deployment of a partner completely useless.

Where the dream breaks

It is on the technical side that the new Omega Force creature did not meet our expectations in the least. Even wanting to overlook the not too reasonable loading times and the embarrassing anti-aliasing filter, we are saddened to see how the new Omega Force proposal does not go beyond the maximum resolution of 1080p, even on the performing Xbox One X and Xbox Series X, where 4K support would have been expected. On the other hand, on the two green-crossed machines, the frame rate runs almost stably at 60 fps, with rare and slight hesitation during the most excited phases of the fight.

On the artistic side, however, we greatly appreciated the change of course made by the developer, who on the occasion of the reboot chose to set aside (hopefully definitively) the realistic style of the previous episodes in favor of a delicious cel-shading inspired by traditional Japanese painting. Not only does the new character design wink at the evergreen world of anime, but for the occasion it has granted new faces to characters already known, making them undoubtedly more interesting. Finally, we point out that the product is again without the Italian localization, as the lyrics are only available in English, while the only dubbed track is the original Japanese one. 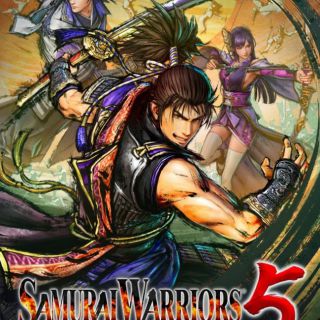 Samurai Warriors 5Version Analyzed Xbox One XSamurai Warriors 5 is the ideal chapter to approach the franchise for the first time and retrace the deeds of the brave leaders who lived during the Sengoku era of feudal Japan. The greater attention paid to the story and the choice to focus the plot on the charismatic figures of Oda Nobunaga and his vassal Mitsuhide Akechi have certainly benefited the general quality of the story, which has never been more exciting and full of twists than this time. . If the exquisite role-playing component and the new artistic direction adopted by the Koinuma team immediately won our sympathy, it is unfortunately the technical performance that is not convincing, as the product is currently suffering from loading times that are not exactly balanced, an anti- shameful aliasing and a rather annoying environmental pop-up. Hoping that Koei Tecmo Games will publish a next-gen version with 4K support as soon as possible, we sincerely hope that the developer will roll up his sleeves and be able to patch the technical imperfections of an otherwise extraordinary musou.

Smithfield Square to be transformed with quirky art installations