Samsung and Intel introduced the very first rollable display dedicated to PCs. This allows you to switch from a 13-inch to 17-inch display in a few seconds. For the moment, it is only a technical demo and no marketing plan has been announced. 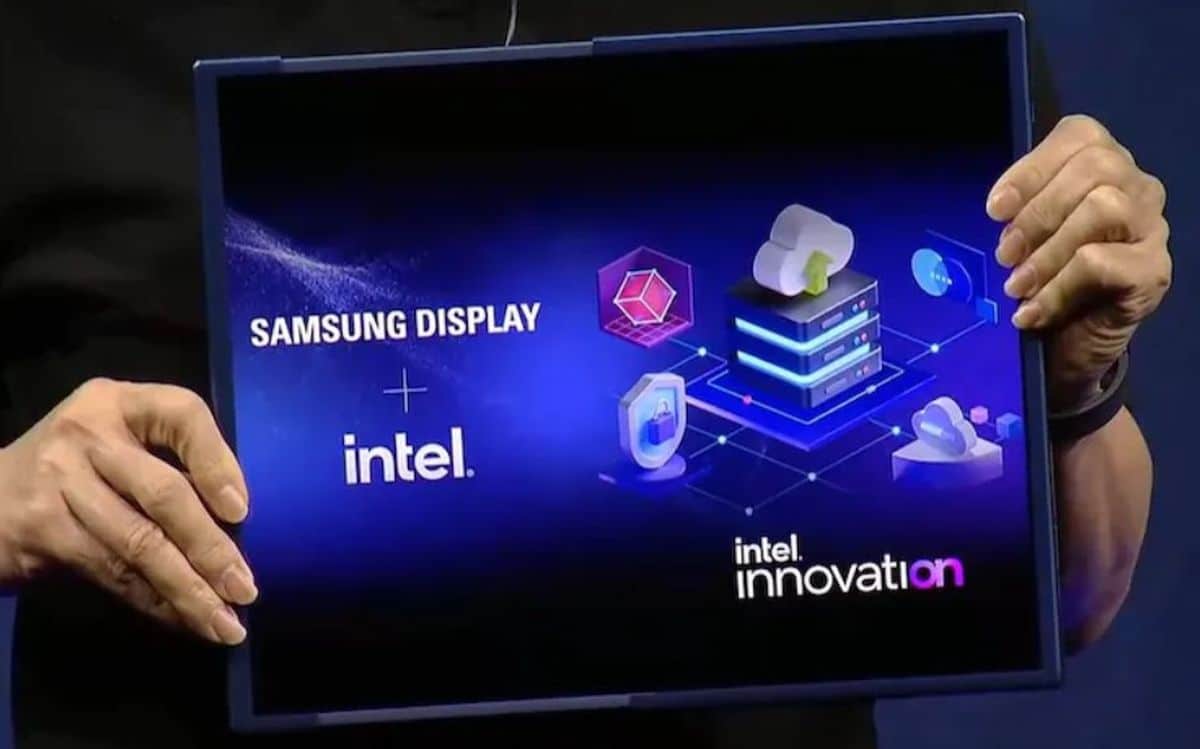 For a few years now, there has been excitement around screens. Technological innovations make it possible to explore new formats. For example, we have seen the proliferation of foldable screens on the market. What if the next step was the screen that rolls up like a parchment?

During the Intel Innovation keynote, Samsung Display and Intel have presented the first rollable screen dedicated to PC use. It was JS Choi himself, the CEO of Samsung Display, who unveiled it. We were thus able to see a 13-inch slab which, by pulling on it a little, turns into a 17-inch slab.

Rollable screens, the future of the PC?

We’ve seen these types of tiles before, but this new iteration is different. It was designed for PC use and Intel intends to exploit it in the future. While on stage, JS Choi suggested that the foldable format, which we all know today, will not be exploited on PC, the future being rollable. It is true that the demonstration made seems more consistent with the use we have of a computer, but it will be necessary to see the products making full use of this technology to really judge.

Intel has been looking for a revolution for several years now. The objective is clear: change the classic format of the laptop PC to offer something new. The brand once focused on two-screen PCs, running Windows 10X, then in development. But after the abandonment of the OS, the American brand is looking for other avenues. The roll-up screens look just like his new Eldorado.

If the emphasis is on the rollable, a manufacturer has still decided to try the foldable adventure: Asus. The Zenbook 17 Fold, presented recently, offers a foldable slab which allows for a display of up to 17 inches. If the product is good and the technology used intelligently, the terminal does not however represent a revolution in uses. Will this be the case for roll-up tiles? We will see it in the next few years.

Discord is releasing a new feature that will make it easier for users to...
Game Reviews