TechSmartHow smart tech is changing life
HomeHardwareRyzen 7000: here are the prices in euros of all the processors...

Ryzen 7000: here are the prices in euros of all the processors a few days before their release

Only a week before the official release on the market of the new series of Zen 4 processors from AMD, the prices in Euros of all the references have just been unveiled by a famous French retailer.

AMD had launched all its new chips at the same prices as the previous generations, that is to say $299, $399, $549 and $699 respectively. While we could have expected similar prices in France, we now know that the current geopolitical situation will have an impact on the recommended prices here.

Cdiscount reveals the price of the Ryzen 7000 before their launch

While the chips are not expected until September 27 on the shelves of regular retailers, the Cdiscount site has already listed all the references in advance, with what seems to be their recommended prices.

Google would have canceled the release of its next Pixelbook laptops

Cdiscount therefore reveals in preview that the prices are much higher than what we could have hoped for. In effect, the Ryzen 5 7600X is displayed at 409.99 euros the Ryzen 7 7700X at 589.99 euros, the Ryzen 9 7900X at 749.99 euros and the Ryzen 9 7950X at 1099.00 euros. All prices are therefore more or less 30% higher than the recommended launch prices of the previous generation Ryzen 5000. However, it is worth remembering that these were not respected anyway due to the global shortage. of semiconductors.

If these prices turn out to be correct, AMD was therefore forced to increase its prices with us because of the current situation. As a reminder, at the beginning of the month, it was Apple who was forced to revise the prices of its new iPhone 14 upwards. In question, the war in Ukraine, supply difficulties, the increase in transport costs, but above all the euro-dollar parity. We will therefore have to get used to the fact that all American products see their prices explode here over the next few months. 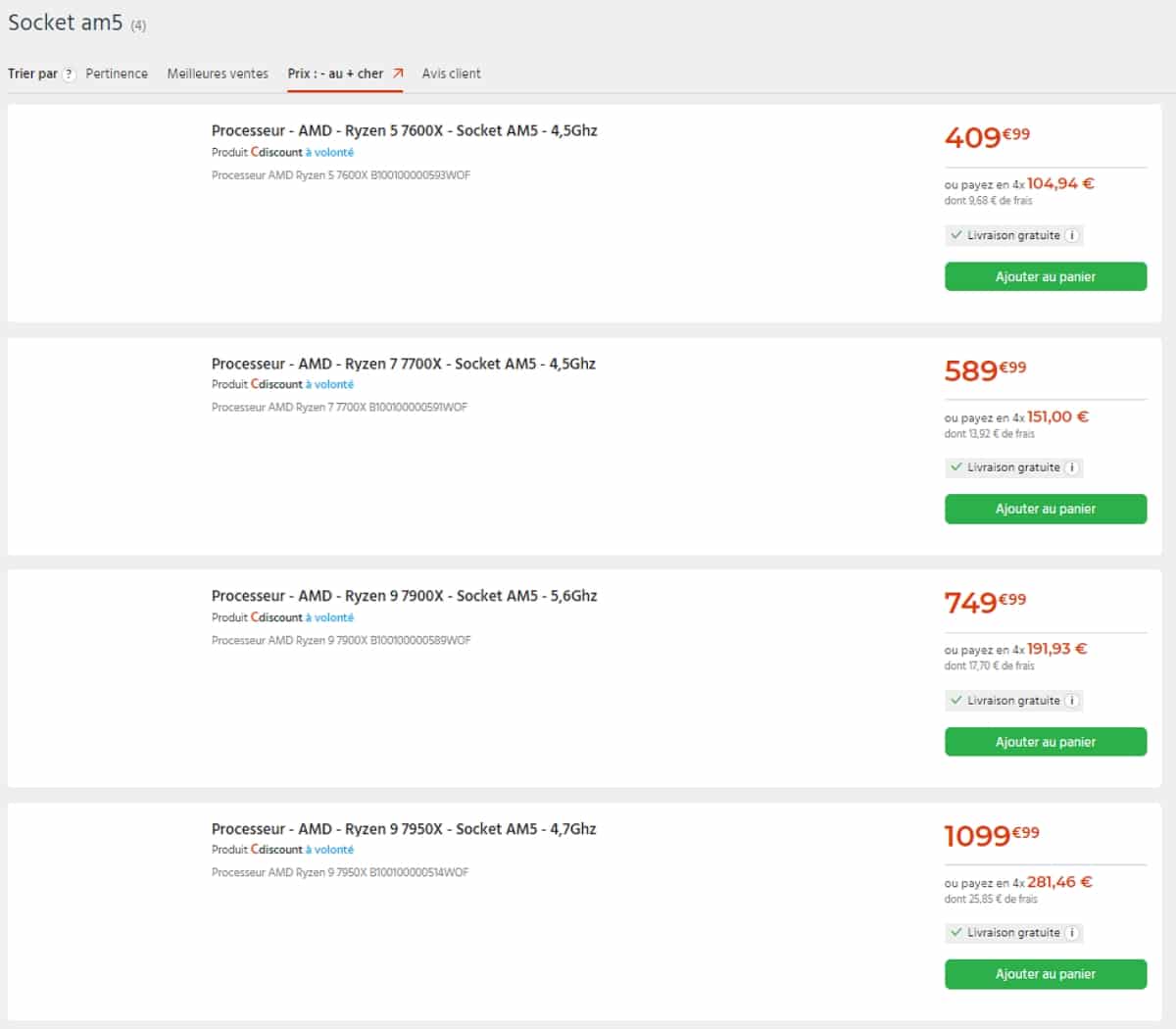