TechSmartAerezona Developers
HomeHardwareRX 7900: AMD takes advantage of the release of the RTX 4080...

RX 7900: AMD takes advantage of the release of the RTX 4080 to attack Nvidia directly 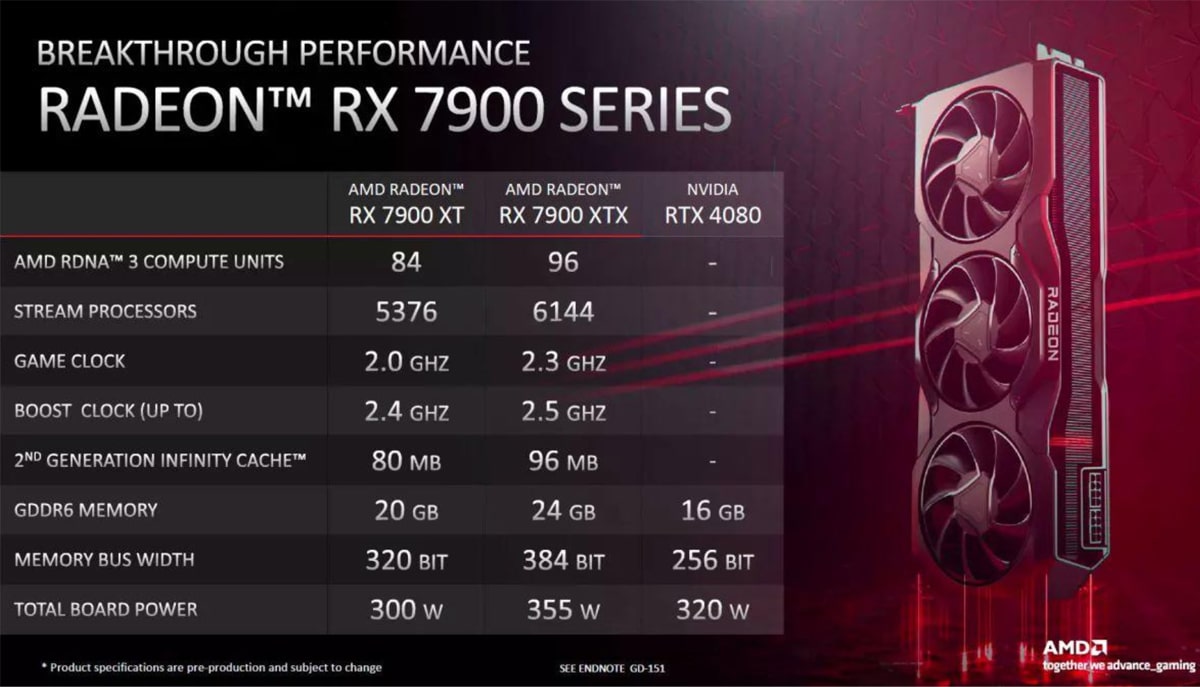 Today releases the RTX 4080 from Nvidia. The opportunity for AMD to present its new graphics cards, the RX 7900, in more detail, by comparing them to that of its competitor, of course. The manufacturer thus highlights the greater amount of memory of its GPUs, or the ease of installation compared to the cards of the Greens.

It’s the big day for Nvidia: after the resounding release of its RTX 4090, it’s time for the manufacturer to also make its RTX 4080 available. there is no doubt that the graphics card will meet the same success as its big sister. In other words, it was imperative for AMD to react by promoting its own products, and that is precisely what the manufacturer did.

The latter has indeed just published several presentation slides which go into more detail on the technical sheet of the RX 7900 XT and RX 7900 XTX, after their presentation a few days ago. These images do not deceive anyone: the objective is clearly to compare its graphics cards to the RTX 4080, both in terms of components and price.

Thus, we learn that the RX 7900 XT and XTX all offer more memory than their competitor, with 20 GB and 24 GB respectively, against 16 GB for the RTX 4080. matters: 320 bits and 384 bits versus 256 bits. It should be noted that AMD was careful not to specify that its graphics cards have GDDR6 memory while Nvdia’s uses GDDR6X.

Related — Radeon RX 7900 XT: Here’s What AMD’s Next Graphics Card Will Look Like

Another rather funny tackle from AMD, the manufacturer specifies that it suffices to plug in its graphics cards to be able to use them instantly. A barely hidden reference to the monstrous size of the RTX 4000s, which often requires buying a new case to be able to install it. Especially since the manufacturer is currently at the heart of a controversy, following the melting of several cables due to too much torsion. 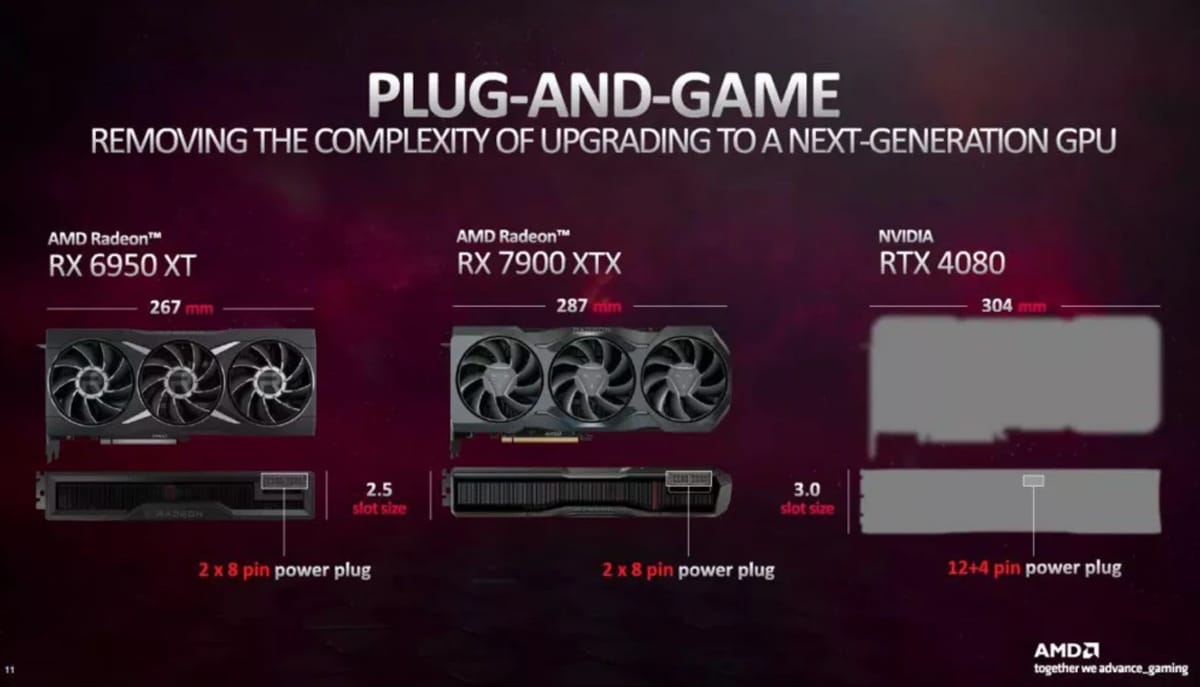