It’s not going to win any battle against the hottest smartwatches today, but it is PineTime does not pretend. It’s almost more of an experiment: one that again proves that a world beyond the Apple and Google of the world is possible.

The company responsible for the launch of the PineBook or the PinePhone is now encouraged with a smartwatch that is modest in everything, price included. The proposal is more aimed at Open Source enthusiasts, and it’s (maybe) just the beginning.

Modesty in the pretense of becoming something greater one day

This smart watch has a square design and a 1.3-inch screen diagonal (240 x 240 px) that, yes, has visible frames and that have already been left behind in almost all smartwatches on the market.

It weighs only 38 grams, and inside we find a NORDIC Semiconductor nRF52832 SoC in which the protagonist is an ARM Cortex-M4F CPU clocked at just 64 MHz, and accompanied by 64 KB of RAM and 4 MB of storage that will certainly not give much room for maneuver.

In both cases, the modesty of this model is clear compared to the current proposals from Apple or Samsung. We have, yes, with Bluetooth 5 LE, sensors such as the accelerometer and even a heart rate sensor, and also a 180 mAh battery that promises a range of five days.

The software on which it is based is the InfiniTime 1.0 firmware, in which we find some small tools such as a stopwatch, a music playback control that makes use of the Bluetooth connection or a step counter.

Too bad not being able to have a platform like AsteroidOS, apparently abandoned but that raised a clear evolution of the user interface in Open Source smart watches.

Few apps, but beware, there is joy with firmwares

This first edition is also modest in terms of its interface, limited both by the screen and by the iconography itself, although there are attempts to improve that section. The software offer itself is particularly limited —The project’s own wiki gives clues about how far we can go— but it is possible not to buy the watch as such but rather the developer kit that will allow working on applications that can be used in these PineTime. 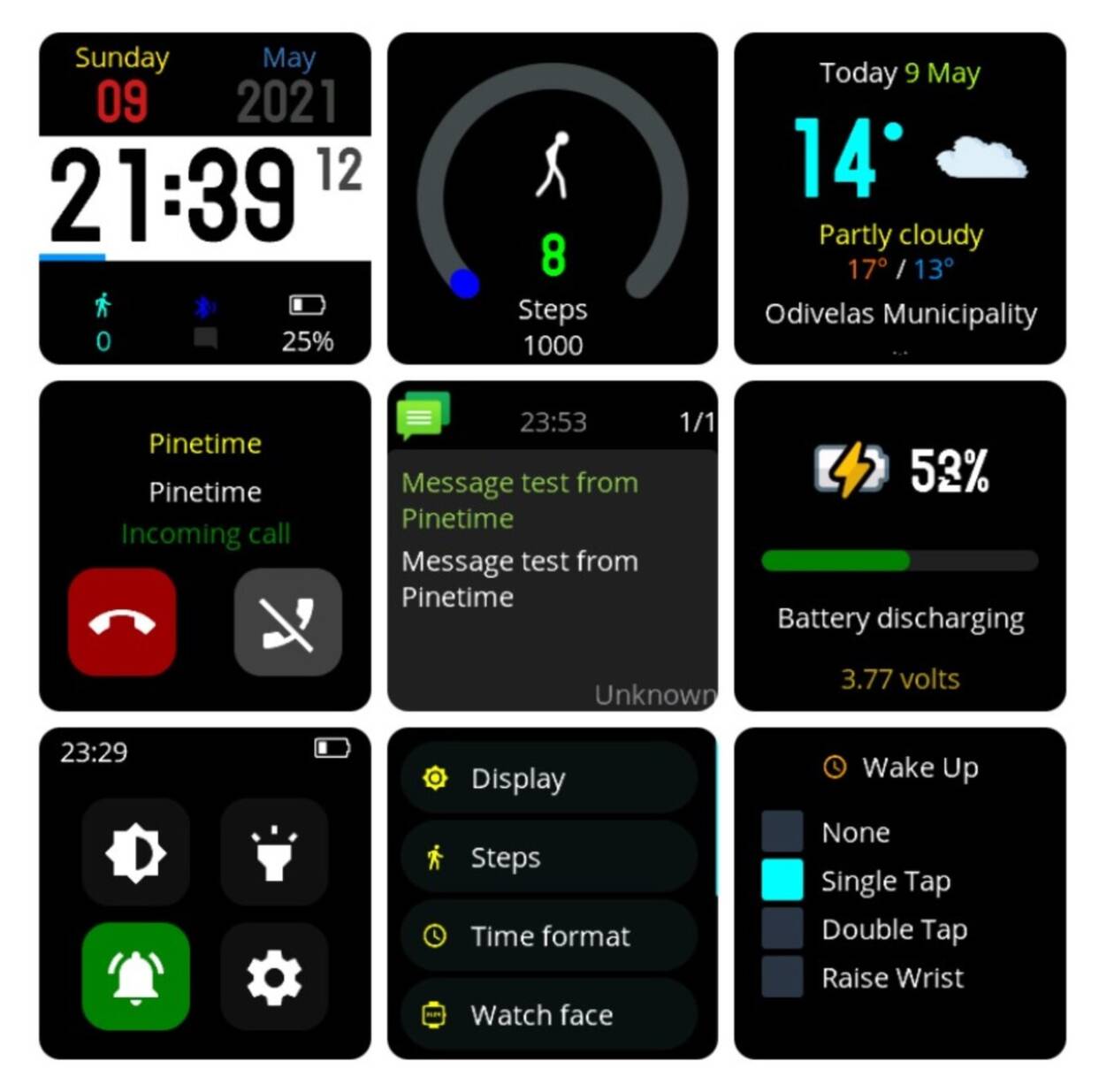 PineTimeLite is one of the firmwares available to install on PimeTime, and it offers somewhat more attractive visual options.

In fact, the hope is, more than in the applications, in the firmwares that we can use with PineTime, and that give for example more customization options than InfiniTime 1.0. It happens for example with WaspOS and PineTimeLite, two personal projects that of course demonstrate the vocation of several users who want to demonstrate what PimeTime can be capable of.

It is therefore a watch that is far from what we can do even in fairly affordable models based on WearOS or on other platforms such as Xiaomi or Huawei, which for a little more price pose much more striking bets.

However, PineTime is not so much a rival for these proposals as a demonstration that it is possible to start from an Open Source approach. One that today is too crude even for the 30 dollars that the manufacturer asks for, but as we say it can be only the beginning of more consistent and versatile future bets.