TechSmartAerezona Developers
HomeInnovationRobots that will 'take care' of the sick in hospitals with Spanish... 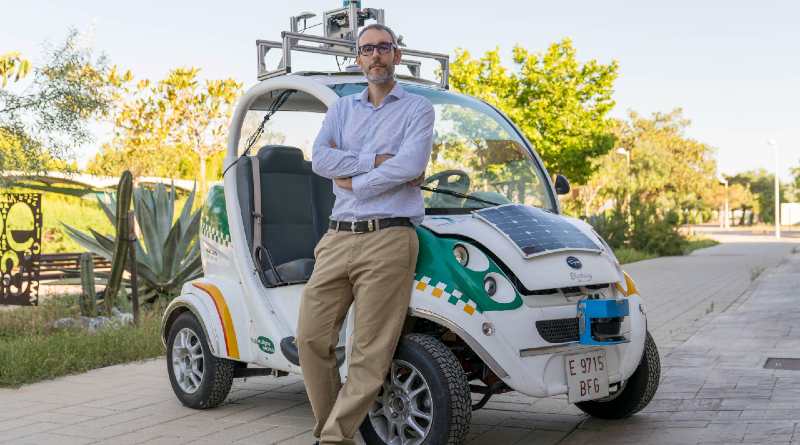 A professor and researcher at the University of Almería has developed software that will allow mobile robots to be managed and that, autonomously, can walk through hospitals and ICUs and can monitor patients, monitor their condition … and can serve as a basis for doctors who are in other hospitals offering their assistance in telemedicine.

José Luis Blanco, professor of Mechanical Engineering at the aforementioned university, has collaborated for five years with the company «InTouch Health», located in California (United States) with its simultaneous location and mapping software, which will allow the development of these robots that will offer support to doctors autonomously. At the moment the project is in the testing phase.

His research focuses on solving four major problems that a mobile robot must face. On the one hand, perception, which consists of taking all the sensors and interpreting what is around them; on the other, the location, making the robot know where it is – a kind of generic GPS – without the need for any satellite to reach it and be able to operate indoors and outdoors.

In addition, the construction of maps, integrating the sensors into a mental model, a kind of map of what is around them, which will help them locate themselves. Finally, autonomous navigation or obstacle avoidance, in such a way that the robot has to get from A to B and along the way has to plan a trajectory and avoid unexpected obstacles, and people who cross it.

The project also has a social vision, since thanks to the collaboration with the NGO World Telehealth Initiative, telemedicine techniques are being implemented in hospitals in disadvantaged countries through the use of mobile robotics.

But his research goes further. “All these technologies can be integrated into mobile machines, such as drones, mobile robots, autonomous vehicles and even virtual reality helmets,” says José Luis Blanco. For example, the ARM 197 Automation, Robotics and Mechatronics Research Group at the University of Almería, led by Manuel Berenguel, and of which Blanco is a part, has also developed an autonomous electric car project (in the image).

“What we engineers are looking for is for robotics to be at the service of society, improve people’s quality of life, avoid jobs that are dangerous for humans and generate new opportunities for wealth and business growth,” he says.

Thanks to his research, Blanco, author of more than 100 publications, -33 articles in JCR indexed journals and two books, among others- has been the winner of the second edition of the UAL Social Council Young Researchers Award in the field of the Areas of Sciences, Health Sciences, Engineering and Architecture, with an endowment of 3,000 euros.