Since its creation, Spot, the Boston Dynamics robot dog, has become an icon in the field of robotics.

However, this is not the only robot dog in its class. Recently, a demonstration by robot dogs developed by the company was unveiled. Ghost Robotics.

According to a military press release, all this is part of a process that seeks automate repetitive security tasks carried out in the space port Cape Reedbed. 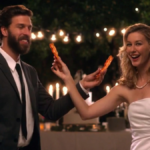 Tinder officially introduces “Plus One” to find couples for a wedding

In this sense, robot dogs have been presented as a solution for the execution of highly dangerous routines and tasks that are considered high risk for a human being.

And while Boston Dynamics built Spot to be used for civil and emergency purposes, in the case of Ghost Robotics, their robot dog is more oriented to be used in the military field.

Earlier this year, news broke that these robot dogs were being considered by the Department of Homeland Security (DHS) to be deployed to the southwestern border of the United States in order to carry out the patrolling and surveillance of this area.

According to the DHS, robotic dogs possess the stamina needed to perform tasks in both sandy and rocky terrain, also being able to climb hills without difficulty. So too, these robot dogs can make their way through man-made environments and climb stairs.

On the other hand, the manufacturers of robotic dogs released a few months ago an added function called Unmanned Autonomous Tail (NAUT) with which they were able to endow the robotic dogs with the ability to swim in shallow water.

Thanks to the incorporation of this function, robot dogs can be used for a greater number of tasks and remain operational 24 hours a day.

During the demonstration held on July 27, these robot dogs, formally known as Quadrupedal Unmanned Ground Vehicles (Q-UGV), They underwent a series of exercises, one of which was posing in front of a large United States flag.