TechSmartHow smart tech is changing life
HomeMobileAndroidRight now there is only one manufacturer that would make me stop...

It happens on many occasions that the Android market is so big, so wide, so varied, that it is difficult to make the decision to choose one or the other model when we have to renew. Because mobiles have to be changed from time to time, either because we get tired of them or because they end up irremediably damaged. Then it’s time to decide and many factors come into play.

In my specific case, from my previous mobile (a Xiaomi Mi 9) I jumped to a Google pixel 5 for various reasons. For a clean system, without “nonsense”, for a top-of-the-line photographic team, for the design (I’m not going to lie to you) and a little for work (hello, Android betas). And I am so happy with it that right now there is only one brand that would make the Pixels abandon. That brand is none other than OPPO.

Esplorio, an app to create your digital travel log

10 GOOGLE APPS THAT COULD HAVE SUCCESSFUL

The devil knows more for being old than for whatever God and our lady with the wooden leg know it well (this is from Ángel Garó, and the title above is from Javier Cansado, and it’s all because it’s Friday) that in the years that I’ve been analyzing mobiles I’ve practically tried all. The one who writes here has been talking about mobiles since 2009 and I carry enough articles and analysis behind my back to affirm that all the brands have passed through my hands. And quite a few times, in fact.

When it comes to ownership, and speaking solely of smartphones, it all started with an HTC Hero and continues with the Google Pixel 5 that I own today. Many brands, many models, and for now I think I’ll stick with the Pixel for some years. Eye, I think. I already loved Nexus back in the day, and I’ve done the same with the Pixel 3a XL sitting in my drawer, and with the current Pixel 5. 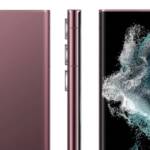 Want Galaxy S22? In the meantime, here are all the official static and dynamic wallpapers

But in recent years I have been able to gradually fall in love with another brand of phones that, slowly but surely, has been conquering the market. I’m talking about OPPO, a brand that is right now in its second coming (yes, some models like the OPPO Find 5 were already sold in Spain before its second landing) and that step on firmer ground.

I have been able to test some of its latest models, from cheap profile phones like the OPPO A5 2020 to more powerful models and called for more important things, like the OPPO Find X3 Lite. Or like the OPPO Reno4 5G that made me fall in love on many levels. And I can only admit that I think that OPPO is the manufacturer that is doing the best right now.

A signature, an increasingly recognizable stamp of its own OPPO too is proving to be powerful in photographic matter, something key in our times, and there have been several years in which it competes to have the best photographic smartphone of the season. Not to mention that the OPPO Find X5 Pro (add the amount of subjectivity you want) could perfectly be the phone of the year 2022 once the season is over. And yes, I put the iPhone in the equation.

It is not the only one that is doing things well, but OPPO is knowing how to be the best

Other brands also play their tricks in the best possible way and there are examples in all of them of the high competitiveness of the market. But in my opinion, always in my opinion, OPPO is the one who does it best at the moment and if they don’t continue with the Pixels (until the Pixel 8 you don’t change phones in this house) I think I would throw yes or yes towards one of the latest OPPO ever released when the time comes. It is fair to recognize that things are done well when they are done. Today OPPO is doing very well. Tomorrow… we’ll see tomorrow. 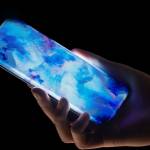 Screen on all four sides and without ports: this is the new Xiaomi conceptual mobile that is reminiscent of the Mix Alpha

After making the first episode of "Game of Thrones: House of the Dragon" available...
Apple

Apple should soon release iOS 16.0.3 with bug fixes for the iPhone 14 line

Apple released iOS 16.0.2 in September as a major update to the company's operating...