TechSmartAerezona Developers
HomeReviewsGame ReviewsResident Evil ReVerse Review: You can control Nemesis, but it's not enough

Resident Evil ReVerse Review: You can control Nemesis, but it’s not enough Let’s sum up Resident Evil Re: Verse, a new multiplayer game based on intrepid protagonists and biological weapons. The result? Not perfect.

From the enhancement system for normal fighters and creatures, to the introduction of a second map and a real Battle Pass, this experience aimed at celebrating the 25 years of the series has reached its official debut with some new features but perhaps not with those he needed to hope for crowd the nightmares of the players for a long time and now we are ready to explain why.

In addition to the tutorial, which allows you to familiarize yourself with dodging, standard weapons and basic controls, Resident Evil Re: Verse continues to offer a single game mode, a simple free-for-all (for both friends and casual players) that calls some of the well-known faces of the series to face each other in battle, strong of Viral Capsules which at the moment of defeat allow them to transform into powerful bloodthirsty biological weapons. Like the latter, the heroes are the same ones we used during the public Beta (here our test of Resident Evil Re: Verse) but on the other hand a new map has been added to support that of the Raccoon City Police Department . We are talking about the famous Baker house, the place where the tragic events of Resident Evil 7 took place and the scene of Ethan Winters’ most vivid nightmares. Unfortunately, just like the scenario of the second chapter, Dulvey’s house develops on a single level and therefore it does not allow to reach possible points of advantage to take out the opponents or to hide a little longer.

Simple in conformation and never really interesting, the two maps are – in other words – mere frames for face-to-face clashes, which if nothing else maintain tight rhythms for the entire duration of the matches (from 5 minutes each). Equipped with a high sensitivity, which ends up making it a bit too slippery, the aiming system does its duty and in general the shooting is sufficiently successful, also given the reduction of some stumbles on the front of the hitboxes. Returning to the playable characters, we still find that Chris Redfield – if only for the ease of use of his active skill pair – has an edge over Claire, Jill Valentine and Hunk, with Ada Wong and Leon Kennedy who shouldn’t be underestimated either. Able to resist lethal damage with “Wild Spirit” or deliver an empowered punch with “the AMG-78 exoskeleton“, the former STARS member armed with a pistol and assault rifle is the easiest to use, because Re: Verse matches are chaotic and therefore stricter with those who want to adopt a little more elaborate strategies. 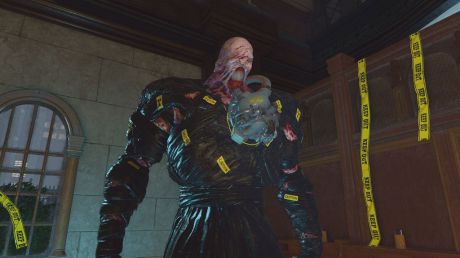 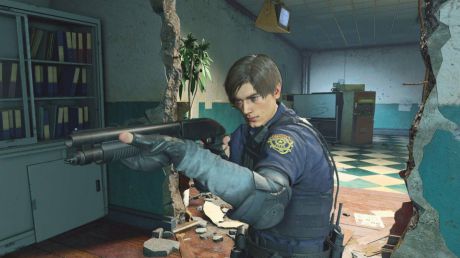 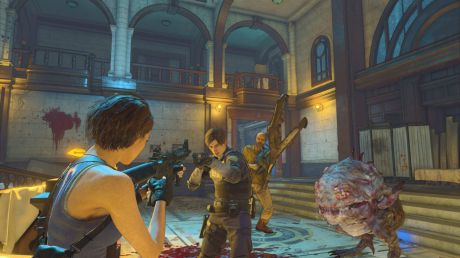 Either way, taking down a raging bioweapon with the Valentine’s mines remains satisfying, as well as ringing kills with your heart’s protagonist, net of the clumsy movement animations. Eliminating enemies in series gives more points than normal, a discourse that we extend to take revenge on their executioners. Defeat takes away a small amount of points, so it’s good to retreat when you think you have to. In spite of any competitive ambition, the outcome of a match can be overturned even at the last second, given the numerous Viral Capsules that appear in the final stages of the match and the indisputable advantage of those who, keeping away from the tussle, wait for it challengers take damage to then give them the coup de grace. From the grenade launcher, to the rocket launcher and the electric rifle, the special weapons scattered throughout the levels are – together with the active skills – a great way to get kills more easily but the real source of fun in this sense is always linked to wearing the shoes of the Creatures. If in possession of zero capsules at the time of passing, the fighter will transform into a Not really lethal micomorph but capable of charging with energy when it inflicts damage or takes damage.

By activating the appropriate skill at the right time it will therefore be possible to detonate it to bring even the unfortunates in its vicinity to hell. With a capsule, on the other hand, you can impersonate a fearsome one Hunter Beta or Jack Bakerwhich with its powerful circular blows and its furious attacks – including the iconic “Welcome to the family” – is a blast to use … but never as much as the Super Tyrant or Nemesis. 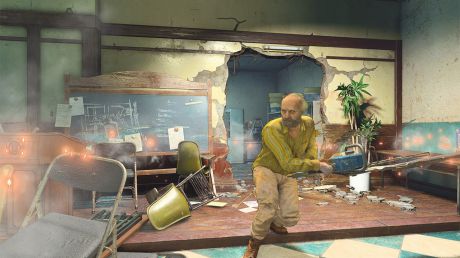 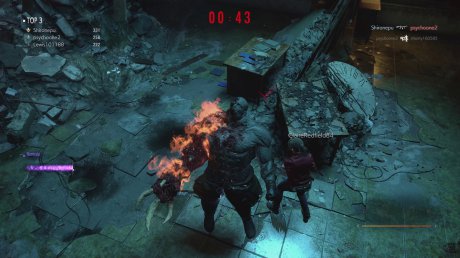 Resident Evil 3’s towering hunter uses both the rocket launcher and its tentacles to send its prey to a better life, while the mutated version of Mr. X performs brutal executions with its flaming claw. Not impossible to break down and effectively implemented – with their health progressively decreasing to shorten their stay in battle – the Creatures know how to give great satisfaction and are the main reason to dive into the arena of Re: Verse. We also point out the possibility of buying with the so-called RP points (obtainable in-game) of the upgrades to be inserted in the appropriate slots of each character. We are talking about passive talents capable of improving the effectiveness of both its abilities and specific offensive and defensive areas, from the damage bonus for headshots to the health increases for the creatures into which the fighter turns. Basically, with the same arsenal and character, a regular player – and therefore with more active upgrades – certainly has an advantage over a casual user.

Of rewards, Battle Pass and stability

Obtainable as a reward at the end of each match, RPs are not only used to acquire upgrades for Humans and Creatures but also to unlock new backgrounds for the main menu, alternative fighter skins – think of Chris’s revamped Resident Evil 7 model – cosmetic changes and weapon charms. Unfortunately, net of the initial RP boosters available to players, the earnings at the end of the games are on average quite low, especially when compared to the cost of the individual aesthetic elements, which also they’re not even that interesting. To be clear, 2000 RP as a reward for reaching a third place is not the maximum if a single celebration costs 6000. In relation to the non-exciting extra contents, at the moment there are no alternative costumes for the Creatures, let’s imagine for example a Nemesis with classic design – and therefore we frankly felt unwilling to play with the aim of replenishing the RPs. Then there is the speech of the two Battle Passes, with the Premium one that requires the additional outlay of 9.99 euros to be activated.

Well, both the rewards of the free path and the other seemed subdued (being easily visible), almost as if the insiders were keeping the best and most interesting contents for the future. On the other hand, we know that in the near future Re: verse will welcome new fighters, such as the Hound Wolf team of Redfield, additional stages and additional levels for the Battle Pass with related rewards but at the moment, in addition to the pleasure of spending a few moments of leisure in the company of the Resident Evil characters, there are not many other reasons to dive into the clashes or to complete the Battle Pass Advancement Challenges. Based on a very fast matchmaking, also thanks to presence of crossplaythe stability of the multiplayer experience is nothing short of optimal and free of hesitation, with the action remaining very fluid on PlayStation 5. Net of the choice to keep the comic filter activated or not, the overall image remains pleasant, although the scenarios proposed by the game present obvious simplifications compared to the counterparts seen in the main iterations of the series. The characters and monsters they can transform into they are always pleasing to the eyeproof of the great work done by the collectives who originally made them. 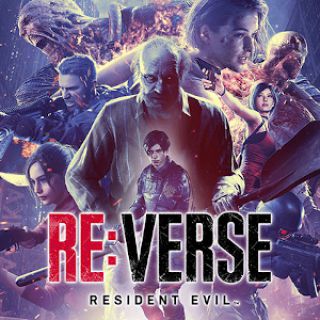 Resident Evil Re: VerseVersion Analyzed PlayStation 5Crossing the borders of the RPD or Casa Baker and fighting to the death – and then coming back to life as a bioweapon and following the fight – is as fun as it sounds, even without characters more effective than others. of the luck factor, which certainly characterizes what is an experience characterized by lightness. Unfortunately, however, Resident Evil Re: Verse has reached the launch poor in content, with only two maps, a single game mode and an uninteresting support apparatus. The cost of celebrations, skins and secondary elements, in fact, is high and the Battle Pass paths, even the Premium one, have failed to arouse our interest as long-time fans. In the future, things could change but in the current state of things the title of Neobards Entertainment does not have the back to entertain fans for more than a few hours.