Redmi 10C and realme 9i are two smartphones fitted between the affordable basic and intermediate segments, which are similar in most of the configurations on paper, but have some differences in practice, which can define which is the best of the group.

After all, is the Chinese manufacturer with the best device in its category Xiaomi or realme? We tell you the answer now, here at TechSmart.

Here we have two devices with plastic construction on the sides and back, only very different in appearance. Redmi prefers to use a transverse texture on the lid, accompanied by a large camera block with a black background, where the fingerprint reader is also located.

On the other hand, the realme has a prismatic effect on the finish to look more elegant, in addition to the module for the lenses in the same format as more expensive models. Apart from the more advanced biometric sensor than the rival, integrated into the power button.

It’s no surprise that both don’t have any certification to protect against dust and water. They have the same weight and nearly the same thickness, but the 9i is smaller in height and width. Not to mention the hole-shaped notch, more modern than the drop layout of the 10C.

The triple drawer present in the duo supports storage expansion by microSD card. They are still similar in connectivity, as they contain 5 GHz Wi-Fi and Bluetooth 5.0, but no NFC support.

realme offers a design with more benefits than Xiaomi and opens the scoreboard.

Although both offer an LCD screen, the 9i reaches a level of brightness above the competitor and others in the segment, in addition to getting more right in the color calibration. At the very least, you’ll get good contrast and a decent viewing angle on any of these models.

Redmi has a slightly larger display, but the large amount of edges makes the rival have the greatest frontal use. The realme is still the only one of the duo that brings a Full HD+ resolution and a 90 Hz refresh rate, which guarantees greater fluidity in the system’s animations.

With superior quality, the realme 9i extends the score. 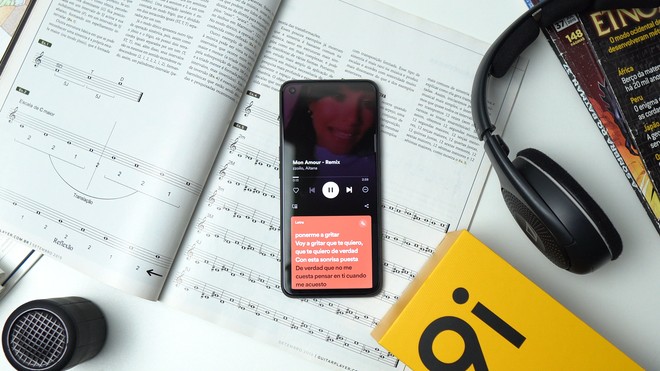 Xiaomi kept only a mono speaker on its cell phone, while realme took great care in this regard and placed a stereo audio system, which takes advantage of the sound output of calls as a secondary channel. This means that the 9i provides greater immersion to its user.

Its sound power is also above the Redmi, in addition to not distorting at maximum volume, as in the competitor. In terms of quality, this is another realme advantage, as it offers a more balanced sound between bass, midrange and treble.

On both sides, we see the physical connector for headphones, but none of the manufacturers sends the accessory in the package.

For the entire feature set, the realme 9i scores one more point. 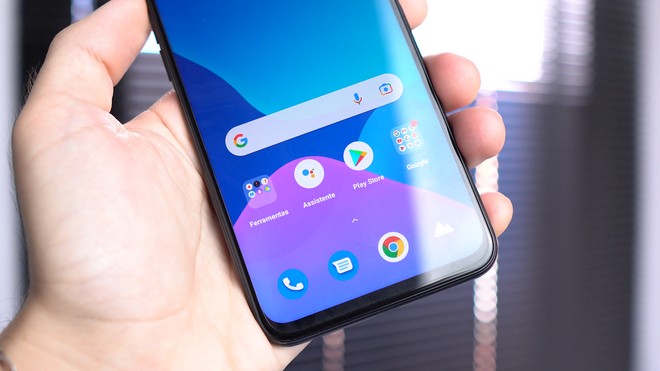 Both the 10C and 9i come out of the box with native Android 11. They are guaranteed to be updated to version 12 of the operating system, but don’t expect them to always have the latest security patch.

In terms of fluidity, we have an advantage over the realme model, thanks to the 90 Hz panel, which favors making the interface smoother. A pity that the duo does not support 5G, that is, the mobile network will be limited to the fourth generation in them.

Moving on to the resources, Redmi’s MIUI stands out for its Game Turbo, to house all the games in a single space, and the customization options, even in a leaner software than more expensive “brothers”. The Realme UI of the 9i is identical to that found on more advanced phones of the brand and offers app shortcuts in the side menu and some customization alternatives as main functions.

Realme’s fluidity and more complete interface give it the point.

In terms of performance, we have here two devices powered by the same Snapdragon 680 mobile platform. The difference is that the 9i comes with 6 GB of RAM, against 4 GB of the 10C. Does memory influence here? We found it to be so in our tests. The realme needed almost a minute less than the competitor, mainly because of the much more efficient multitasking.

As they have the same chip as Qualcomm, the benchmarks end up even, whether on Geekbench or AnTuTu. In games, both are above the category average, with a slight advantage for the 9i.

These devices come equipped with a 5,000mAh battery. Despite the equal capacity, the realme proved to be more prepared to hold out for a longer time. It had almost 31 hours of autonomy, just over 3 hours ahead of the competition.

When we go to recharge, we again have a comfortable distance in favor of the 9i. With its 33 W adapter, it is possible to complete the process in less than 1 and a half hours, well below the almost three hours that Redmi takes, with its only 10 W charger.

This is an easy point for the realme 9i.

On both sides, we find a set of rear cameras led by a 50 MP main sensor. But Redmi only has two lenses, while realme comes with three.

Despite the similar resolution, it’s pretty clear that the 9i is able to better exploit the camera with its software. It hits more than 10C in HDR and sharpness, in addition to having higher quality night photos, even though it’s still far from perfect.

Their macro sins for the same reasons. Here we talk about the low resolution and the fixed focus, which makes it difficult to even find a point for better images. To top it off, only the realme model comes with a blur lens, which does a good job of separating the planes.

The 9i scores for offering higher quality and more versatility.

The camcorder of the two is limited to recordings in Full HD at 30 fps. These devices suffer a little from shaking in the videos, due to the lack of some stabilization system. Redmi’s focus is more agile than its rival, but the duo suffers from the sound system, due to quality problems.

The Redmi tip this time, for the superior focus.

Photos taken with realme 9i

The Redmi’s front camera is a simple 5 MP, against a realme’s 16 MP. Although the 10C does not disappoint in selfies, the 9i records come out with better definition and achieve much better results at night. Their front-facing footage reaches Full HD resolution, but lacks in general quality.

The better quality of realme makes the company score another point.

The two Chinese landed on the domestic market. The Redmi 10C arrived at a suggested price of BRL 1,600, lower than the BRL 2,300 charged at the launch of the realme 9i. In the current scenario in Europe, the Xiaomi model is the only one that can be found for less than R$ 1,000 and still maintains a good margin for the competitor.

In other words, Redmi takes the last point.

In the duel between the two compatriot models, realme won with a rout. The 9i proved to be the best option for having a more modern design, a fluid screen, a more powerful sound, a system with better features, faster performance and a battery with longer autonomy and less recharging time.

It also offers the cameras that take the best pictures, both in the rear and front set, even a little behind in the videos. On the Redmi side, its great appeal to the consumer is its cheapest price in the Europeian market. Whether this difference in cost will pay off for you will all depend on your personal needs and preferences.

Between Xiaomi and realme, which one has the device that best meets what you want? Do you prefer to pay less for the Redmi 10C, or do you think it is worth paying more for the realme 9i? Join us!

Competition for chip production will affect Japan, Korea and Taiwan, and Nvidia, Samsung or...