TechSmartAerezona Developers
HomeTech NewsRedmi 10C vs Galaxy A03: most complete basic cell phone is the...?...

Redmi 10C vs Galaxy A03: most complete basic cell phone is the…? | Comparative

The Redmi 10C and Galaxy A03 are considered two entry-level smartphones, which go beyond the basic features, with the difference that they do not disappoint in games and have other positive points within the segment.

When placing the Chinese and Korean devices side by side, is the best option for the consumer Xiaomi or Samsung? Let’s find out the answer here, in the TechSmart Comparative.

Starting with the design with two similar looks on the front, thanks to the teardrop notch, but very different on the back, as each manufacturer has chosen a path for the cover of their devices.

Xiaomi preferred to use a black block divided into two parts: one to house the cameras and another that contains the brand’s logo and the fingerprint reader. On the other hand, Samsung kept a more square module. The Chinese used a transversal texture, while the Korean preferred to apply lines that cross. Solutions to make the footprint less slippery.

Anyway, we have all plastic construction on these two, plus there isn’t any protection against liquids and dust. The Galaxy also gave up having a physical biometric sensor. At least, it is the smallest in height and width, against a thinner and lighter body of the Redmi.

Both the 10C and A03 support storage expansion, with a dedicated microSD card slot. In connectivity, the duo has compatibility with Wi-Fi AC and Bluetooth 5.0, but no NFC. Redmi still comes with a USB-C port, more advanced than the rival’s micro USB.

With more differentials in relation to the competitor, Xiaomi opens the scoring in the duel.

As we talk about two basics here, we have LCD-only screens that don’t go beyond HD+ resolution. One consequence ends up being the brightness level far from ideal, which hinders use on sunny days. Color calibration is also far below other more advanced materials. Even so, the Galaxy manages to do better than the Redmi on these two points.

At least, Xiaomi’s model has a slightly larger panel and fewer edges than Samsung’s. But their refresh rate does not exceed 60 Hz, which limits the fluidity of the system’s animations.

The 10C scores for its larger size and better frontal use. And the A03 stands out for offering more brightness and better colors. 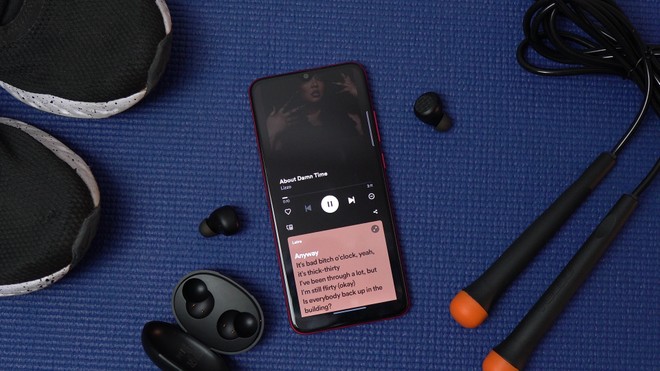 In the sound part, we find only one mono speaker in each of them. In other words, the audio ends up without offering the ideal immersion to the user, when listening to music or watching videos.

In terms of quality, the two distort quite a lot at maximum volume and don’t offer a good balance between frequencies. The power of the A03 is a little above, which ties this issue.

Either way, you’ll have a physical headphone jack on both, but without the accessory in the box.

With a more powerful sound, the Galaxy notes the point in this regard. 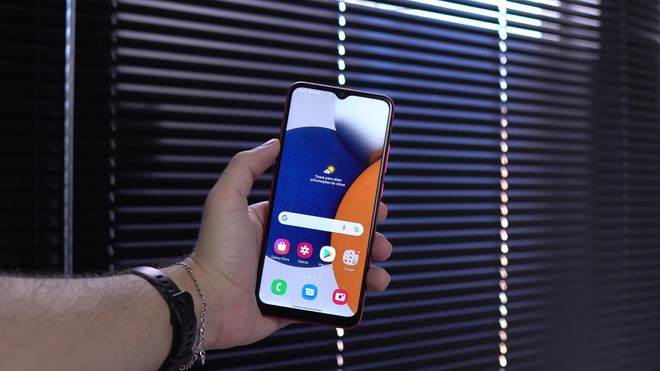 Both Chinese and Korean still come with native Android 11, but both have version 12 of the “little robot” guaranteed. However, the trend is that you have more monthly updates on Galaxy than on Redmi.

They don’t deliver the smoothest experience you’ll find on the market, and the lack of a higher panel rate limits that quite a bit. The two also do not support 5G, which leaves the mobile network restricted to the fourth generation only.

In features, even with a leaner MIUI, the 10C comes with Game Turbo, to bring the games together on a single screen. Something similar to Samsung’s Game Launcher, which inserted the functions of more expensive models into its basics, such as the Edge Screen shortcuts.

Overall, we found a more complete experience in One UI. So the A03 scores this time.

The Redmi 10C comes equipped with the Snapdragon 680 platform, against the Unisoc T606 present in the Galaxy A03. Considering they both have 4 Giga of RAM, which one delivers the best performance? By our tests, the winner was the Korean, with a lead of 27 seconds over the Chinese.

In the benchmarks, the scenario changes, and we have the Qualcomm chip above the one created by Unisoc, both in Geekbench and AnTuTu. In games, these two do not disappoint and manage to run games above average for the category. This means that you will still be able to play at medium quality with some filters enabled.

For better performance in multitasking, we have a point for Samsung.

Manufacturers didn’t dare and went with the traditional 5,000 mAh battery capacity. Even so, they last for more than a full day of unplugged use, with a Galaxy advantage of almost 50 minutes.

The loading indicated for a different situation. With Xiaomi’s 18W adapter, the Redmi is able to take half an hour less than the A03. This makes him reach 100% in less than three hours, something the Korean doesn’t do.

Greater autonomy against faster recharge. One point for each.

On both sides we find a dual set of rear cameras. Redmi’s main 50 MP may have a more advanced sensor than the Galaxy’s 48 MP, but in practice we see the opposite. Samsung’s software extracts more from the sensor than Xiaomi’s, with better HDR and superior sharpness both day and night.

The modules do not have an ultrawide or macro lens. The option of the manufacturers was for the depth sensor as a secondary. But even so, the A03 hits the blur better, registering a good effect and without many errors, as found in the photos of the 10C.

In other words, it’s point for Samsung.

The camcorder of these devices does not go beyond Full HD resolution at 30 fps. The quality is not the best in the videos here. Good to reinforce that they don’t have any stabilization system to deal with shakes. Stereo audio capture suffers from being muffled, while the focus is more agile on Chinese.

In the tiebreaker, Xiaomi scores this time.

Photos taken with the Samsung Galaxy A03

Their front camera is restricted to a resolution of 5 MP and suffers from the same issues. The daytime selfies are decent, but the nighttime ones end up with a lot of grain. The duo’s portrait mode is also far from perfect. At the very least, they support Full HD head-on recording.

With no advantage on either side, we have a tie.

These devices arrived in Europe officially. The Redmi 10C was launched at a suggested price in the range of BRL 1,600, more expensive than the BRL 1,300 initially charged for the Galaxy A03. In the current market scenario, the Korean is still cheaper and costs around R$ 800, less than the R$ 1,000 for the Chinese model.

Thus, Samsung closes the duel with the last point.

The duel between the basics had the Korean as the winner. Still, Redmi has its good points. It offers the most modern design with a biometric reader, the largest screen with fewer borders and the videos with a more agile focus. In addition, it ties in selfies against the rival.

The Galaxy, on the other hand, has the brightest panel and best colors, the most powerful sound, the system with the best overall experience, the fastest performance and the longest battery life, despite taking longer to recharge. In addition, its rear camera set achieves superior results. To top it off, it is the A03 that provides the best cost-benefit ratio in the current Europeian market.

So, of these two, which one would you take home? Comment with us!