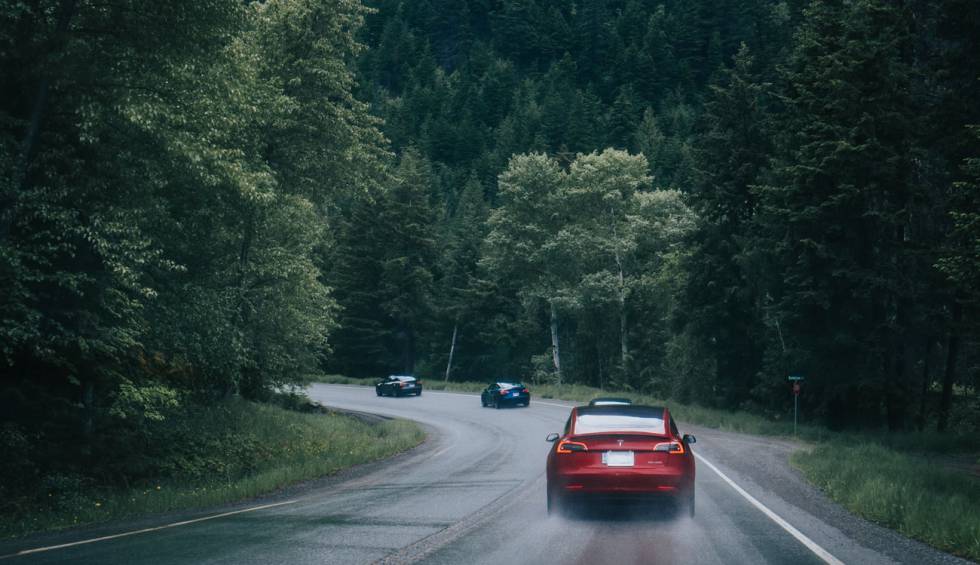 We are all clear that when massive floods occur and roads are completely flooded, driving a car is practically impossible Because as soon as the water is higher than the wheels, the combustion engines usually stop working, unless we install a snorkel with which the engine can continue to receive air.

Another Tesla seen from inside wading on a flooded highway in China. Not recommended but works. @elonmusk pic.twitter.com/EGnIrQKynK

And in recent days there have been some areas of the planet that have been particularly harassed by torrential rains. This is the case of China, which, although it usually suffers from episodes of this type every year, this year seems to have been different because have served to discover a new type of urban boats, that do not need to be transformed because they are present on our streets with a shape curiously similar to that of a Tesla Model 3.

Accelerate and open the waters

As we tell you, those torrential rains have served to see images on social networks of owners of Tesla Model 3 that they behaved in the water as if they had amphibious functions. You know, the possibility of getting sickle and kick in the middle of a stream and continue with the march where other models fail and are stranded waiting for help.

The evidence of this quality, which few assumed, has come in the form of videos and that you can see throughout this information where it becomes evident that where other cars stop and are left at the mercy of the current, Tesla’s Tesla Model 3 goes on and on until it finds a way out. This is the case, for example, of the test that you have just above where one of Elon Musk’s EVs dodges the danger of the flood while holding on to the ground and maneuvering with apparent ease.

You’ve probably watched this clip from China already but many of you may not know driver & passengers were saved thanks to the wading capability of Model 3, which was coming out of a completely flooded tunnel where there were still some vehicles trapped inside. pic.twitter.com/1xMMIjJ21q

The Australian already warned a few months ago that their cars could behave this way in circumstances like those seen in China Recently. So much so that another of the videos that test this launch mode has an extra point of drama since the owner of the Tesla has just managed to escape from a flooded tunnel where, according to witnesses, other cars were trapped and unable to move forward. The electrical condition of the EV and the absence of a combustion engine that needs air to run are some of the causes of this new mode that, in a disaster like the floods in China, has stood out as a new reason to trust them. . Do not?