Luckily, there are many very good phones in the entry range. And it is that not everyone needs to pay a lot to have a good mobile that is functional for basic uses. And the Realme C35 is a good example of this after its presentation last February.

In EuroXliveAndroid we have been able thoroughly test this device and we have drawn interesting conclusions. We are already advancing some weak points in terms of design, but we also anticipate that it is a device that has surprised us for the better in the field of performance.

Design and multimedia, where this Realme C35 is weakest 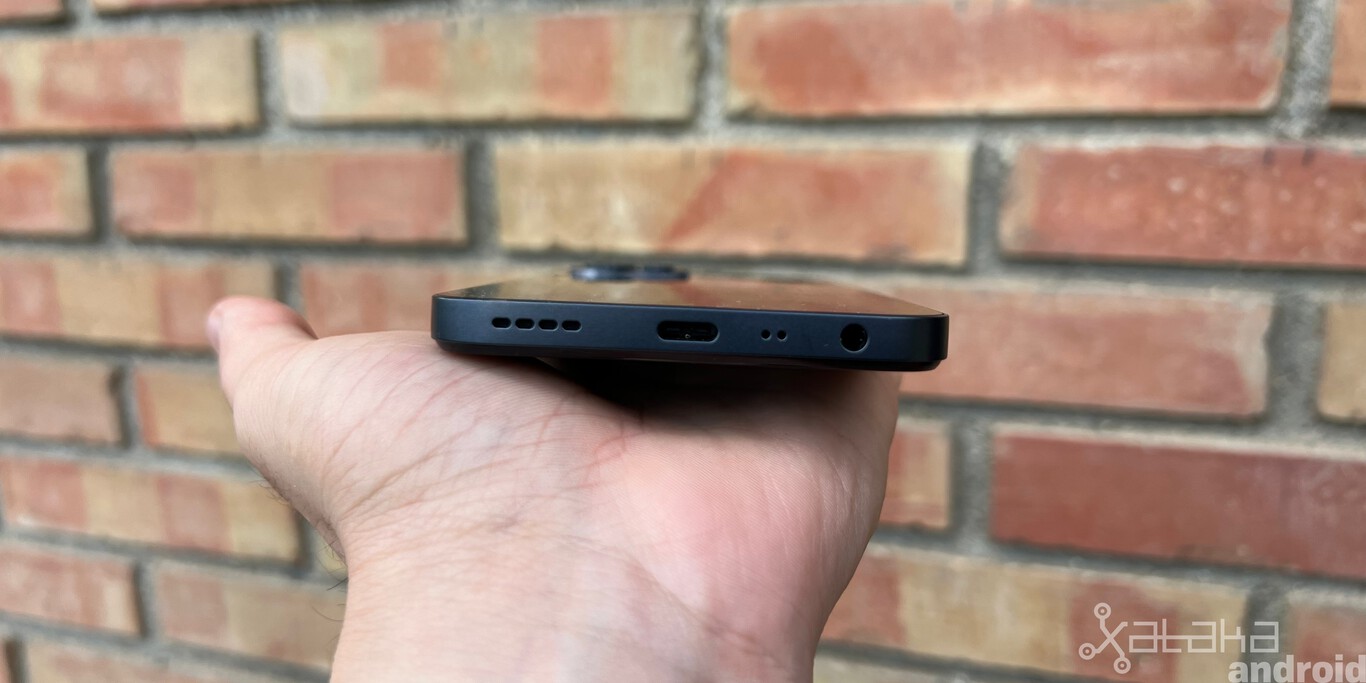 If we look only at the aesthetic section, and despite how personal this perception is, we can say that it is a very nice device. It offers flat edges that look great and materials on the back that, despite being made of plastic, suit it very well. Precisely at the rear we find a very striking mirror effect that also does not dazzle.

Now we must say that not a comfortable phone in hand. The flat edges, despite how good they feel, end up being uncomfortable when the phone is used without a case for a while. But this feeling of discomfort is increased because the screen does not follow that aesthetic pattern and the division between it and the rest of the body is very noticeable. We did get the feeling that we could cut ourselves when passing our hand between the screen and the chassis (just the feeling, thankfully). So that you can get an idea, it is as if you have a mobile with a curved screen and you put a square case on it. 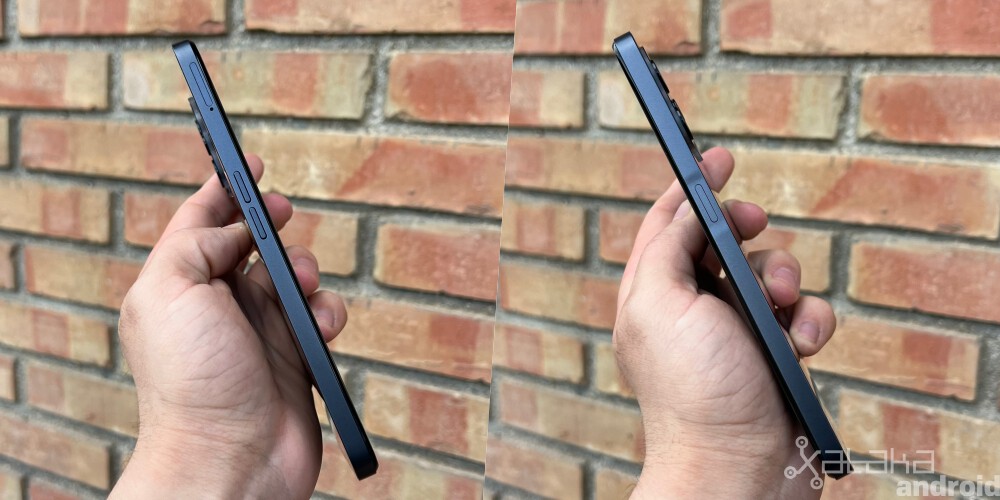 On the screen we cannot positively highlight its technology, since it is an IPS panel. However, and in the context of an input range like this, we cannot blame it either. Is a good IPS panel and with a perfect size for multimedia consumption with good color calibration. However, the brightness is considerably low to offer a good view outdoors. Even with light conditions that are not particularly unfavorable, it has been difficult for us to see the content well when on the street. 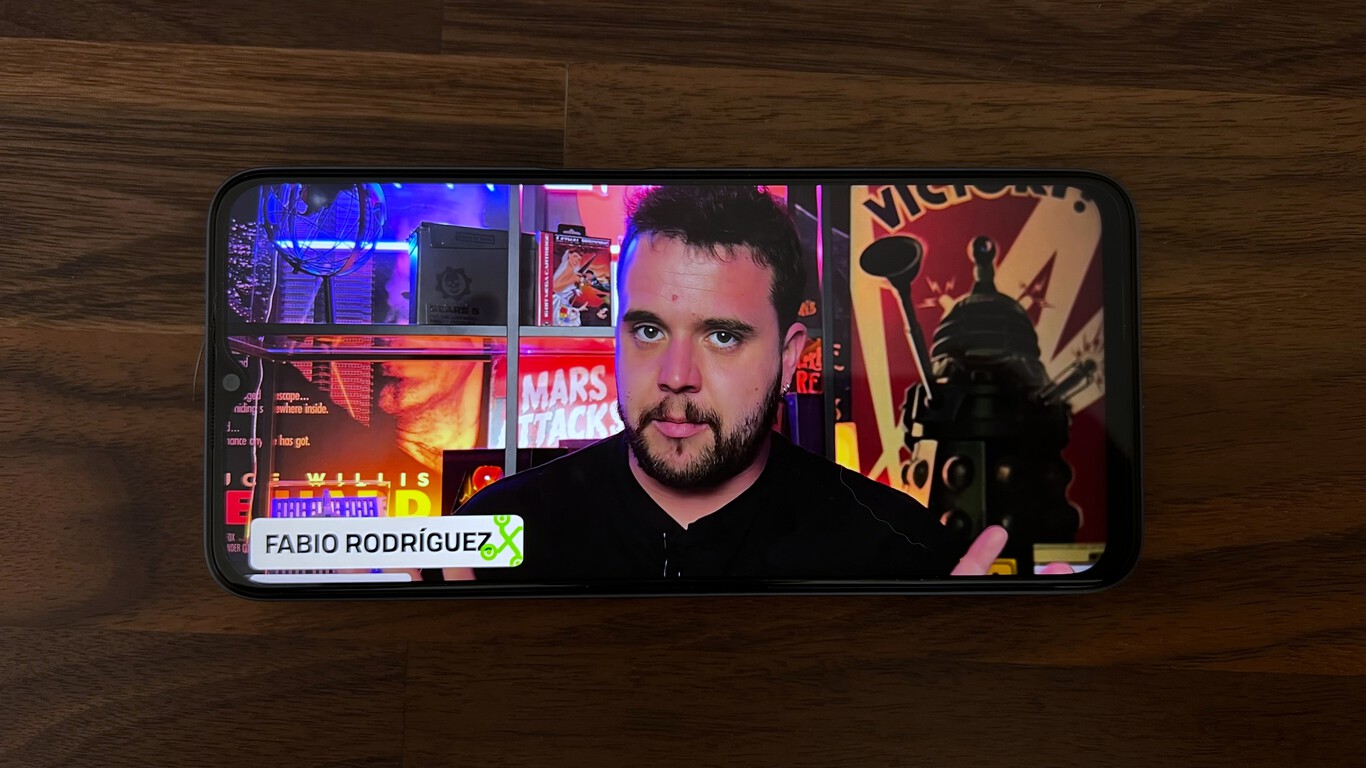 This Realme C35 includes a headphone jack like most phones in this range. And thank goodness, since its own loudspeaker has too many shortcomings, offering a canned sound very unnatural at any volume range. We insist again that it is an entry-level phone and no big boasts can be expected, but there are devices of a similar range with a better sound system.

It performs well and its software, like its fingerprint reader, is wonderful 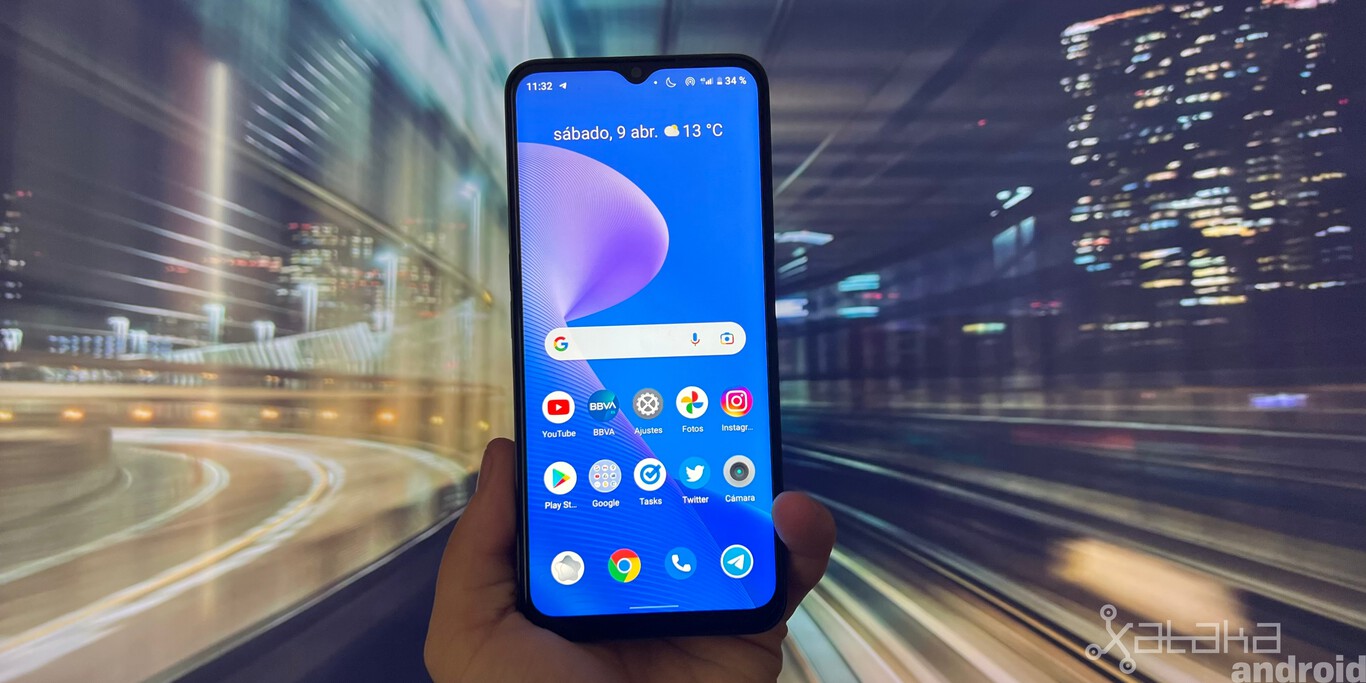 Finding a UNISOC T616 as a processor means that, on paper, we cannot expect too much from this device. However, as basic as this chip is, the performance has surprised us for good if we take into account the context of being an entry-level mobile. We have had to squeeze a lot to find certain lag, such as having several demanding apps in the background or trying high consumption games.

In everyday use, the device is not one of the fastest, but it does not take forever to open apps or execute tasks as one might expect. For this reason, we warn you that your benchmark compared to rivals in the same price range they are somewhat misleading. 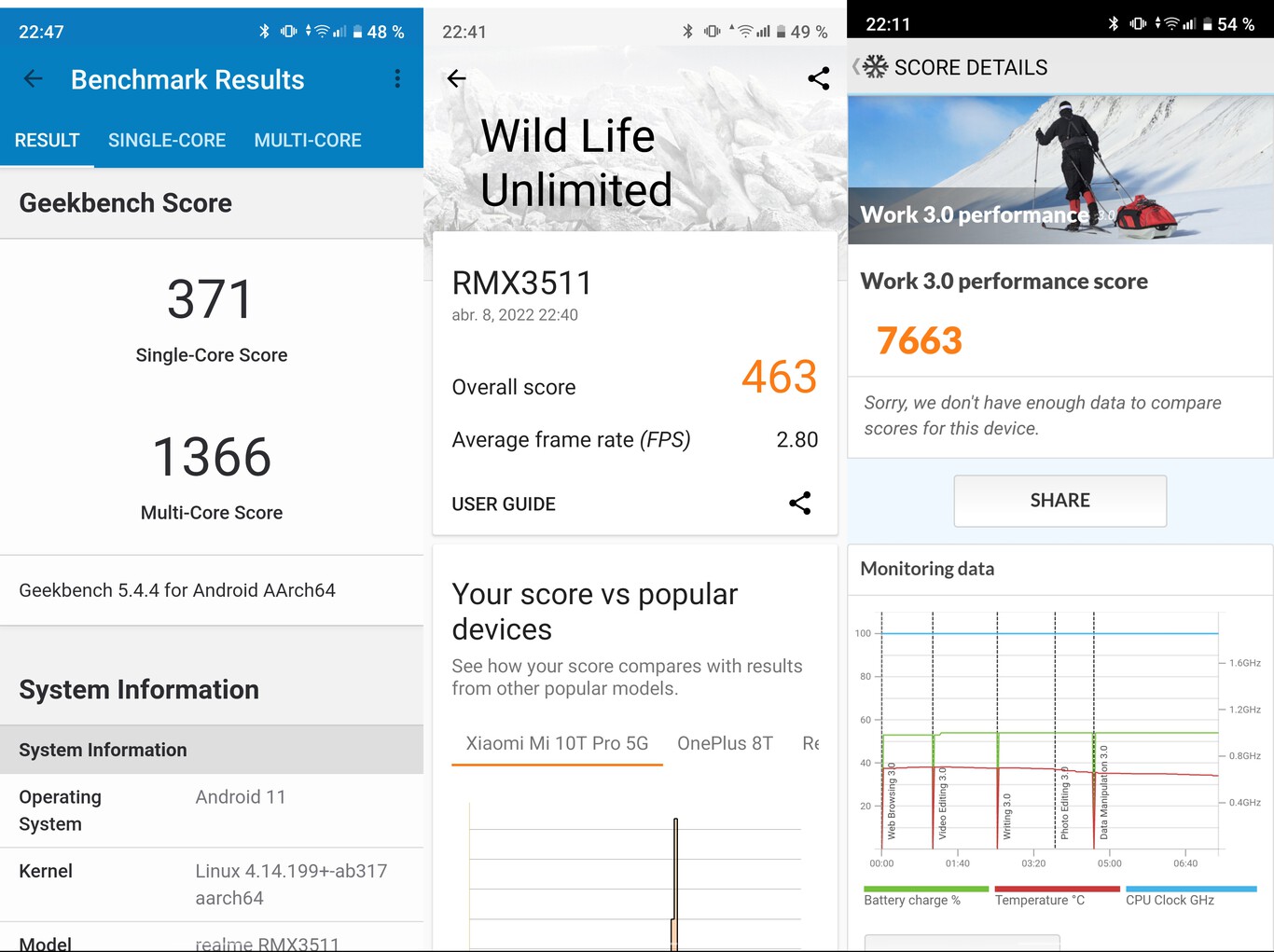 And along the same line goes the fingerprint reader. Perhaps the worst thing about this biometric system is being placed on one side, but in the end that is also down to taste. Is a quick recognition system for what we usually find in this range and we have not found recognition failures, so it has nothing to envy the higher range readers.

The software, despite having a personalization layer of Realme’s own, it dresses almost pure Android. It offers a very similar experience to stock Android, so this also helps that performance is not affected. Of course, it comes with Android 11 and, despite being a low range, it is something that should be negatively highlighted when there are already mobiles of all kinds of ranges that mount Android 12.

As far as autonomy is concerned, to say that we have been able to reach the end of the day with 15% battery and around 7-8 hours of screen time with common applications (messaging, casual games, calls, video calls, social networks, GPS, etc). Therefore, it is a mobile that can perfectly last a day and a half with battery. Its fast charging isn’t the fastest, but it isn’t the worst either, charging the device from 0% to 100% in about an hour and a half.

Acceptable cameras for this price range

Starting with the most basic, which is the camera interface itself, this Realme C35 has a very simple interface in which we barely found quick options. By default, it offers an automatic image capture mode, also having access to video recording and portrait mode, which this customization layer places in the “vertical” tab. Already in “More” we find other modes such as burst, night mode, macro or manual camera options. 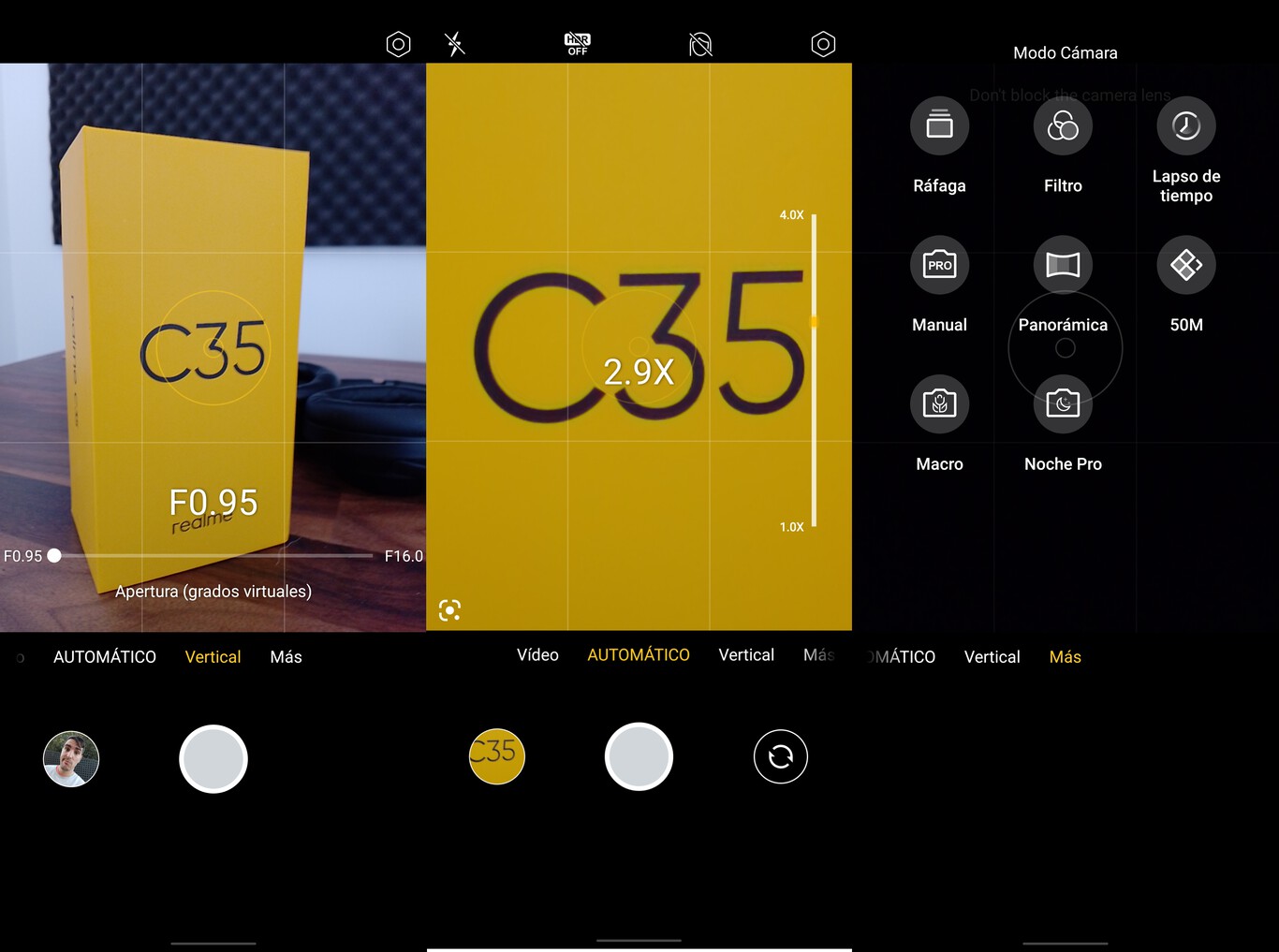 As far as photography is concerned, we can find different modalities, including a HDR mode that considerably improves the photos, but not in the main lenses, but in the front. We will see each of the results below, but first of all we will tell you that this section has surprised us for the better if we take into account that it is an access range mobile. 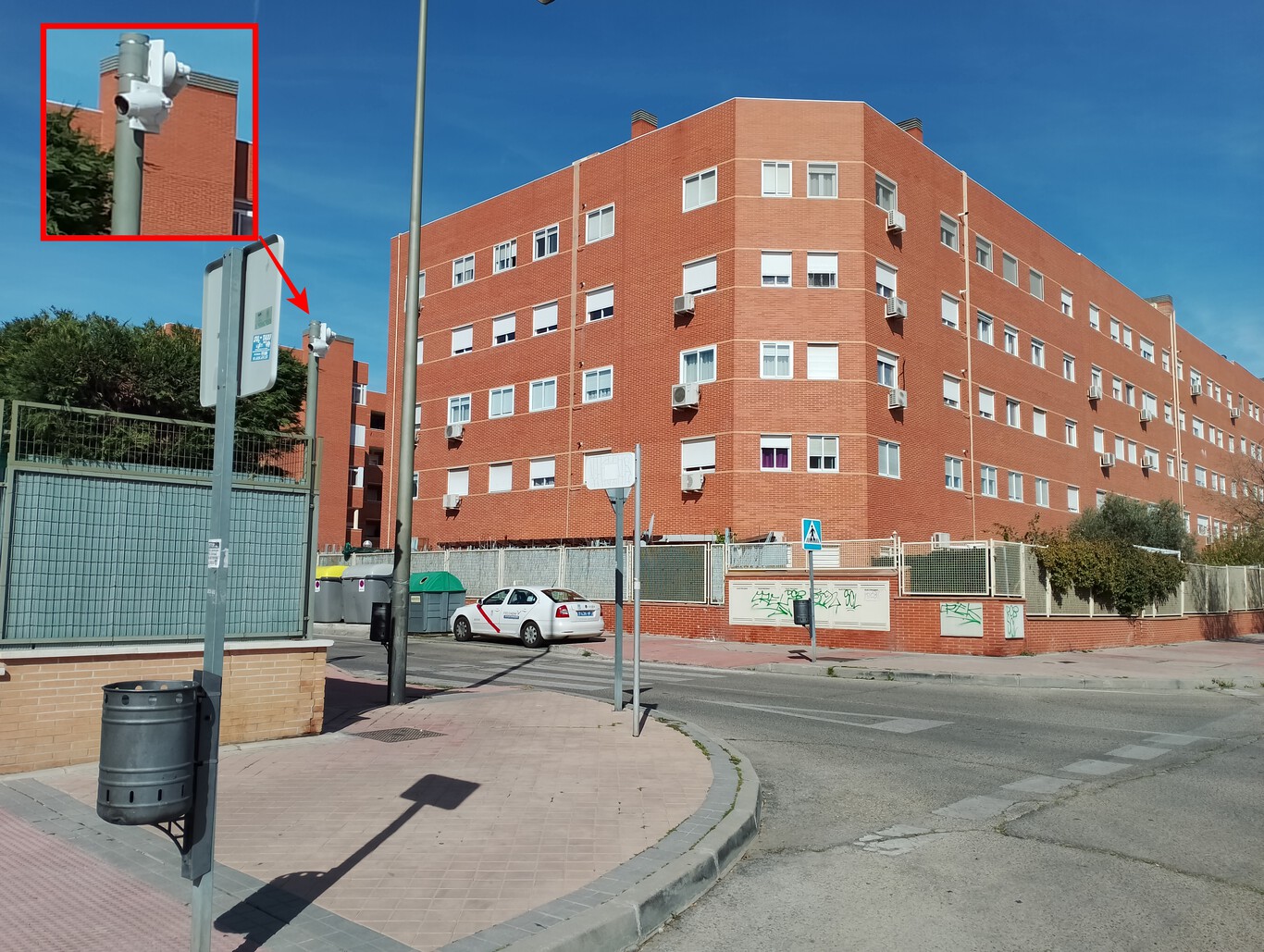 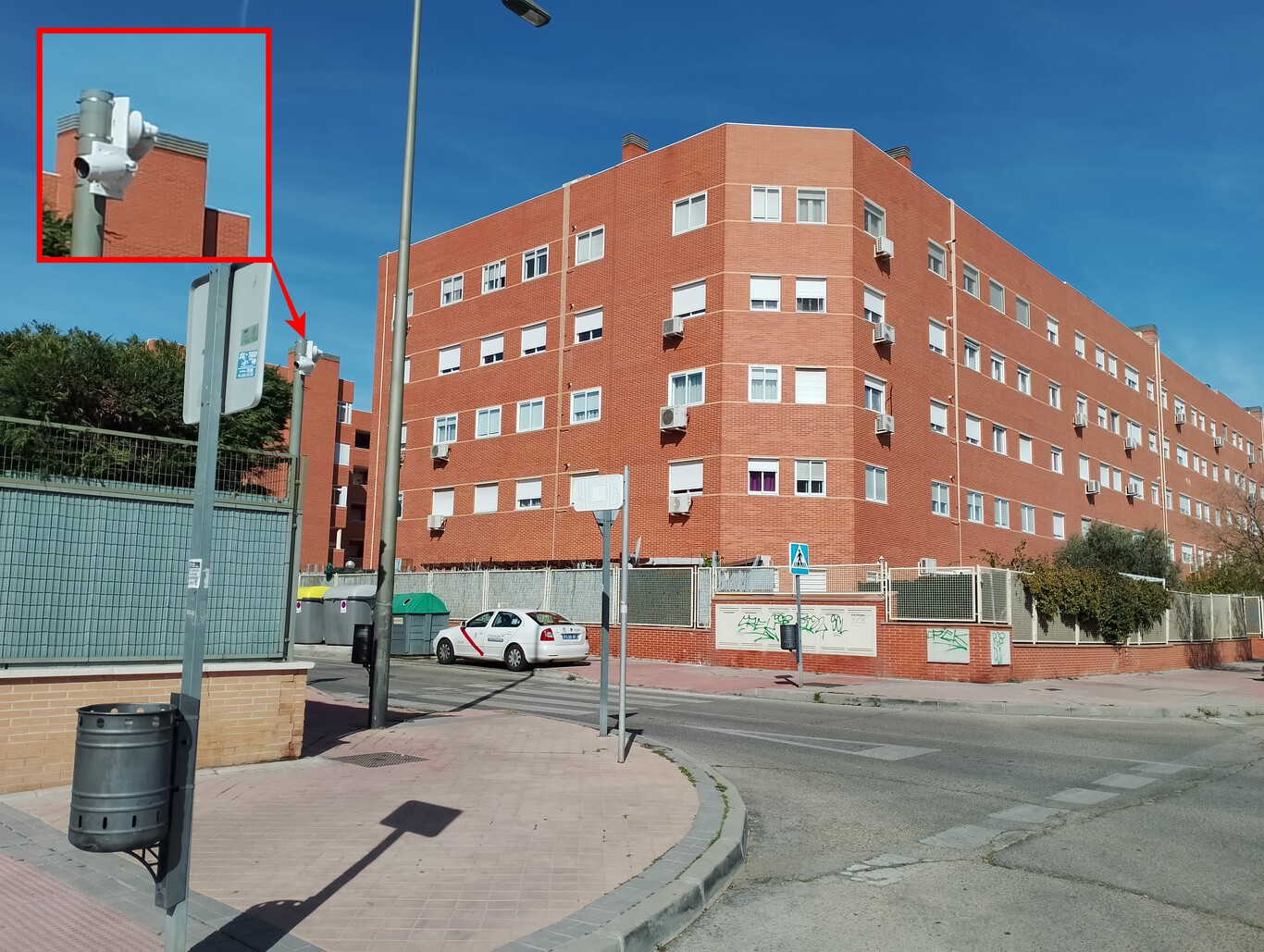 The color capture with the main lens during the day is good, however it loses details as can be seen in the examples, without being able to differentiate the bricks of buildings when we zoom. In fact, in this case we do not see much change between having HDR activated or not. We do not know if it is a bug that can be resolved in future updates, but it is surprising to say the least. And for worse. 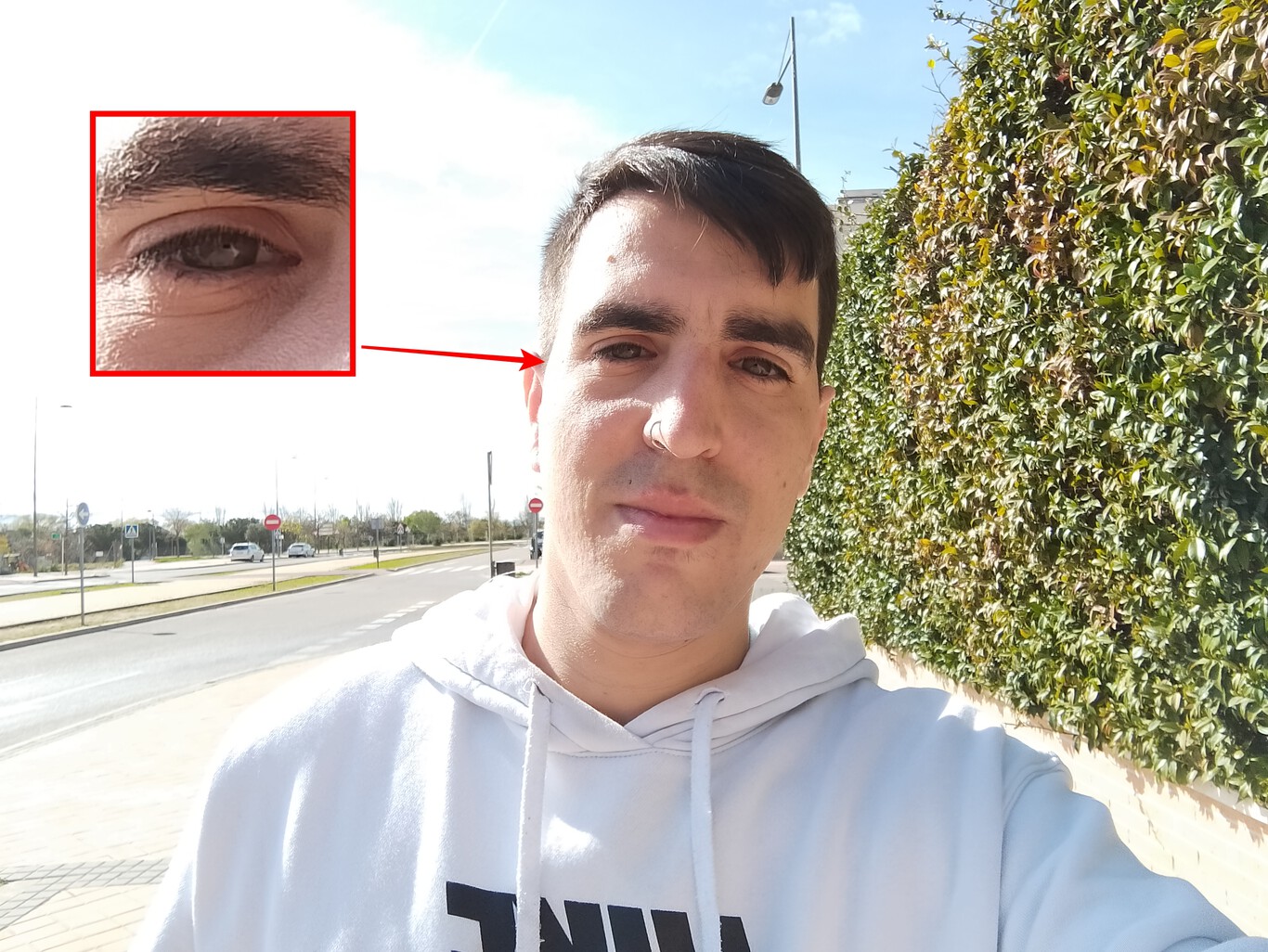 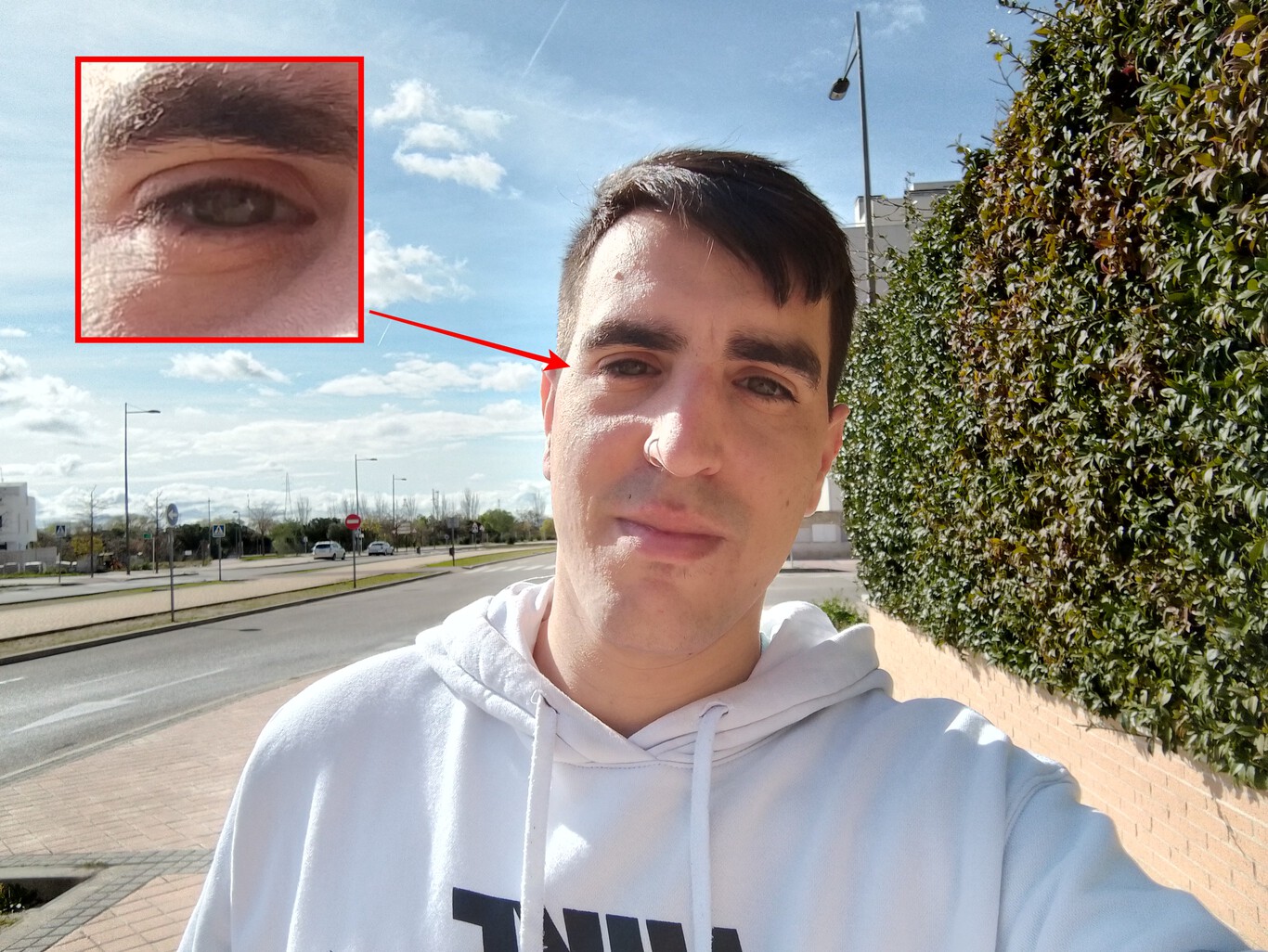 In the selfie camera we did notice the enhanced with HDR, especially in the details of the sky, which looks blown without this function inactive and yet improves in color when HDR is turned on. For the rest, it performs well, but loses when enlarging, offering very pixelated results and without much detail. 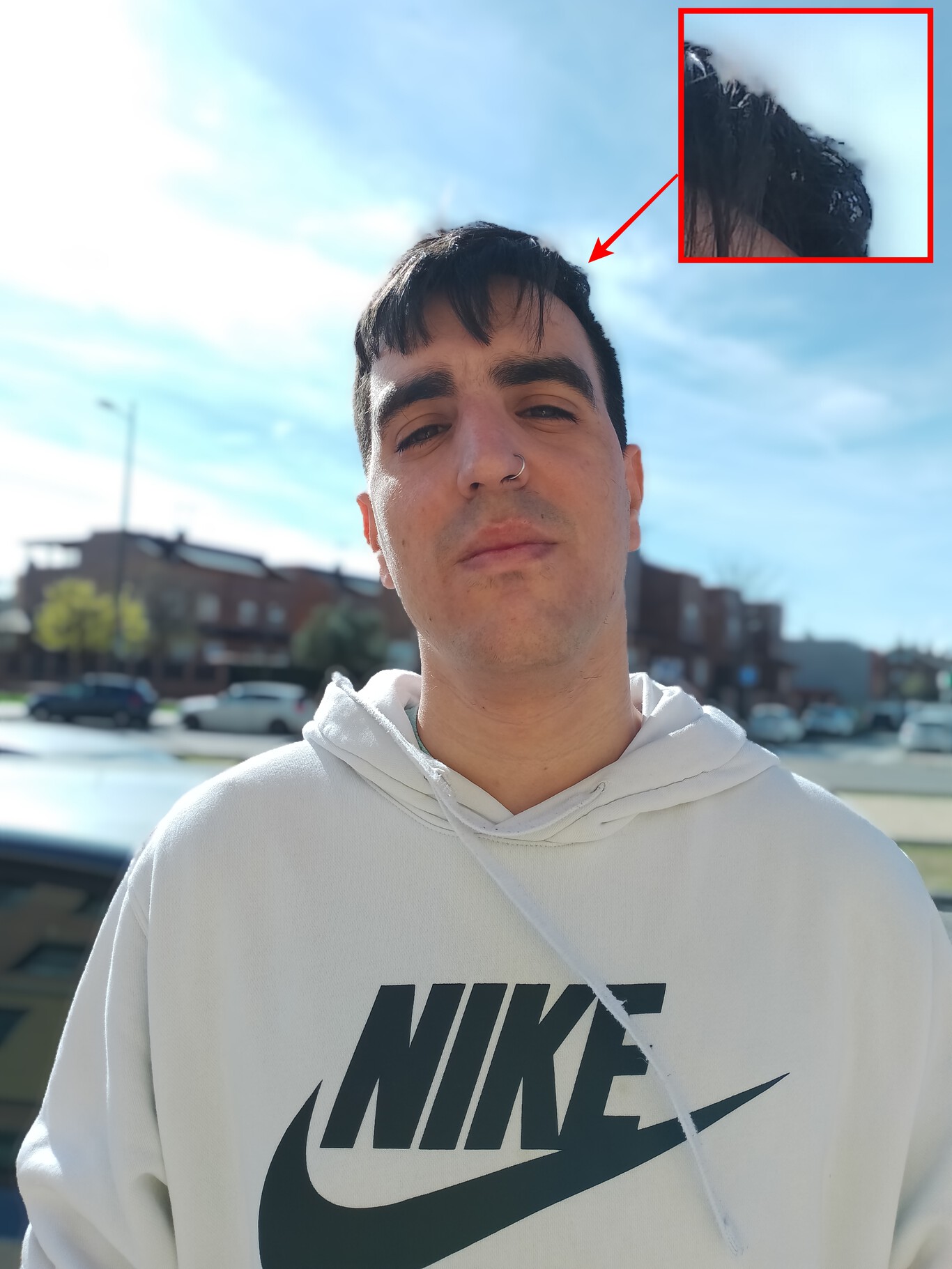 The Portrait mode crop level leaves to be desired. We can see it in the previous sample, in which not only deficiencies are seen in the always problematic hair, but also in some parts of the sweatshirt. However, it captures color well and the manually adjustable degree of blur is a big plus point. 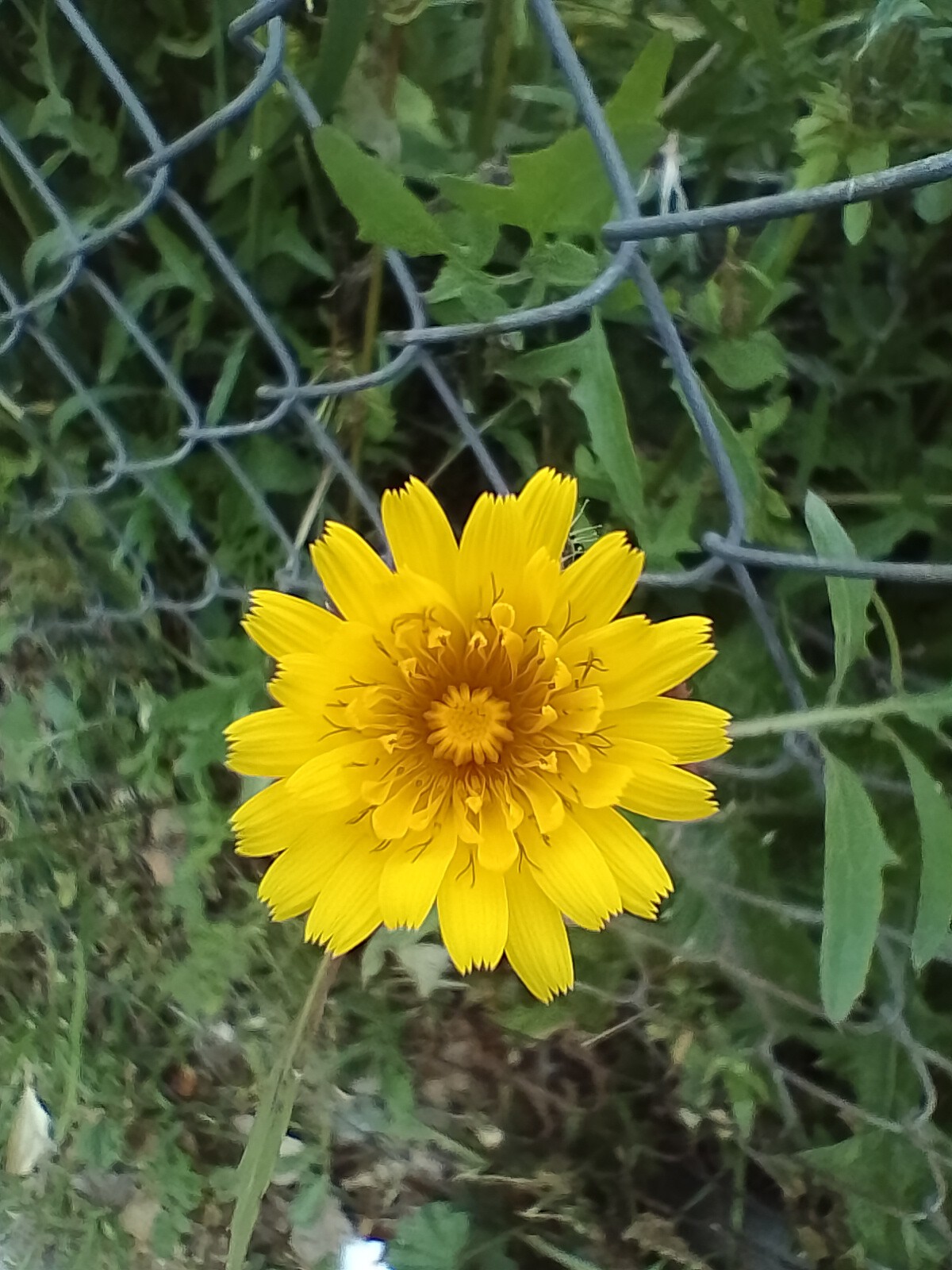 One problem with midrange and this input range with macro mode is that it’s hard to focus. However, the result is not bad either and you can see surface details in this modality. However, the blur effect of the rest of the photo looks unreal to say the least. 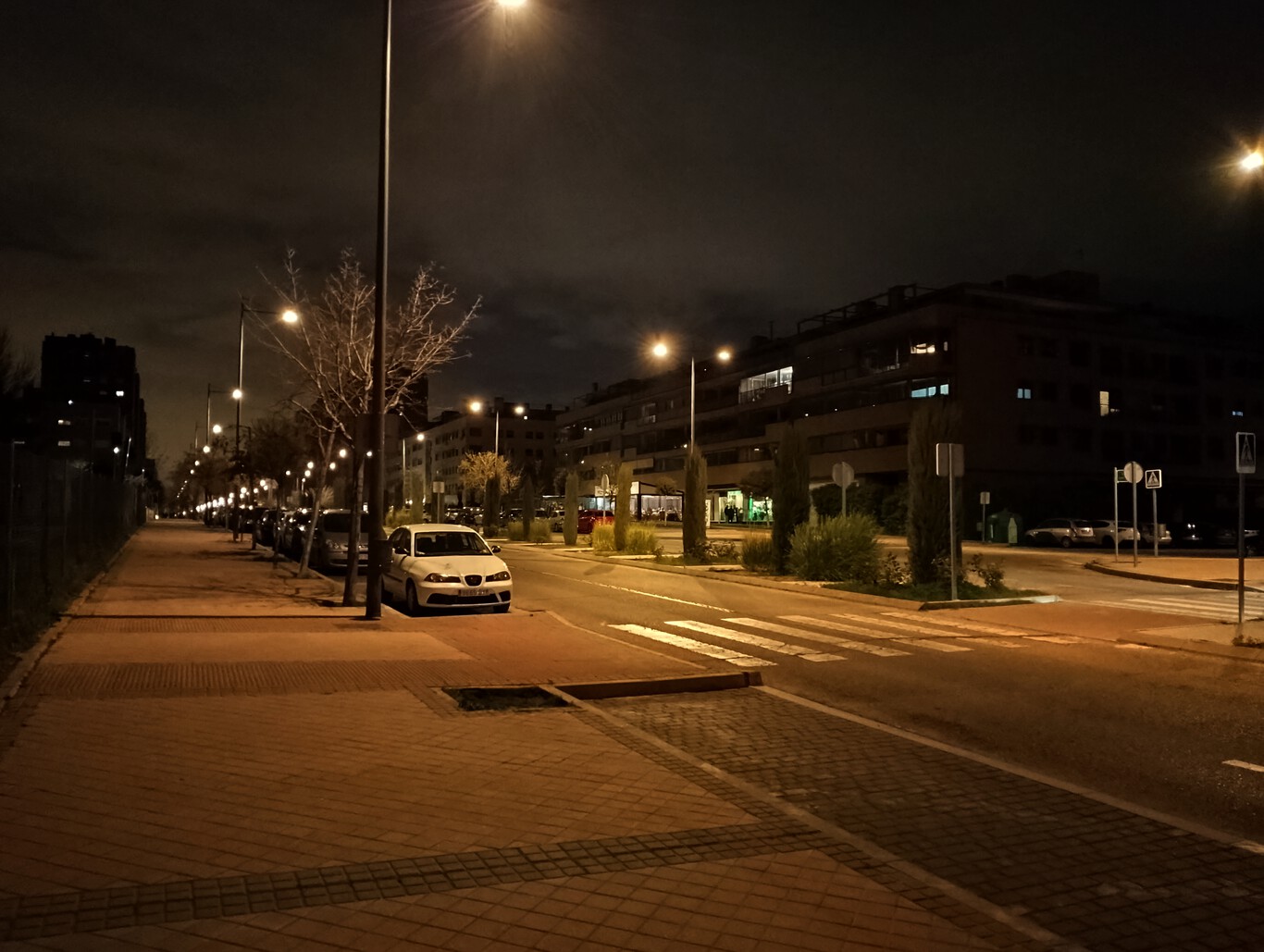 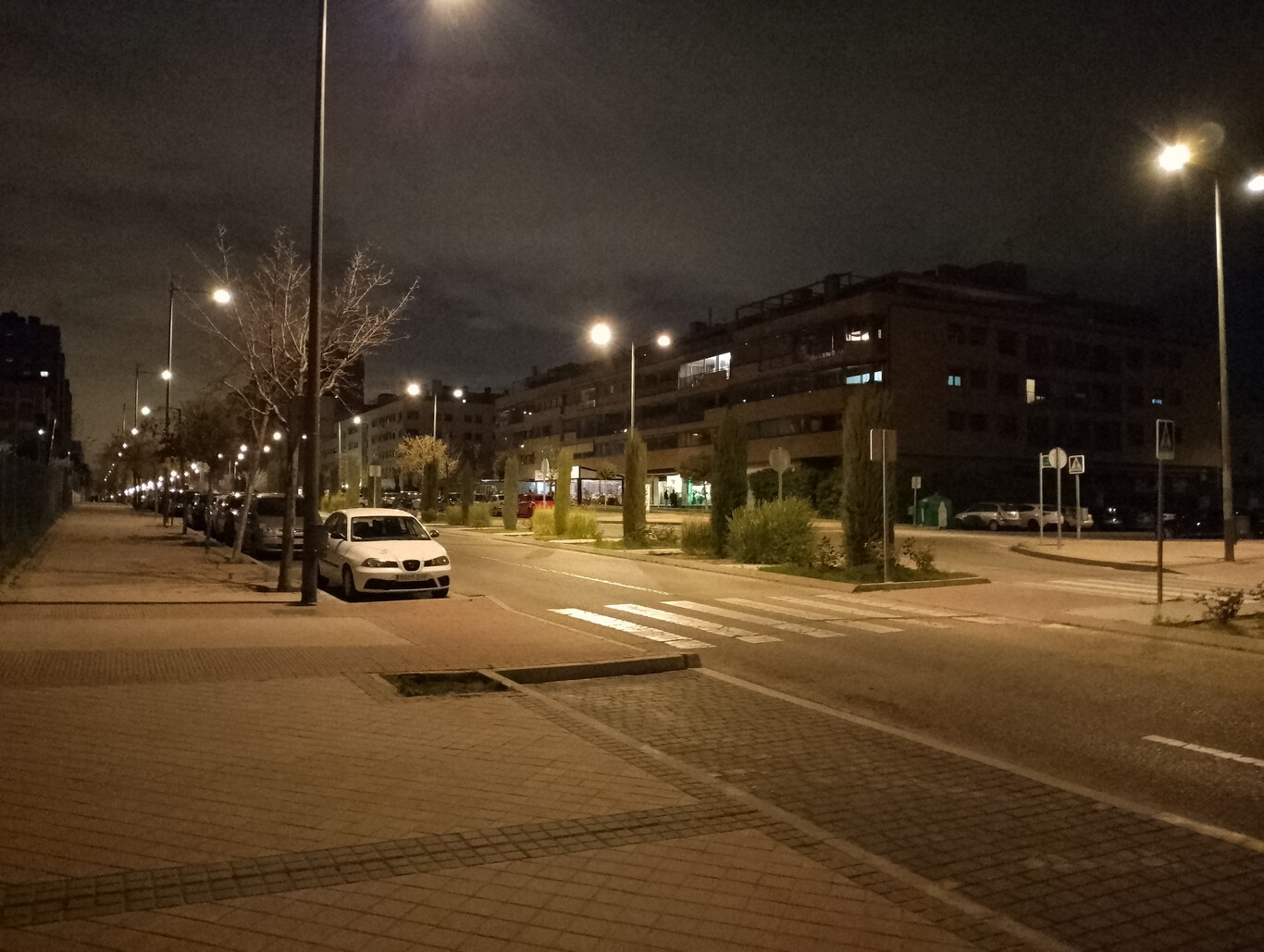 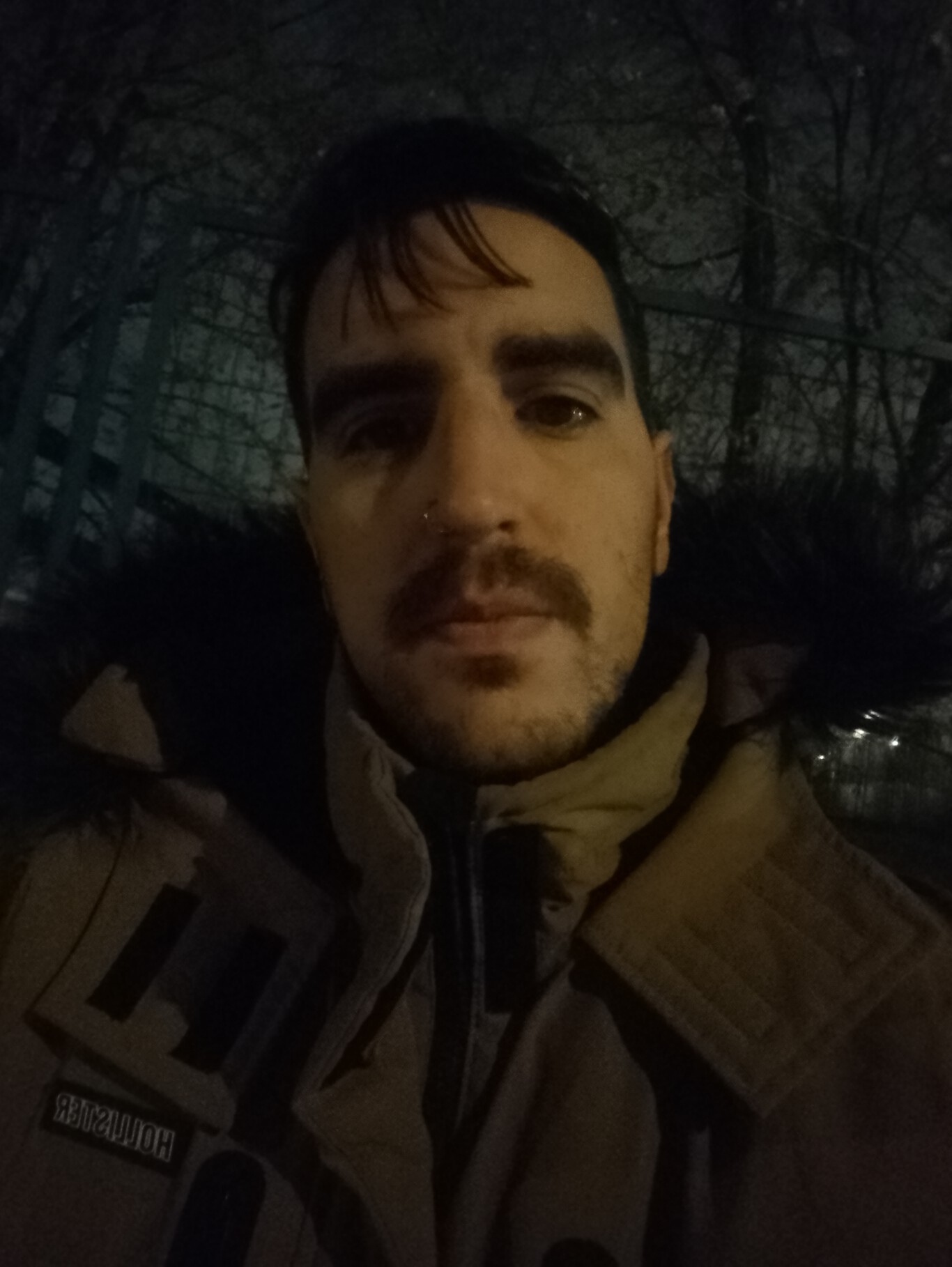 We did not expect a great night mode on this Realme C35 and in fact you can see the obvious lack of detail in the results and the amount of noise it has. However, we were pleased to find that the brightness is not exaggerated by software as it happens in other terminals of this range. However, we miss a longer exposure time to help better capture details. In the night selfie we do not find any help from the screen to give more light, so in the end the result is bad.

In the end, the summary is that this Realme C35 does what it promises. It offers a good range of colors that are not saturated, carrying that same tone of giving naturalness to its portrait mode. However, we believe that it would have been more interesting to add a telephoto lens with which to have greater versatility than a macro, whose daily use is ultimately anecdotal.

Realme C35, the opinion of EuroXliveAndroid 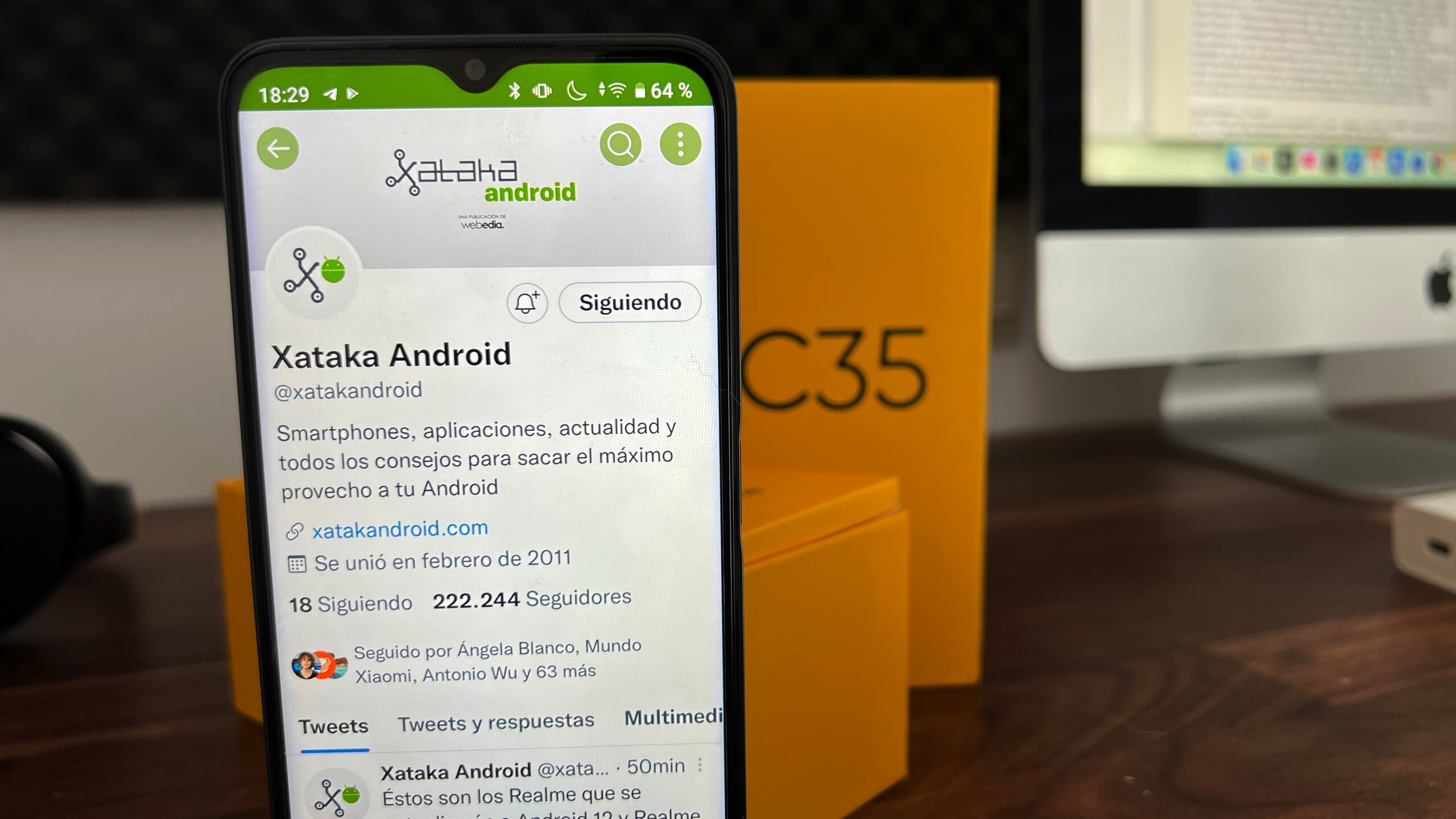 In view of our tests, we consider that the Realme C35 is a mobile with significant design deficiencies, not so much because it is uncomfortable due to the flat edges, but because of that strange effect that its screen has when it touches the sides. However, it can be alleviated with a cover. After all, the most normal thing is to always carry the mobile protected with a cover. And, saving this point, there is no great lack to highlight as not to recommend your purchase.

Taking into account that its price is around 180 euros and that it will continue to drop, it is a good mobile to give to undemanding users at the performance level and who are looking for a set of cameras with which to get by, ample autonomy for one day and with fast charging for those days when they do need it. All this with software that, despite being somewhat outdated due to being based on Android 11, is very close to the experience of a pure Android.