TechSmartHow smart tech is changing life
HomeMobileAndroidRealme C30, analysis: an entry range with an inexhaustible battery at a...

Realme C30, analysis: an entry range with an inexhaustible battery at a bargain price

Realme has set itself the challenge ahead of the dominate the range of input devices, without sacrificing performance or battery life. That is why they have opted to crown the new Realme C30 as king of this range, which was presented in July and which becomes a good recommendation for users looking for a terminal around 150 euros.

In EuroXliveAndroid we have been able to thoroughly test this team that promises within our market to draw interesting conclusions. Of these we can anticipate that this mobile shines for an inexhaustible battery but that it has been “stuck” in Android 11 as one of its most negative points. 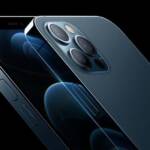 A colorful and youthful-looking design

Regarding the aesthetic section, this device stands out for being a very colorful and above all youthful mobile, thanks to the fact that it is present in three different shades: green, black and blue. The back part stands out for not being flat, but rather has reliefs that have as a positive part that it costs a lot to slip from the hand or from a surface, but on the contrary it is a ideal place for any type of dirt.

Its design prevents it from slipping from your hand, but dirt accumulates on its back.
- Advertisement -

But the main problem that it can have, especially for those of us with small hands, is on the edges. As in other Realme devices, the brand is committed to a flat design that makes it uncomfortable to use for several minutes continuously. This makes it mandatory to use a cover, although you do not feel a cutting sensation by having a fusion with the correct screen in the form of a step.

On screen we could not expect much for this price range, and in the end it has ended up being fulfilled. With a 6.5-inch screen, Realme has opted for an IPS panel with HD+ resolution, not Full HD. This means that when viewing multimedia content you do not have a completely clear image and the colors are not the most faithful on the market. But for an undemanding person, which is the audience for this C30, it is enough. Where this screen is going to end up being noticed a lot is in the street with a lot of light, where you will hardly see anything by having a really low brightness rate.

The Realme C30 has a single speaker at the bottom that meets expectations. When playing music, the best possible result is not obtained, but if we maintain a medium volume level, the sound of songs or videos is appreciated with good quality. The problem is when it gets too high it becomes saturated. But to avoid this, there is a jack next to the charging port to connect higher quality headphones.

Battery and performance, two points where this Realme C30 stands out

Realme continues to bet on this terminal for the UNISOC T612 processor, unknown to many users, but which is gradually surprising more and more people. And it has once again generated very good sensations for us while we were using it intensely these days. Put to the test with apps and games we have hardly found lag. To be able to do it we have had to force it with demanding games. But for everyday use, without a doubt the experience is really good, accompanied by its 4 GB of RAM.

Where we do see problems is precisely in the unlocking systems. There is no fingerprint recognition system on the screen or on any of its edges. It is only committed to a facial recognition system that can be unlocked with a simple photograph, although it is something that we are already used to on these devices. And this is also added to that in your hardware an NFC chip is not integratedso it stays completely out of contactless payment systems.

A processor and a battery that make this C30 a more than recommended team.

One point that we quite liked, although it is something completely personal, is Realme’s customization layer. It is quite subtle and does not overload the eye, with few applications that come pre-installed. But the big problem with it is that Realme’s entry-level range, including this C30, stuck on android 11 when the devices already arrive with Android 12 and with an eye already set on Android 13.

But in addition to the power, something that should be highlighted about this Realme is the battery. Although two aspects must be differentiated within such a broad concept: capacity and charging time. In this case, it has a capacity of 5,000 mAh that allows you to use the device for more than a day intensely without worrying about going through the charger. But it has a big problem: the charging time is too slow, having to wait more than 3 hours for it to recharge. This is because it has a maximum load of 10 W, and it does not have USB-C but microUSB when practically all input ranges have already been perfectly adapted to the USB-C socket due to its features.

Some cameras that comply, but only with good lighting

The interface that is integrated in this device is identical to other Realme entry ranges, conspicuous by its simplicity and lack of functions due to hardware limitations. Specifically, when opening it we will have access to the automatic mode to take pictures quickly, although you can also switch to vertical or video at the bottom. As an extra, an extra section is added where you can hardly find anything, except for the functions of night mode and manual mode.

At the top of the interface you can find several functionalities: HDR and beauty mode. These are activated automatically, although it is true that when activating the beauty mode, a quite unreal result is achieved as it is not fully achieved. Here we show you what this camera, which has only one lens, is capable of on a day-to-day basis. 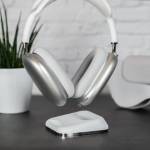 The AirPods Max already have their wireless charging base, and without the help of Apple

One of the most important aspects for this camera to have a good result is undoubtedly lighting. In the case of wanting to take pictures indoors, you will hardly get sharpness. But outdoors it defends itself, although as long as it has HDR activated, as we see in the previous examples. With HDR it is possible to have a better detail of the elements, as well as a more natural color. That is why it has surprised us for the better, always bearing in mind that we are talking about an input device.

Your camera can shine, but only in very favorable lighting conditions. Indoors, the result becomes dismal.

As for the selfie, the difference between having HDR mode activated or not is drastic. As seen in the examples above, with HDR off, both the sky and the street on the right are completely sunburned. But when HDR is activated, this burning is completely eliminated and those details can be seen in the background. In addition, when it comes to the subject of the photo, it also softens the skin more, and captures better details, especially if we focus on the hair.

Among the few functions of the camera you can find the “PRO” night mode that has been a great disappointment. As you can see in the photos above, the night mode makes the photo to be taken finish completely grainy and apply a layer of color on top that we don’t fully understand. This clearly means that it may be better to take the photo at night with HDR activated and not with this unprofessional night mode.

The night mode of the Realme C30 is a disappointment. The results look like something out of real horror movies.

The funniest thing for us is that it has the Pro tagline, alluding to a professional result. From our point of view, in a mobile with these features, if there is no night mode that can at least take a decent photo, better to omit it completely as it is a really negative point. This is what they have done in the selfie camera where you can’t find this mode.

Realme C30, the opinion of EuroXliveAndroid

In general, this Realme C30 is an entry-level device that meets the expectations we had placed on him, although it has great shortcomings. Starting with an operating system that has become stagnant and ending with a too simple camera that does not include a portrait mode or a macro mode to take pictures with better detail.

But, on the other hand, it offers what any user with a tighter budget looks for in a device: that it does not hang and has an inexhaustible battery. Its 5,000 mAh has surprised, although it has as a negative point an extremely slow charging system at 10 W and with microUSB port. In short, for a price of 139 euros, it is a correct phone that meets all the basic functions that are expected.