The game Rainbow Six Mobile was announced in April of this year by Ubisoft, as the adaptation of Rainbow Six Siege for cell phones. Since the 12th of September, it has started its closed beta.

And to know what you can find in this game, TechSmart played the title in this testing period and counts the highlights in this preview.

One of the points of greatest concern would be the adaptation of a successful franchise from consoles and PC to mobile devices. We feel, in general, a great fidelity to the siege. Most Operators are around here, as are their special abilities.

Even so, the developer managed to bring the experience very well to mobile phones. The commands are at the touch of the screen, without losing the essence of rainbow six. This need brought some tools. Among them, we highlight the aim assistant, which helps to hit the target accurately, and the semi-automatic fire mode, to hold the aim button and wait until the shot is made automatically.

Another point where there was an adaptation was in the graphics. The game lost a point the realism of the console and PC, and started to deliver more artificial details. A strategy to make it accessible to devices that do not have advanced settings.

Either way, you’ll be able to enjoy a beautiful look and a great wealth of elements in the scenarios. In addition, the fluidity is also pleasing, although it is still not possible to exploit high fps rates so well – since the test was done on a Galaxy S22 Ultra, we expected more in this.

What can we find in the game?
- Advertisement -

In this closed beta, there are a number of limitations that do not allow you to know as much as the title can provide. One of them is the impossibility of choosing the match map. For now, there are three available: Bank, Border and Club.

All are no strangers to the enthusiast, but they have been adapted to be shorter and give more dynamics to what is required on the smartphone. We hope that the choice of environment will change something for the future.

You will have the traditional items to recognize locations or improve the defense of rooms. Examples include the drone and window reinforcements, for example. The attack versus defense mode is also the only one available at this first moment.

For now, there are a total of 18 Operators, split between nine for offense and nine for defense. The choice will vary depending on your style or priorities during matches. The problem is that not all are unlocked right from the start. The player will need tickets to release them permanently, either in the free or paid battle pass.

This is an issue that will require some patience from the player, until he gets enough of them – 15, to be exact – to unlock them. Something that could be modified for another method, like specific missions.

Even so, you will have dynamic matches, without any loss in terms of fluidity in this platform change. 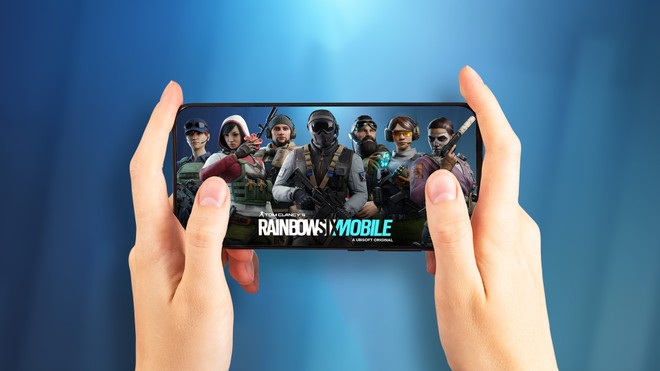 Rainbow Six Mobile It’s a game that certainly comes to add value to the franchise. He has the ability to take the essence of siege for mobile devices, with due adaptation for mobile platforms.

That means you won’t feel lost in touch commands. All are well inserted into the screen, without getting in the way of your view of what is happening, with more features that are useful on a smartphone.

Of course, there is still a long way to go until the final version of the game. Therefore, we can consider that many changes – such as the end of some limitations in the beta – will have to be made until launch – which is not expected to happen.

How is this a game free-to-play, it won’t be an effort to try it out and see if it will keep playing or not. Overall, we recommend experience, whether in the mechanics or graphics adaptations.

What were your first impressions of Ubisoft’s new mobile game? Leave your opinion in the comments below.

*Thanks to the game’s advice for granting access to the closed beta to TechSmart for this preview!