TechSmartAerezona Developers
HomeTech NewsCommunicationRain of news at Lenovo: these are the new Yoga and Legion...

Rain of news at Lenovo: these are the new Yoga and Legion laptops 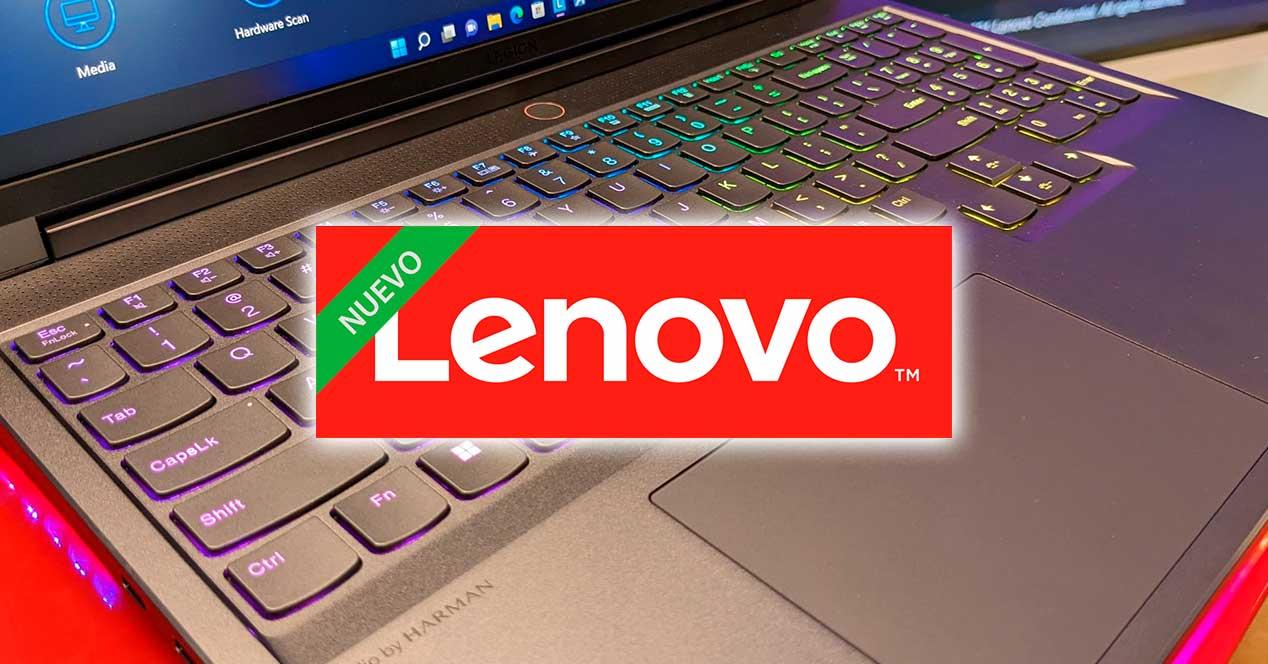 Taking advantage of the month of back to school, Lenovo has presented its new laptops for this coursetrying to reach all kinds of audiences with its Legion and Yoga range, from gaming-focused beasts to versatile everyday laptops, respectively.

If you are thinking of upgrading your laptop, perhaps you should take a look at what Lenovo has for you, whether you are going to use the laptop to play video games or for more everyday use.

Over time, the option of the Legion range has become more relevant for the gamer public who wants to play on a laptop. The new Legion 7 & Slim 7 are perfect example of power and performance.

The 16-inch Lenovo Legion 7i and 7 lineup are extremely powerful and portable laptops, being the most powerful gaming laptops in the world within their screen size range. Constructed of aerospace-grade aluminum and magnesium and featuring a unibody design, the new Lenovo Legion 7i and 7 feature minimalist-style metal finishes that belie their immense capacity.

All hardware is optimized by the engine Lenovo Legion AI Engine 2.0whose Artificial Intelligence can predict curves of greater activity in the fans and balance GPU and CPU in real time based on each game without drastically raising the temperature thanks to the Lenovo Legion Coldfront 4.0 thermal system to cool the GPU and CPU.

And now we are going to get a little closer so you can see them up close. This is the #Legion 7, the highest range of @LenovoES in #gaming for this year https://t.co/v996LgWtxM

To see your favorite video games in the highest quality, the power of the GPU will be matched by a screen to match. They are the first 16-inch gaming laptops with WQXGA4 displayoffering an aspect ratio of 16:10 with up to 1,250 nits of maximum brightness and variable refresh rates of up to 240 Hz. All this without giving up its portability, since such hardware is included in a 2.5 kilogram chassis in the Legion 7 model and 2.3 kilograms in the 7i.

And finally, the #Legion 5 series. A little cheaper but still powerful and competent for an average player https://t.co/euixEZV61w

Yoga for all audiences

The new Yoga Slim 9 is a 14-inch PureSight OLED touchscreen laptop with a 16:10 aspect ratio (optional 4K OLED display) that’s both sustainable and stylish in design. It has the carbon neutrality certificate, but also the luxury provided by the 3D Glass coating, along with a thin and light 14.9-millimeter chassis.

But above all, the new Yoga screens from @LenovoES this year are OLED, with all that this entails https://t.co/ZmMwuFeNEz

Powered by Intel Evo with 12th Gen Intel Core i7-1280P processors, this Yoga Slim 9 allows users to access a portable performance mode that suits them. Depending on the task at hand and the amount of system load, the AI ​​engine can also dynamically adjust fan speed and hardware performance to optimize and speed up performance. The Lenovo AI Core 2.0 will also offer high performance AI as well as a higher level of security with hardware-level encryption designed to help protect the device from root attacks and ransomware.

Lenovo’s new generation of Yoga laptops continue the Yoga Slim 7 Pro X and Yoga Slim 7 Carbon. They have the latest generation processors, up to 32 GB of LPDDR5 RAM and an NVIDIA GeForce RTX 3050 graphics card. All this without sacrificing maneuverability, since these models are thin and light and weigh less than 1.6 kilograms. Lenovo’s X Power technology provides the most sophisticated thermal design, offering specific tuning for different usage scenarios and pushes the notebook beyond benchmarks for maximum CPU and GPU performance.