TechSmartHow smart tech is changing life
HomeTech NewsPutting AI to the test: what artificial intelligence can and cannot do

Putting AI to the test: what artificial intelligence can and cannot do

AI systems complete tasks faster and more reliably than humans. We look at how intelligent an AI actually is and where its limits lie.

When we talk about AI at the moment, we are almost always talking about a specific machine learning technique, namely deep Artificial neural networks. In machine learning, algorithms derive their knowledge themselves. They learn from examples and try more or less successfully to generalize them after completing a learning phase. Artificial neural networks are modeled on the nerve cells of living beings, the neurons.

This hardware of human cognition is recreated as a software model. The neurons are arranged in layers that enable particularly fast matrix multiplications. Each neuron of an artificial neural network receives a series of input signals that it weights. It adds the weighted inputs to an output signal that is either the input signal for one or more other artificial neurons or an output signal for the entire neural network.

When a network has more than one layer between the input and output layers (known as hidden layers), it is called deep. One then speaks of deep learning and deep networks. Large networks sometimes have more than a hundred hidden layers. 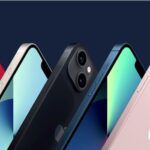 Update your new iPhone without losing your data