Premieres of the week of June 20 on Netflix, HBO Max, Prime Video, Disney +, Apple TV + and Movistar Plus +

If you have an account on any of the streaming video platforms in Spain, you will surely want to know if there is any disney-in-june-2022-series-movies-and-documentaries/">premiere in them that you should not miss. We show you the options that are most striking and that will surely make you spend an excellent time in front of the big screen TV that you have in the living room.

One of the most interesting arrivals that you will find this week arrives on Netflix, as it is released The Paper House: Korea (premiere June 24). This is the adaptation of the well-known Spanish series that was a hit in the market and has so many followers. If you are one of them, surely you want to check what they have done in the Asian country to launch their own version. Besides, the series is also striking Chloé (June 24) that lands on Prime Video, a thriller in which you can see all the negative aspects of the Social Networks that are used so much today and that force people to spend a great deal of time in front of the mobile devices.

we leave you the rest of the options that we think can be interesting and that you should not miss in one of the last weeks of June 2022 and just before the summer vacation season begins. They are the following and do not hesitate to write down on your calendar the date of each of the options that catch your attention and, also, where you have accounts to be able to access the content: 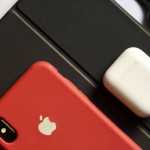 This is the list of devices that will be updated to iOS 14, iPadOS 14 and watchOS 7