Premieres coming to Netflix in July 2022: series, movies and documentaries

If one of the things that is clear to you during these holidays is that you are going to enjoy a large number of series and movies wherever you are, it is very possible that you are a subscriber to Netflix. Well, we are going to tell you what this platform plans to launch to date throughout the month of july 2022. And, by the way, there are some of the most interesting things.

Without a doubt, the big event takes place on the first day of July. This is none other than the Stranger Things season 4 finale, one of the best franchises that Netflix has and that has gone really well in the first part. Therefore, if you’re one of those who follows what’s going on with Hawkins’ group of friends, you’ll be able to find out… while you wait for the fifth and final installment of this excellent series by the Duffer brothers.

Among the movies that Netflix premieres, one of the best options that you can enjoy the service in July 2022 and that is of its own creation is the unseen agent. This film opens on July 22. It has a very interesting cast with Ryan Gosling, Chris Evans and Ana de Armas, among others. Lots of action to spend a magnificent afternoon in front of the television you have at home. You must not stop watching it.

All Netflix releases in July 2022

We leave you all you can to enjoy on this streaming platform that, despite the fact that it is not having a particularly good time -and for this reason it will launch a new subscription with ads-, has a good number of new options that will surely ensure that you spend a wonderful month of July, which is one of the most that is. 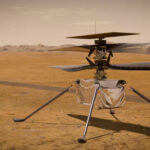