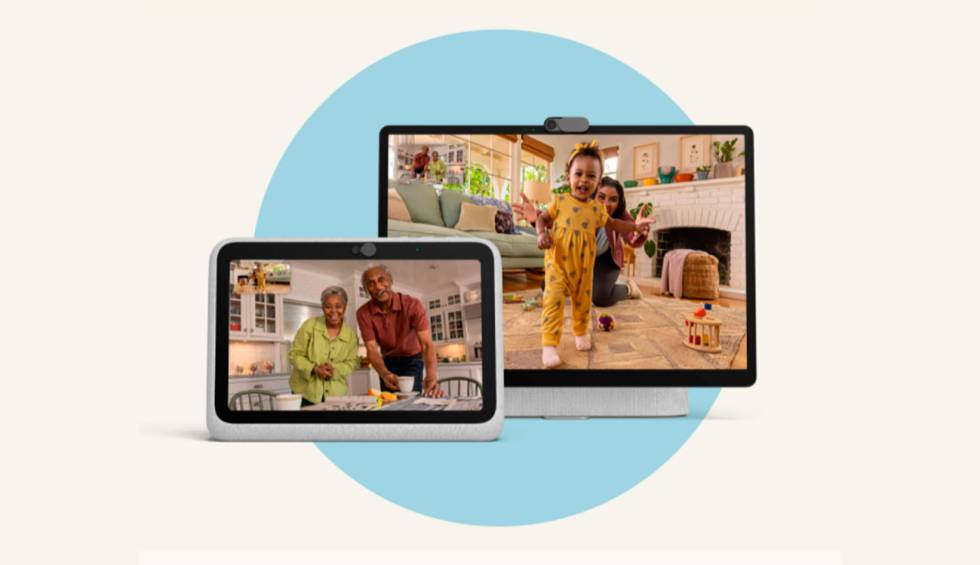 Facebook It has surprised us with the launch of two new smart screens that expand its Portal range, which, as you know, was released last year in our country. Now we have two models that stand out for different characteristics, although the one that has caught our attention the most is the GO model, which integrates a battery to take it with us wherever we want. Two models that are already available to buy in Spain.

This model is undoubtedly the most striking of the two. And it is because it has a battery that allows us to carry it from one place to another without worrying about a plug nearby. And it is that while we use it in its designated place at home, it can be loaded using a base for it. Has a 10 inch screen, and a design that reminds us more of the Google or Amazon screens, not so similar to the design of the other Portal, which look more similar to that of a photo frame. It has a camera to make video calls, it can also track us, so that we are always within the frame, even if we move.

Of course it has WhatsApp integrated to be able to make video calls with our account, although we can also do it from Messenger or Zoom. It has high fidelity sound, so we can use it as a quality speaker to listen to our favorite music. The camera has a sliding cover that prevents hackers from recording us inadvertently. Its price in Spain is 229 euros.

Portal Plus, the largest in the range

This is the largest model of all, with a large size 14 inch. This also stands out for a tilting arm, which allows the screen to be tilted to different degrees. Therefore, the biggest advantage is its large size to be able to chat also in the form of a video call through WhatsApp, Zoom, or Messenger.

We also find the sliding cover for the camera, and the same high fidelity sound to enjoy our favorite content. This camera is smart too, and it can track subjects in the scene so they’re always inside it. The price at which this new Plus version arrives is 369 euros, being the most expensive model within the Facebook Portal range.