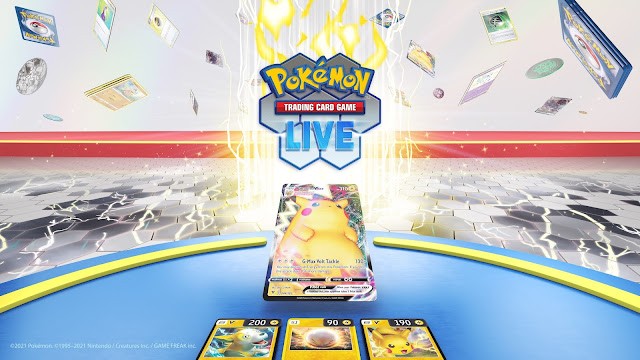 In September of last year, the Pokémon Company announced the Pokémon Trading Card Game Live, inspired by the classic card game in the franchise and which serves as a replacement for the Pokémon TCG Online. This week, the game entered open beta testing on PC and mobile devices.

Players accumulate cards in the game by entering codes found on physical Pokémon card packs. There is currently no way to purchase card packs in the game using microtransactions.

These coins cannot be purchased and are instead earned through in-game quests, logging in daily, and winning in-game tournaments.

Cards from the Black & White era of the card game through 2022’s Silver Tempest are included in the game, however, only cards from the Sun & Moon expansion can be used at this time.

Players can migrate their collection from the Pokemon TCG Online app, although some are reporting issues with the import tool during the beta phase.

So, what did you think of this new option for the traditional game?

The Pokémon Company just announced a brand new game for iOS, Android, macOS, and Windows. Inspired by the classic card game of the franchise, Pokémon Trading Card Game Live will allow you to face other players around the world.

Currently, Pokemon TCG Online is available and will be replaced by Pokemon Trading Card Game Live when it launches, but don’t worry as your progress will carry over into the new game.

Details on what will be transferred can be found here. Pokémon Trading Card Game Live lets you build a collection of cards, add new cards via scannable codes, purchase booster packs, participate in daily quests, and much more. It will also let you create your own custom avatar and will include battle passes.

Check out a gameplay preview below:

A release date has not been revealed, but it should happen soon. The Pokémon Company wants the title to be easy for newcomers to learn, while offering new challenges for experienced players. Unsurprisingly, you’ll need an internet connection to play.

Have you ever played the Pokemon card game?

The new 10th generation iPad is one of the most controversial Apple products in...
Europe