The district court finds the House search in the “pimmelgate” affair, which Hamburg’s interior senator will forever cling to, inappropriate to the severity of the insult.

The search of an apartment in connection with the so-called Pimmelgate affair involving Hamburg’s Interior Senator Andy Grote (SPD) in September last year was unlawful. This was decided by the district court of Hamburg last week. A court spokesman confirmed a report by the “Hamburger Abendblatt” on Friday. 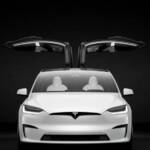 Search at the ex

The trigger was a tweet addressed to Grote with the words “You’re such a dick”. The interior senator had previously described people who had celebrated in the Schanzenviertel despite Corona as “ignorant” and “stupid” on Twitter. At the beginning of the pandemic, Grote himself celebrated in a pub in violation of the corona rules and had to pay a fine for it.

In view of Grote’s behavior, the severity of the insult is “rather at the lower end of the significance threshold,” the regional court found in its decision of July 27. The search was unreasonable. The investigation against the tweet author has already been discontinued due to a lack of public interest in criminal prosecution.

After the operation, the police and left-wing autonomists played a cat-and-mouse game. The slogan “Andy, you’re such a dick” could be read again and again on a large poster at the Rote Flora cultural center. He was painted over several times by the police.