Pico 4: Slim VR glasses should compete with the Meta Quest 2

After numerous leaks, the Tiktok group Bytedance has presented its new, compact VR glasses Pico 4. Similar to Metas quest 2, it can be operated completely independently or connected to the gaming PC via Wi-Fi 6. With a focus on games, fitness, films and social apps, it is primarily aimed at newcomers. Appropriately, Bytedance undercuts Metas prices. Only 430 euros (128 GB storage space) or 500 euros (256 GB) are requested. The Quest 2 is 450 euros (128 GB) or 550 euros (256 GB). The slim form factor and a decent field of view of 105 degrees (diagonal) should also make VR enthusiasts curious at the start on October 18th. 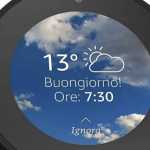 Above all, the compact design makes Meta competition. Modern “pancake lenses” enable the installation of smaller LC displays that have a slightly higher resolution of 2,160 × 2,160 pixels per eye than that of the Quest 2 (1832 × 1920 pixels per eye). The case is roughly a third smaller than the Quest 2, measuring just 35.8 mm at its thinnest point. The battery with a lavish 5,300 mAh has been moved to the rear head mount, which should balance the device better. With this trick, Pico achieves a weight of only 295 grams. Including the headband and battery, however, it is 586 grams (Quest 2: 503 grams without the headband). There are already lighter VR glasses like the Vive Flow (189 grams), but they only offer a weak XR1 chip and require an external power supply.

Uncomplicated conversions thanks to the XR2 chip

The technical inner workings should help Pico Interactive to set up a wide-ranging software catalog right from the start. The XR2 chip from Qualcomm presented in 2020 is no longer brand new, but it is also in the Quest 2 and the in-house predecessor “Pico Neo 3 Link”. In addition, all platforms mentioned are based on Android. Buyers get access to 160 games and over 50 other apps from the Pico Store right from the start. Conversions from Quest 2 are thus possible without any problems.

Well-known highlights include Resolution’s tabletop role-playing game Demeo and the cooperative zombie shooter After the Fall. Some future titles are also coming for the Pico 4, such as the TV series “Peaky Blinders” or the potential survival hit “The Walking Dead: Saints & Sinners – Chapter 2: Retribution”. The sports, film and social apps are primarily aimed at newcomers who didn’t even realize during the pandemic how uncomplicated virtual reality can be with a standalone system: simply set it up, pick up the controller and get started . Cables or external hardware are no longer necessary for the game. The Pico 4 could fill a gap, especially in China and Germany. After all, the Quest 2 is not officially available in these markets, only available as an import.

Inside-out tracking with full freedom of movement uses four built-in cameras to capture the environment and the 6DOF controllers. Rotating ergonomic bars over the hand no longer lead to collisions as easily, similar to the controller rings of the PlayStation VR 2. Crossed arms should no longer cause problems when aiming guns or in training apps like Les Mills Body Combat.

Matching the sporty orientation with fitness app and tracker, the only exclusive title so far is a dance game: “Just Dance VR” is being developed in cooperation with Ubisoft and is planned for 2023. It is still unclear whether the built-in “sound slots” on the edge deliver enough bass. Own headphones should be connected via USB-C. A dongle for wireless transmission from the gaming PC, for example via SteamVR, has already been announced. It costs 49 euros. It is not yet known whether there will also be an uncompressed cable connection to the PC.

Bytedance is currently investing in some undisclosed first-party studios that are primarily working on content for the fitness tracker. A fund of twelve million dollars is also planned to provide financial and technical support to studios and indie developers.

More than 600 videos are available free of charge at the time of release (2D, 3D, VR experiences and 360-degree videos). Of course, Tiktok can also be consumed in the headset. There are also virtual concerts with player avatars and partner companies such as WaveXR. It gets even more social in “PICO Worlds”. Similar to Meta’s “Horizon Worlds”, players meet in a world of online rooms and editor tools in which they create levels or art together. Pico’s overall user avatars can be customized at over 80 points. Of course, this opens up economic opportunities in the field of cosmetic content, especially since creative users should also be involved in monetization.

In general, more social features are the focus this time. The Pico 4 gets a friends system with a help function. Users can help acquaintances with problems directly in a stream, with (voice) messages or on a touchscreen. If you want to take a quick look at the outside world, you can activate the 16-megapixel RGB passthrough camera. Unlike Quest 2 or PSVR 2, it captures the world in color. It is unknown for the time being whether this will also make advanced AR games like Metas Quest Pro possible. Other technical data of the Pico 4 include a stepless IPD setting from 62 to 72 millimeters and a refresh rate of only 72 or 90 Hertz.

Pre-sales begin on September 23 at 12 p.m. at retailers such as Bestware and VR Expert. Owners of the previous model get a right of first refusal with a 35% discount. Pre-orders will follow on October 4th in major online stores such as Amazon and Saturn, and the device will also be available elsewhere from October 18th. More information is available on the official website.

Google removed one of its most useful but unknown features

Similar to Meta, Pico is also planning an additional premium variant of its headset for working in VR with eye-tracking and face-tracking. In China, the model for business customers is called “Pico 4 Pro”, in the West it comes under the name “Pico 4 Enterprise”. The price and date will not be revealed until October 20 at the AWE show in Lisbon. Unlike Sony, Bytedance has not yet ventured into a consumer headset with eye tracking in the West. Pico’s Leland Hedges says the upside in this segment is still limited.

However, a leaked YouTube transcript of Pico’s event revealed more about the “Pico 4 Pro” or “Pico 4 Enterprise” enterprise model. Accordingly, three infrared cameras in the device track the eyes or facial muscles at a total of 53 points. The leak also revealed that the standard Pico 4 supports bare-handed hand tracking control.