TechSmartAerezona Developers
HomeTech NewsCommunicationPhotoshop or GIMP? Which one is better for editing photos and...

Photoshop or GIMP? Which one is better for editing photos and images 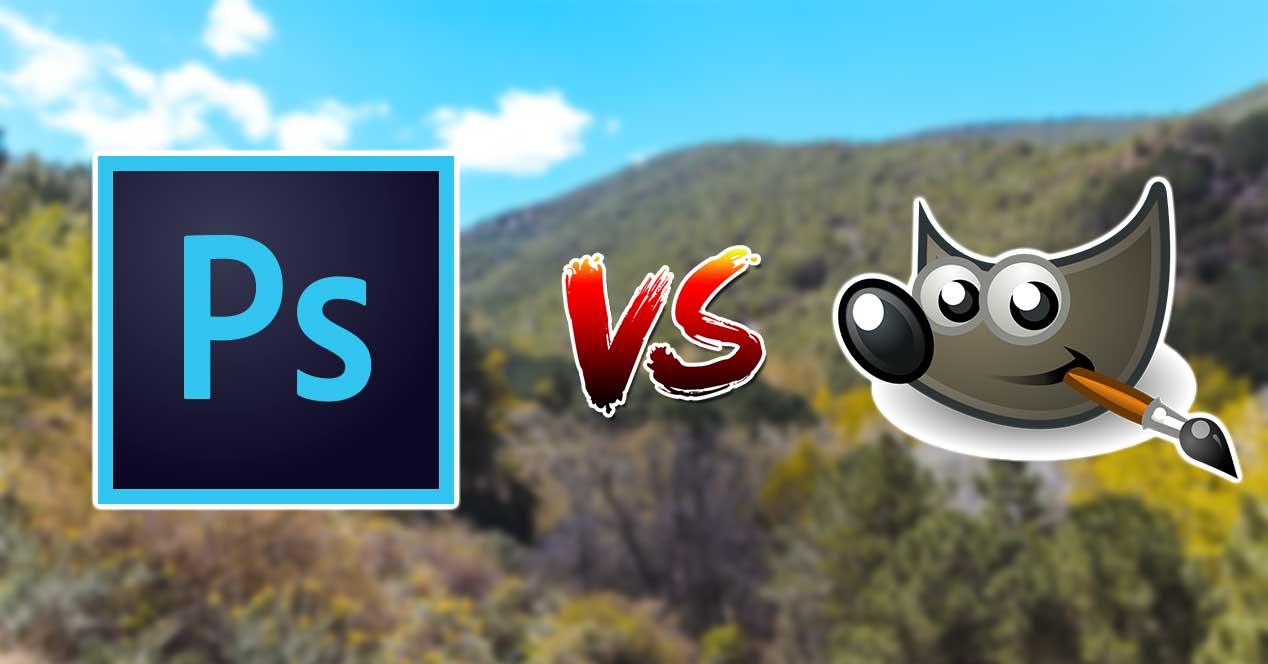 When we talk about editing photos, Photoshop is the first program that comes to mind to everyone. It’s the best editor on the market, giving you endless creative possibilities for photos, logos, or text. However, the program is paid, and the best free alternative out there is GIMP (GNU Image Manipulation Program). We are going to analyze the main differences between one and the other and what their strengths are.

Photoshop was not only the first program that allowed you to edit photos professionally, but it has also always been the best. That is the reason that most tutorials or companies use it, since it has 29 years behind it. So much so, that the verb itself «Photoshop” either “chopeo» is the one used to talk about an edited photo.

The program has been improving version after version, and being so complex puts many users off. Thus, GIMP is usually the best totally free alternative and easy to achieve without many complications, and that allows you to perform a wide variety of photo edits.

The first difference between both programs is the price. Downloading GIMP is as easy as going to gimp.org/downloads and choosing the torrent or direct download version. In the case of Photoshop, we have to pay. The most comfortable option is the Adobe photography plan, which includes Photoshop and Lightroom for 12.09 euros per month, with 30 day free trial. 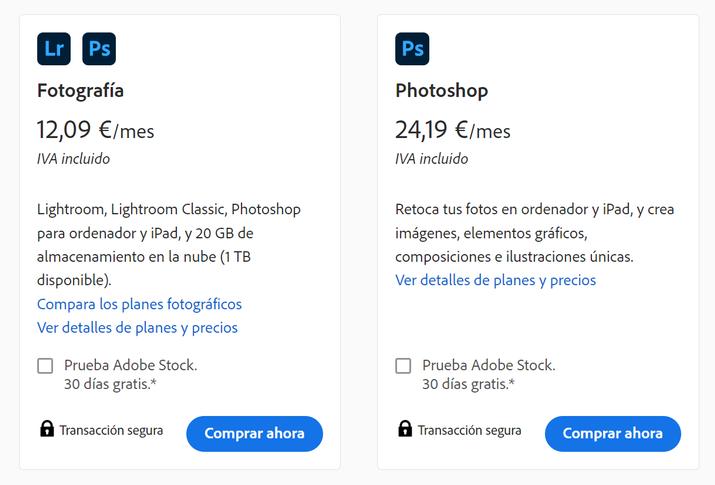 Another important detail to take into account are the hardware requirements established by each of the tools. Therefore, in addition to whether one tool is paid and the other free or if we can find certain functions in one or the other, it is another important aspect to pay attention to this detail, since certain teams are limiting themselves to using lighter tools for not have sufficient capacity to meet the hardware requirements that requires Photoshop.

Therefore, if we have a powerful computer, we will not have problems using one tool or another, but if we are short on resources, then our best choice will be GIMP, since it is a lighter program and does not require as many resources as GIMP. Adobe tool.

On the other hand, it is also necessary to know that Photoshop is available for operating systems Windows and macOS, which, on the other hand, are what most designers use. Instead, GIMP is also available for Linux, becoming the best alternative for all those who use the operating system in any of its distributions. In this case, to use Photoshop we would have to use a virtual machine that allows us to run it on a partition on the computer, but it is not recommended.

The learning curve of both programs is slightly different, but in essence it is very similar. In Photoshop, the learning curve is perhaps longer, since, although there are some tools that make it easier for you to use at first, but to be a master you need to put hundreds of hours into it, and it is advisable to take a course or watch a multitude of tutorials.

GIMP is also not easy to use, and in fact it is difficult to find as many tutorials as there are for Photoshop. In the right hands you can achieve the same results as Photoshop with GIMP, but it requires doing things differently. Photoshop has the extra point that it has technical support dedicated, and with GIMP you’re going to have to search for life if you get stuck or can’t find a function. 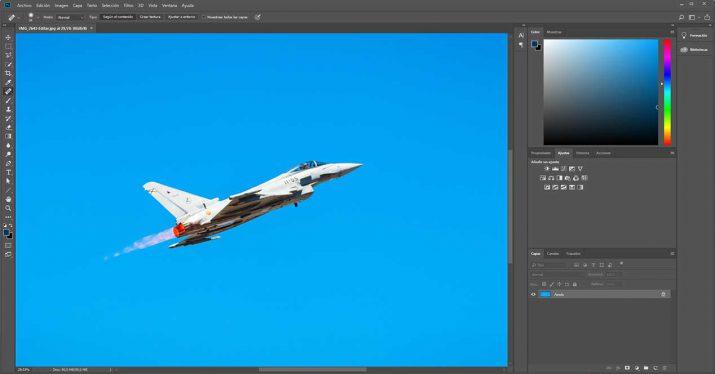 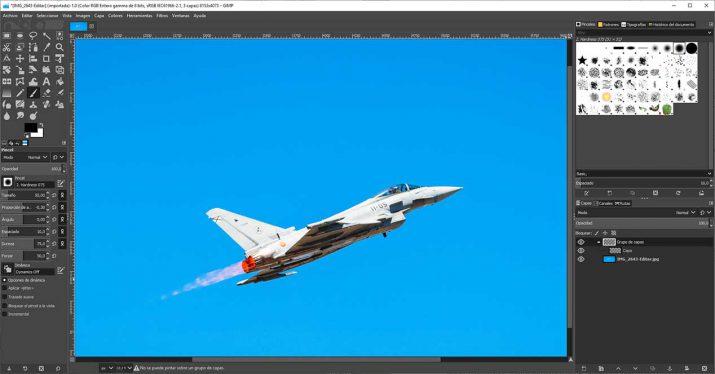 At the level of Interface, The two are very similar, as GIMP builds somewhat on the look and feel of Photoshop, offering dark mode and menus and icon bars much like Photoshop. In both cases you can hide parts of the interface so they don’t fill up your screen. Traditionally GIMP had many windows instead of integrating everything in one interface, and little by little they have been tending towards the latter.

Although they are very similar, it is important that you choose well which one you want to learn with, since once you learn to handle one you will have to get used to the other if you want to change. In addition, GIMP requires installing various plugins to open some formats, such as darktable to open RAW photos.

Despite this, we have the basic functionalities covered, being able to add text, perform photo retouching related to contrast, brightness, exposure, color, contour lines, etc. In both programs we find hundreds of functions that we can combine to create the best possible content. In fact, unless you are a great professional, such as a designer or an advanced photographer, in both programs you will find the same functions to achieve the same results.

Thus, Photoshop is the most complete, and GIMP does a good job of replicating its repertoire, but there are many functions that escape. For example, Content-aware Fill is not available in GIMP as it is a Photoshop-only feature, and has been further enhanced in CC 2019. This feature, which fills in gaps in photos without having to use the clone stamp, it is ideal for removing content that you do not want to see in a photo, such as people, clouds or a host of objects.

In turn, Photoshop has three types of Brushes, while GIMP only has one. This implies what we said before: the same results can be achieved, but it requires more effort. It is also possible to add this Content-Aware Fill feature with a plugin. Something similar happens with the correction functions independent, since, while the Adobe tool has different functions and each of them with its own parameters, however, the free proposal, GIMP, only has a single option in this regard. Something that, without a doubt, many users could miss from one alternative to the other.

When it comes to editing photos, Photoshop menus are more complete and easier to use, especially with Lightroom or Camera Raw. With GIMP you are forced to modify layer by layer. Also, if you want a larger color gamut, GIMP doesn’t support the color model CMYK, something Photoshop does. To all this, we must add that Photoshop, in addition to being the industry standard, integrates with other company software, so if you want to learn it for commercial purposes, it is better that you use Photoshop directly.

One feature that Photoshop should improve on and where GIMP beats it is the ability to sync settings between multiple photos. Although Lightroom allows this very easily, the process of the Actions in Photoshop it is very tedious and difficult, not being able to easily replicate the modifications made in one photo to another. Another advantage of GIMP is that it is Portable and you can take it wherever you want on a pen drive without having to install it.

Performance and ease of use

As we have said, you will probably need hundreds of hours to be a master with both programs. In Photoshop, however, those hours of use pay off more because they have more features, and because many of them allow you to retouch, edit or create content more quickly. There are infinity of tutorials that explain what it does even the most basic function, in addition to there are basic usage guides to get familiar with both programs faster.

At the level of performance, Photoshop performs much better than GIMP. With the latter, in fact, you will see how the image is rendered in parts on many occasions, such as when hiding a layer or when making an adjustment such as brightness or contrast. Photoshop is fluid and doesn’t give a single jerk. In addition, Photoshop is increasingly optimized for low-resource computers, something where GIMP won until now, although the latter consumes very little RAM. GIMP, unlike Photoshop, is available on Linux, while Photoshop is only available on Windows and macOS.

Another point in favor of GIMP is that the program takes up very little space, with a download of only 200 MB. Photoshop, for its part, occupies about ten times more.

The plugin They make life a lot easier for us. In this department, street Photoshop wins, even though GIMP supports some of the ones available for Photoshop. These plugins help us do things that we couldn’t do without them, or that would take tens of minutes or even hours.

One of them is Portraiture, which allows you to smooth the skin by choosing presets. If we don’t use the plugin, we have to make masks and go “painting” on the skin with various layer blending formats to smooth the skin. This gives a more professional result, but if you have to do it to hundreds of photos, it is usually more comfortable to use a plugin and automate the action. Other very popular plugins are ON1 Effects, Photolemur and Luminar, which are exclusive to Photoshop and can take your photos to a level that you probably can’t if you’re a beginner.

There are several alternatives to these two programs, in case after reading this comparison you still want to try other options.

You may be interested in Pixelmator. A software that allows you to work with different layers and that has a good number of filters and effects at our disposal. We will be able to adjust many parameters of the images, allowing a type of professional edition. It is valid only for mac OS.

Another option that might interest you is Paintshop Pro. This tool is suitable for both beginners and more demanding users. It has a lot of options, among which are the effects for photos, its tools for graphic design or its powerful face recognition system.

The third option could be Luminar. It is an application that allows us to very easily adjust the tone, details, exposure, depth and color of our photos. This tool has Artificial Intelligence with which it is possible to apply dozens of adjustments and corrections in an extremely easy way and obtaining really satisfactory results. It is an application that has several versions with different additions and that can be had from 69 euros, in a single payment and forever, without having to depend on monthly payments.

In short, the conclusion is very logical: Photoshop is better at everything, performance, ease of use, plugins and features. Despite this, it is paid, and if you are not going to use all the features and simply want to start groping with photography or content creation, with GIMP you will have more than enough.

Of course, remember that, if you are finally going to switch to Photoshop, it is better to start directly in it so as not to have to adapt later. GIMP continues to grow with free updates and community-developed plugins to replicate many of its features, but it will always lag behind in the vast majority of features.