TechSmartHow smart tech is changing life
HomeTech NewsArtificial IntelligenceOpenAI's AI now knows how to play Minecraft: it has learned by...

OpenAI’s AI now knows how to play Minecraft: it has learned by watching 70,000 hours of videos on YouTube

The potential of artificial intelligence (AI) never ceases to amaze us. In recent months we have seen everything from a Google engineer chatting with a chatbot to the crazy creations of the DALL-E Mini. Now, if this were not enough, an OpenAI model has learned to play minecraft by watching videos on YouTubeand it does it quite well.

The company explains that the model trained to play Minecraft has the ability to go beyond the basic survival tasks of the game. For example, he is able to swim, hunt and cook animals. He has even perfected the “pillar jump” technique, which allows you to create a makeshift block to reach higher places.

Training an AI to learn how to play

Although we have previously seen AI models learning other tasks, such as driving a car in just 20 minutes, the researchers had to overcome several challenges to train an AI model in an open world game. First, they needed a large amount of data, which they were easy to get on youtube because Minecraft is one of the most popular games out there.

However, videos uploaded by game enthusiasts to YouTube show what they are doing, but not how they are doing it. Consequently, this is inconvenient for the AI, which does not know “which keys to press” to perform certain actions. In this sense, the researchers adopted a novel technique.

On the one hand, they created a small data set based on videos, but detailed each of the actions carried out by users (for this they hired several people to play for many hours). Based on this, they trained an inverse dynamics model (IDM) that predicts what action will come next.

So instead of exposing the AI ​​to a huge amount of unlabeled data, they first took the time to teach it how to play with the inverse dynamics model. Later, when they dumped the rest of the information, the model knew what actions were needed to perform a wide variety of tasks.

As OpenAI explains, this new technique allowed them to train their model with 70,000 hours of published videos published on the internet. “Learning to cut down trees to collect wood and turn that wood into a workbench is almost impossible to achieve with reinforcement learning,” they say. The truth is that these advances could go beyond the world of video games, the company believes that it could be useful in other scenarios, for example, in teaching how to use computers. sky netAre you?

In Xataka | Europe embraces Artificial Intelligence: this is the pioneering agreement that will exploit (and limit) its possibilities 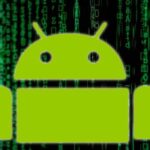 Beware: this Russian malware can spy on everything you do with your Android phone

Do you know the HP Instant Ink service? Printing has never been so comfortable and cheap

We all like to print our favorite photos, and it's normal because in the...
Tech News

Managing diabetes is an ongoing responsibility. Apart from all the care that must...