“Only for boomers” – Giphy argues for the takeover by Meta

Giphy tells UK Competition Authority GIFs are “not cool”, “cringe” and “only for boomers”. They want to justify the purchase by Meta.

Because no one else would buy them and the service missed the boat anyway, it’s not a problem at all that Meta, formerly Facebook, bought and is keeping Giphy. The reasoning of the service sounds roughly summarized in a dispute with the British competition authority. This would like to reverse the takeover of the GIF database. Meta would otherwise consolidate its monopoly position. But where there are no or only booming users, there is also no threatening market power?

In the publicly available statement, Giphy specifically claims that GIFs are no longer trending on social networks, “younger users describe GIFs as ‘for boomers’ and ‘cringe'”. Content creators would also see less value in use, so between October 2020 and May 2022 there was a significant drop in the number of GIFs created, uploaded and downloaded. Anyone who might think that there is a connection with the takeover by Facebook announced in May 2020 will immediately take the wind out of Giphy’s sails: Giphy doesn’t believe that it could be due to the takeover, but to a general loss of interest in GIFs. This coincidentally falls at the same time.

Back and forth between Facebook and the competition regulator

The platform for short, animated pictures should be assigned to Facebook’s photo service Instagram. Giphy is said to have been valued at $400 million in the deal, but nothing was known about the actual purchase price. The Giphy API has long been part of today’s meta apps. Half of all accesses to the search are said to have come from just those people. The API should continue to be open to all other services.

Now, however, the British market surveillance authority is trying to prevent and reverse the purchase from the start. The final decision said Facebook had to sell Giphy again. But the objection followed with the pathetic explanations that there was no buyer and no longer interested. Giphy is also concerned about the development of the service, other investors might limit availability or even want to make money with GIFs – which, conversely, is not the case with Meta. First, the Austrian daily newspaper Der Standard reported.

The history of the dispute between the Competition and Markets Authority (CMA) and Facebook is long. After the unsuccessful blocking of the takeover, the services in Great Britain had to work separately. Because Facebook withheld information from the CMA, there was a fine of almost 60 million euros.

The CMA has concerns that Meta could make it difficult for competitors to access the files and even demand more usage data. Both threaten to underpin their own supremacy. A similar thing happened when Facebook took over WhatsApp and Instagram. Both went off without major investigations, but caused criticism afterwards because it strengthened Facebook’s market. The alarm bells at the competition authority were ringing accordingly. 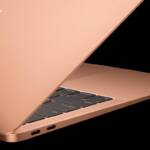 WhatsApp has several options in the settings that allow us to set different degrees...
Apple

Munich is Apple's largest development location in Europe and is expected to continue to...