One UI 5.0 is fresh off its debut on galaxy-s22-new-lavender-purple-color-coming/">Galaxy S22 and related Plus and Ultra variants. Obviously we are talking about the version open beta, but it already represents an unequivocal signal of the upcoming debut of the renewed interface based on Android 13 on Samsung’s top range. Proof of this is the fact that the Korean company would have started the first tests interior on the Galaxy S21 and Galaxy S20.

As pointed out, it is about tests currently limited to the top ranges 2020 and 2021he is alone internally to the company. Excellent news that confirms Samsung’s commitment not to leave behind the slightly older flagships – see above all Galaxy S20, Plus and Ultra. At the moment there are no known details on how the Asian company intends to move regarding the beta of One UI 5.0 for S20 and S21: the hypothesis of an internal development up to the publication on the stable channel, therefore bypassing the beta testing, is not to be excluded. public.

It is true, however, that Samsung has always opted for greater involvement of its community: in this case we should expect the announcement of the opening of the test soon also for the Galaxy S 2020 and 2021.

Different speech instead for the Galaxy S22, S22 Plus and S22 Ultra, appropriately chosen by Samsung to be the first on which to test (publicly) the new version of the operating system. 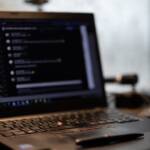 And that’s not all, because Galaxyclub.nl reports the news that Galaxy A53 and Galaxy A52s are also being tested at Samsung with One UI 5.0 on board. Even in the case of these two mid-range smartphones, the implementation would be purely internal.

Let’s add a little note on the beta version of One UI 5.0: apparently Samsung would have reduced visible toggles in quick notification panel from 6 to 5 (see image). On the other hand, the 4×3 grid (of toggles) remains unchanged: the result is a first row of toggles with a lot of space between the individual icons. Will Samsung retrace its steps by restoring the previous layout?