NVIDIA has already scheduled an event that can be dedicated to its new GeForce RTX GPUs on September 20th and today new images leaked on Baidu and the CEE (Eurasian Economic Commission) listed the RTX 4090 just like the NVIDIA GeForce RTX 4090. Ti: Founders Edition.

Starting with the images, we see what must be the Zoltac version of the GPU, which features 3 fans for heat dissipation, 4 large slots and a 16-pin PCIe Gen 5.0 (12VPWHR) connector, in addition to having four times the power, with 600W on 12 rails instead of 8.

The GPU box has also been leaked, indicating that it will have dual BIOS support, Icestorm 3.0, Firestorm software and Spectra 2.0 RGB for lighting control. 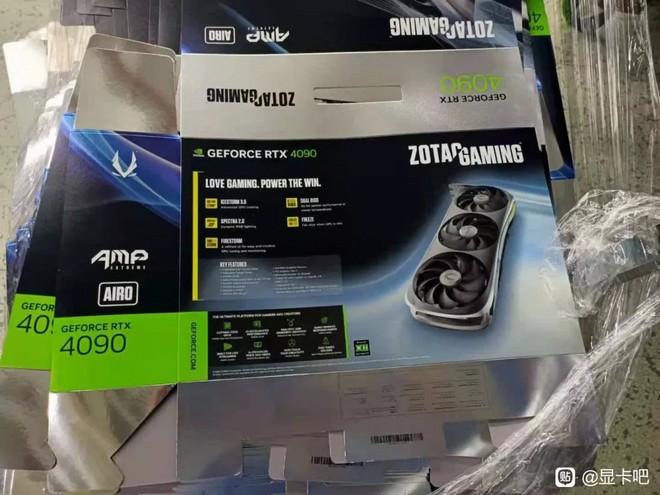 The EEC listing cites Gigabyte models with the Aorus sub-brand. The document cites the number 24 in each of the 11 certified model numbers, which may indicate the GPU’s VRAM, which may be equivalent to that present in the RTX 3090 and 3090 Ti, however there is no mention of Xtreme, Elite, Turbo or Master, Gaming and Eagle only. 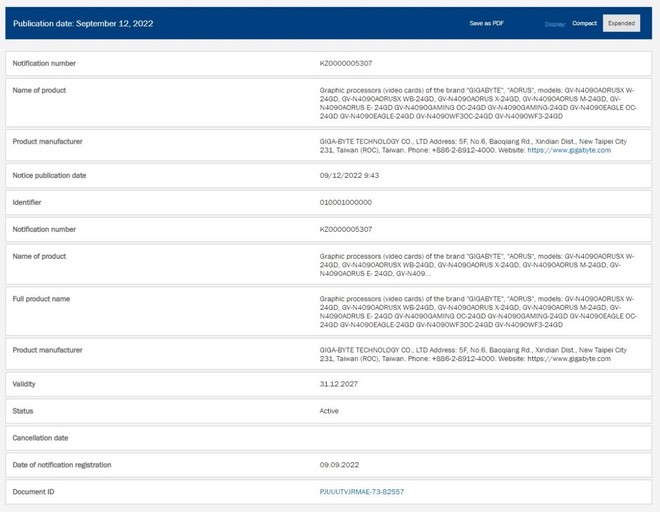 Still talking about the models, the letters W, WB, X, M, E, OC and WF3 can indicate the power of the GPU, since Gigabyte’s RTX 3080 OC was only 45 MHz above NVIDIA’s reference model, while the WF3 would mean Windforce 3, in a clear reference to the three fans.

Unfortunately, the listing doesn’t mention a release date or prices, but it’s worth remembering that the certification is valid until 2027, so it’s possible that some of those mentioned will only be released in the next few months or years.