Nvidia is positioning its new generation of gamer graphics cards. The GeForce RTX 4090, which is initially the fastest, will be launched on October 12th. In Germany, Nvidia wants 1949 euros for it, but in return promises twice to four times the gaming performance with DLSS compared to the RTX 3090 Ti for the 450-watt card. 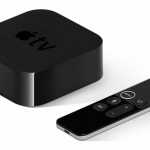 Two versions of the GeForce RTX 4080 will be available in November: The version equipped with 12 GB of GDDR6X graphics memory should cost 1099 euros and consume up to 285 watts, the faster 16 GB variant costs 1469 euros and needs 320 watts. According to Nvidia, the RTX 4080 should be 50 to 200 percent faster than the RTX 3080 Ti with DLSS, depending on the version and game settings.

competitor AMD appropriately announces, to kick off its upcoming Radeon series on November 3rd. It is based on the RDNA3 architecture, which is touted as particularly efficient.

As usual, the cards will again be offered by well-known board partners – but EVGA has recently dropped from the Nvidia exclusive partners. From the RTX 4090 and the 4080 with 16 GB, there will also be the so-called Founders Edition reference cards with thick 3-slot coolers directly from Nvidia.

For creative professionals, Nvidia also announced a new version of the Nvidia RTX 6000, which does not have the “A” in the name, but still carries the Ada Lovelace GPU architecture. It comes with 48 GB of conventional GDDR6 memory, which, however, is better protected against memory errors by ECC. In contrast to the GeForce player models, the card only needs 300 watts and gets by with the well-known dual-slot DHE cooling system. Nvidia’s professional partner for Europe, PNY, has more details about the RTX 6000. The number of transistors is specified as 76.3 billion, the chip size is 608.4 mm² and the card has 18176 shader cores, 1792 more than the GeForce RTX 4090 with 16384.

The engine behind the promised high performance is called Ada Lovelace and is the code name of the new graphics chip generation. Its 76 billion transistors are manufactured using TSMC’s advanced 4-nanometer process (TMSC N4) and are more energy efficient than their counterparts in the RTX 3000 GPUs with Samsung’s 8-nanometer technology. They also achieve around 25 percent higher switching speeds; Nvidia states that it has already cracked the 3 GHz mark in the laboratory.

In the maximum configuration, the AD102 GPU manages 90 teraflops, i.e. 90 trillion 32-bit floating-point calculation steps per second. But the RTX 4090, which costs almost 2000 euros, is slimmed down and does not have the maximum possible number of computing units, ray tracing and tensor cores.

In addition, the RTX 4090 cards clock their up to 16384 shader cores with up to 2.52 GHz in boost (base clock: 2.23 GHz) and burn a whopping 450 watts. Most of these come via the new ATX 3.0-compatible 12VHPWR connector. If you want to operate the PCI Express 4.0 cards with conventional power supplies, you have to use the included adapter cable for two to four PCIe 8-pin connectors. The four 8-pin connectors remain optional for better overclocking behavior, the rule is three. The RTX 4080 12GB gets by with two.

For the time being, Nvidia did not provide many details, such as the exact division of the computing cores, the texture units or the configuration of the raster output stages. But in addition to the increased raw performance, Nvidia has also revealed some technical tricks that are intended to increase performance.

Clever tricks in hardware and software

In the hardware, more precisely in the shader cores, there is a new function that can rearrange the order of the calculation commands in order to better utilize the SIMD units and get more use out of the cache. The throughput for pure ray tracing operations is said to increase by 100 to 200 percent through this process, called shader execution reordering, and game frame rates by around 25 percent overall.

The new ray tracing cores can check twice as many rays per cycle for intersections with the triangular grid; In addition, there are two little helpers, the Opacity Micromap Engine (OMM) and the Display Micro-Mesh Engine (DMM), to accelerate the time-consuming processing of semi-transparent surfaces such as vegetation or fences. The DMM engine helps create the Bounding Volume Hierarchy (BVM) acceleration structure in the native format of the RT cores, allowing it to be significantly more compact, requiring less memory.

Another important innovation that Nvidia exclusively grants to the RTX 4000 generation relies partly on software. It is an extension of the AI-supported upscaler DLSS. In the then new version DLSS 3, this can not only replace missing pixels but also complete missing images. Nvidia is not revealing any details at the moment. DLSS 3 thus sounds like a frame interpolation that can visually calm scenes through higher frame rates. It remains unclear how the input accuracy benefits from this during fast control maneuvers, for example in racing games or accurate aiming in shooters.

The additional images are created with the help of the Optical Flow Accelerator, a function of the new tensor cores, which also master the FP8 format of the data center accelerator H100 Hopper. This is done entirely on the GPU and thus allows higher frame rates even in CPU-limited games. However, user commands can still only be responded to on the real images generated by the game engine.

Nvidia is also thinking about content creators and is building two new video encoding units into the RTX 4000 graphics chips (three for the Nvidia RTX 6000). These ensure potentially doubled throughput, but it is much more important that, after Intel’s Arc-A380 GPUs, they are the second chips on gamer graphics cards that master the AV1 format, which saves space and bit rates. This is also free of license fees, which is particularly good for users of streaming services, who can now upload their videos with better quality or stream them live.