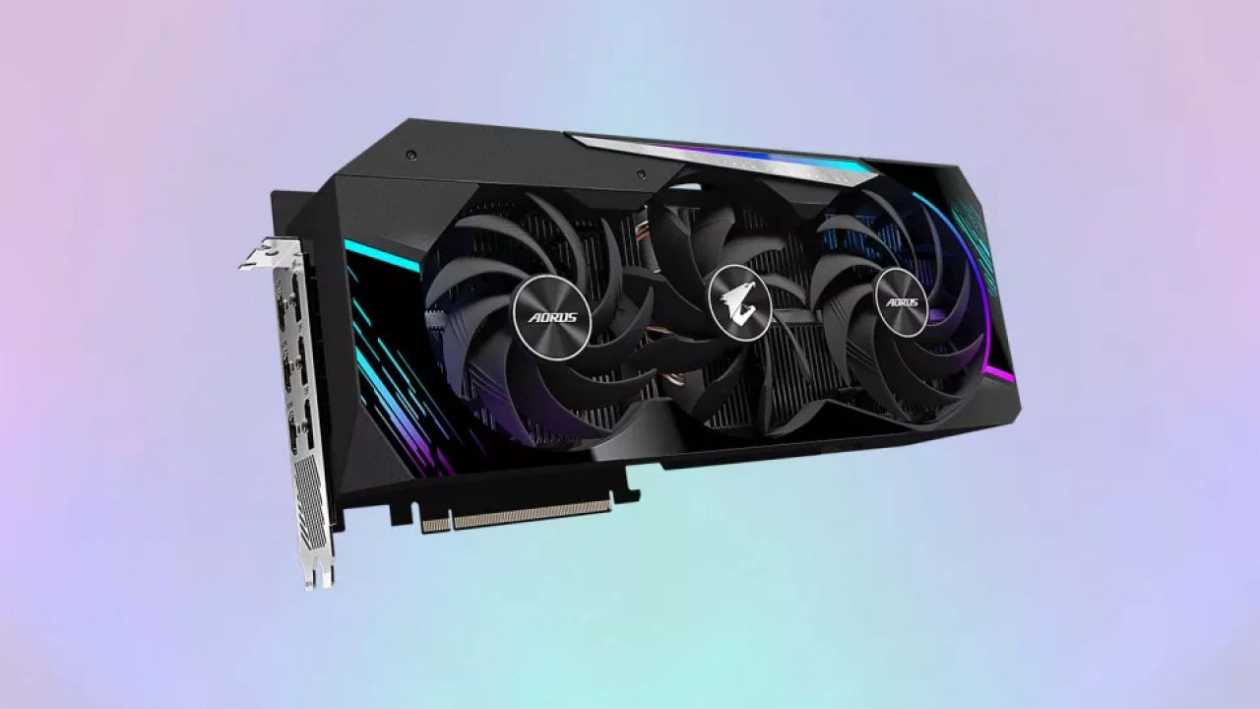 There NVIDIA GeForce RTX 3090 graphics card continues to appear on the net with new customized variants offered by the best brands in the industry, including GIGABYTE which, in the last few hours, has released the Aorus Master model with a high-level heatsink and 24 GB of GDDR6X video memory.

This 319 x 140 x 70mm four-slot card comes, technically, with the GA102 Ampere GPU with 10496 CUDA cores and the aforementioned hefty amount of VRAM. As for the display outputs, however, we talk about three DisplayPort 1.4a ports, two HDMI 2.1 ports and a single HDMI 2.0 port, so as to support up to three monitors in your configuration.

But what really stands out is the triple fan cooling system by Aorus, including the two 115 mm “Wind Claw” side fans and the 100 mm central fan; by overlapping the fins of the latter and rotating in opposite directions, the external ones are able to maximize efficiency and guarantee the best performance to the copper base plate with five tubes connected to the heat sink.

Finally, even lovers of aesthetics will be satisfied thanks to the matte black coating with glossy, silver and even RGB accents. Laterally there is an integrated LCD monitor to view important details such as GPU temperature or, alternatively, images, GIFs and custom text strings. Regarding the price in Italy, currently no official details are known; however, just go to the sites of the GIGABYTE partner stores in the coming days to find out more information.

Even EVGA in January 2021 presented its new NVIDIA GeForce RTX 3090 KINGPIN Hydro Copper custom, with a high cost but with a unique aesthetic. GIGABYTE, on the other hand, recently let out its new NVIDIA RTX 3080 Ti and RTX 3060 as well.