Nreal will bring Steam in beta to its Augmented Reality glasses

When augmented Reality (AR) glasses have not yet become a mass product compared to common electronic devices today such as smartphones or quantifying bracelets, there are already brands of AR glasses that are working to make your models are more attractive to potential consumers by launching new possibilities.

In this regard, nreal has announced that, coinciding with the hackathon called AR Jam, which will start on June 27, with which it hopes to attract developers of Augmented Reality experiences using $100,000 in cash prizes, will launch the beta version of Steam on its Nreal Light and Nreal Air models, allowing users to enjoy an experience equivalent to bringing the games of this platform to a 200-inch HD screen.

More options for users of these devices

advance some of the difficulties that users will go through in the beginning noting that it “requires a bit of effort to set up and is not optimized for all Steam games.”

In any case, its arrival adds to the possibility of broadcasting Xbox Cloud Gaming games through Nreal’s Nebula platform, and even the use of video streaming platforms through their respective applications on devices from this company. . 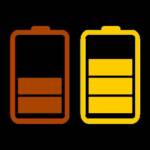 What is clearly sought is increase the number of options through new software so that those who opt for some of these models are not limited to a few capacities after purchasing them, taking into account the company’s approach with its models towards end usershaving a lower cost compared to the Augmented Reality glasses devices that other companies focus on the business market.

And although Nreal has been one of the first companies to enter this field, the future arrival of AR glasses models from the main technology companies means that Nreal has to get its act together, noticing that there is more and more competition in its segment.