Nothing Ear 1 Stick: phone gets official teaser and should be released soon

After a lot of rumors and leaks, nothing has finally published the first teaser of its upcoming wireless headphones dedicated to good value. We’re talking about the Nothing Ear 1 Stick.

The image shared on all the company’s social networks shows that the headphones must have a cylindrical caseand it is also composed of transparent materials.

Commenting on the matter, Nothing claims that it used makeup equipment cases as inspiration, and the format even facilitates carrying it in the bag.

Ingenuity carries a fragment of the Wright brothers’ first airship

For now, the material still does not reveal the final design of the headphones, but everything indicates that they should have a small stem. That is, something very similar to the brand’s first wireless headphones.

The biggest difference is that the Nothing Ear 1 Stick may end up losing support for noise canceling technology and even wireless charging. That’s because the focus of the devices is the final price.

So far, there is no official release date.

Despite releasing the Nothing Phone 1, the manufacturer did not announce its next wireless headset at the last conference. That’s because all the spotlight was directed at the smartphone.

However, according to sources who have access to the company’s plans, the Nothing Ear 1 Stick is getting closer and closer to its release. Commenting on the matter, Mukul Sharma said that the headphones are already being tested by some people in Asian and European markets.

In addition to the simpler variant known as the Stick, Nothing has also been testing a second model which is being called the Nothing Ear (2). However, there are not many details available about it.

Speaking a little more about the Nothing Ear 1 Stick’s specs, this headphone will not have active noise cancellation. Even so, it comes with IP54 certification, Bluetooth 5.2, autonomy of up to seven hours on a single charge and an additional 30 hours with the case.

For now, Nothing does not comment on the leak of information, nor does it give a release forecast for its next wireless headphones. 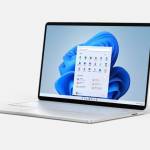 With a global launch scheduled to take place tomorrow, the Nothing Phone 1 can be made official alongside the brand’s second headset. The information has been circulating in the main rumor channels in recent weeks, and today Nothing Ear 1 Stick passed certification at Indian BIS.

According to Mukul Sharma, the full datasheet has not yet been released, but preliminary data indicates that Nothing really intends to bring this new wireless headset to market.

The device is numbered B157 and theoretically can already be sold on Indian soil.

Rumors indicate that the Nothing Ear 1 Stick should be made official with a design similar to the original model, as it has Bluetooth 5.2 and IP54 certification.

It is worth remembering that the wireless headphones have already had their page leaked on the Indian Amazon and that the European price is 99 euros, something around R$ 548 in direct conversion.

Nothing Ear 1 Stick has more details confirmed on retailer page

The Nothing Ear 1 Stick is apparently ready to go official next week. That’s because the wireless headset has now been located on Amazon India, with the material bringing some clues from the device. 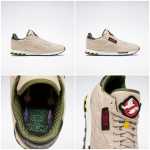 According to the well-known and trusted Ishan Agarlwal, the headphones should be released without the traditional rubbers and their charging case will be more compact.

In addition, we should also expect some kind of noise cancellation and improvements in the field of autonomy.

The most important detail revealed by the leaker is the possible launch price: 99 euros (~R$ 547). That is, the same amount charged for first generation headphones.

For now, Nothing has not confirmed the release of the Ear 1 Stick, but that could end up changing over the next few days. 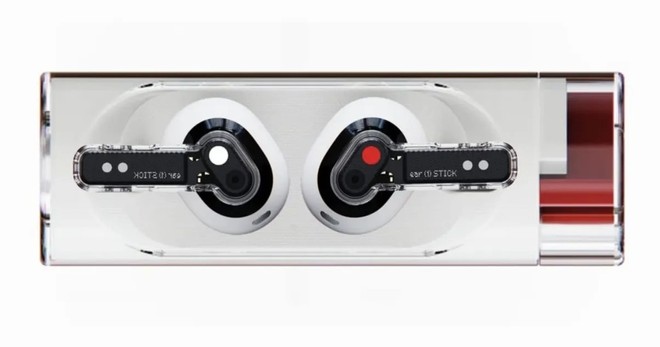 The official launch of Nothing Phone 1 is coming and everything indicates that the manufacturer may also have another product to present in London on July 12th. According to information released this week, we are talking about a new wireless headset.

Commenting on the matter, the well-known and reliable Mukul Sharma said that this headset is just an update of the Nothing Ear 1, and a leaked image brought the final device design without many cosmetic changes.

The main aesthetic change is in the charging case that abandoned the square shape to become rectangular.

In addition, the new headphones should have the Stick brand written on their body.

See the design below:

Despite being already available on the main rumor and leak channels, the Nothing Ear 1 Stick should only go on sale on September 19.

We still don’t know if the new phone will bring any internal changes, but it may have the same 11.6 mm driver as the original model. In addition, we can also expect active noise cancellation (ANC) and autonomy of up to 34 hours.

As for the price, rumors indicate that we are talking about headphones that can cost 99 euros, something around R$544 in direct conversion and without considering Europeian taxes.

For now, the manufacturer has not commented on the leak.