TECHSMART
Home Tech News Smart Gadgets Not a UFO or a Plane: This Strange Artifact is a Louis... 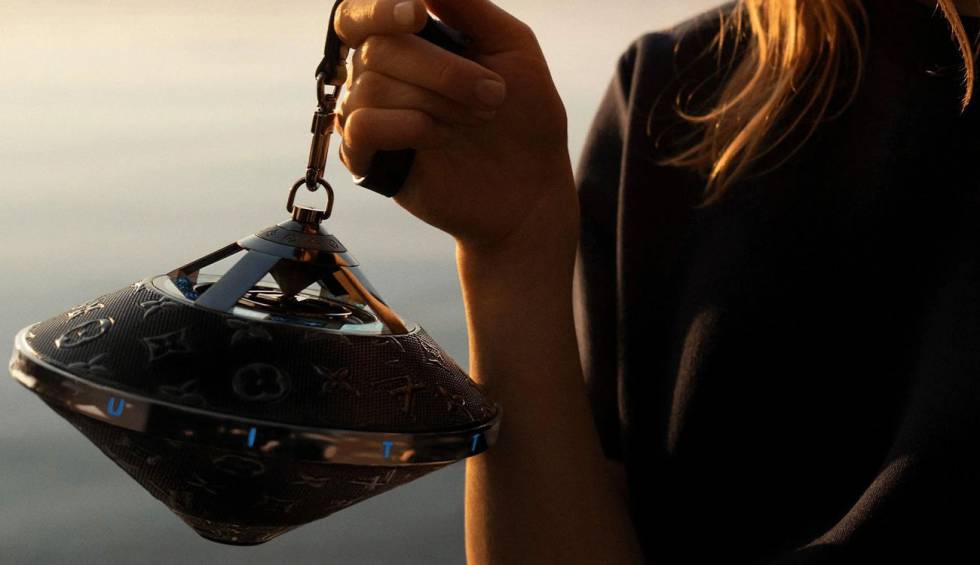 There are times when a gadget pretends to be something more than a simple device that makes it easier for us to carry out any activity efficiently. And the speaker has to do with make us reach our ears, in the most precise and reliable way, that musical nuances of the compositions that we like the most. Although when such a thing passes through the hands of Louis Vuitton, it ceases to be a simple accessory.

What the luxury company has wanted to express with this Horizon Light Up Speaker is nothing other than make us see that a wireless speaker can give much more of itself and, in addition to its usefulness for listening to any audio content, it can also become an artistic and luxury piece for the house. So for the same price we are taking an incunabula that who knows what it could end up being worth over the years.

The design of this Horizon Light Up Speaker surely reminds you of a botafumeiro (in miniature) of those that are thrown into the skies of some cathedrals such as Santiago de Compostela, and that acts as a huge censer. Here, those materials have become a metal body with leather decoration and LED lights for the upper part that give the speakers a strange appearance of an alien artifact.

These speakers have two 0.75 ” tweeters, a 3 ” subwoofer and three microphones capable of collecting everything we tell them regardless of our location with respect to the gadget and that give it the ability to understand virtual assistants. Moreover, due to its design, it offers 360º audio effect, which also allows us to listen to music with the same quality practically without looking at how we position ourselves with respect to the Horizon Light Up Speaker. Now, although his appearance screams out to put a foot with which to support him, it will be easier to find a place to hang it and do its magic.

Keep in mind that it installs a battery that the brand points out has 15 hours of autonomy, to take it everywhere and become the center of the party. It supports bluetooth 5.1, 2.4 and 5GHz Wi-Fi, AirPlay, Qplay and MFI certification. If you want to buy it, you have it available in the official store of the brand for a price of 2,890 dollars of nothing (2,456 euros to change). Oh, and hurry up if you want because it tends to be sold out as new units arrive.

Face ID is coming to all Apple Macs, iPhones and iPads very soon, do you know exactly when?

Are you going to the beach on vacation this year? This ‘app’ alerts...