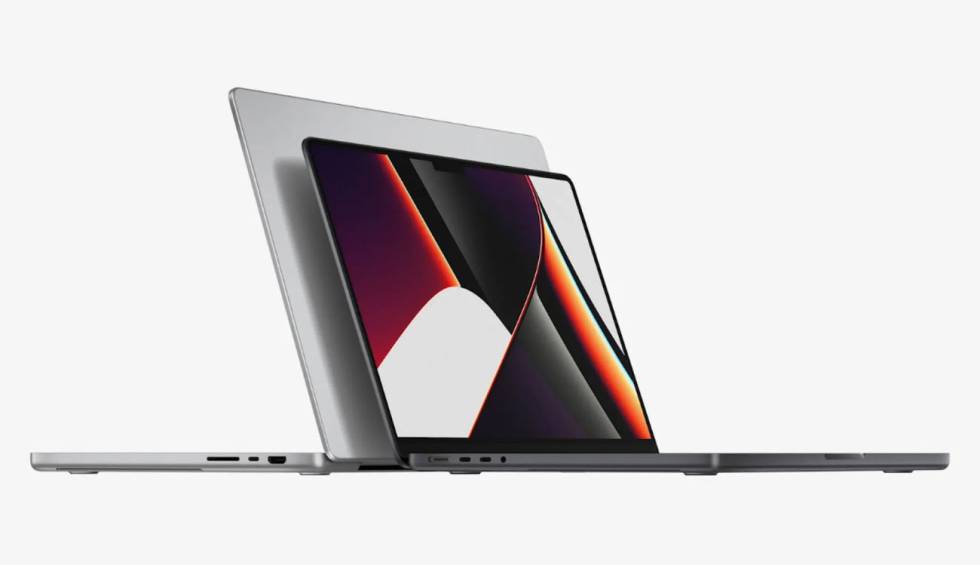 Today’s keynote was written that it would focus on Apple’s new laptops with improved chips, and the truth is that we were not disappointed. Of course, after seeing the new models, it is clear that Apple collects candles with some of its most determined bets of the last few years: goodbye to the TouchBar (anyone used it?) and hello to the new connections (and not just Thunderbolt or USB-C).

The new design of the MacBook Pro that Apple has presented are a hymn to old ideas that the North American notebooks already had many years ago: return the MagSafe connector to the power adapters, something that users had been crying out for because of the danger of a fixed connector such as USB-C, as well as SD card slots or full HDMI ports to connect external monitors more easily, without having to buy adapters.

What is that on the screen?

But the funniest thing about these new MacBook Pros is that makes an appearance on the screens of the two models presented the famous notch of the iPhone. Apple has decided that, so that the edges of the screen are minimal (just 3.5mm.), The only way to keep the camera for Facetime is by compressing all its components within an element similar to that of their smartphones. Luckily, all the space it occupies only prevents us from seeing part of the top bar of macOS, so we do not lose too much information.

The new MacBook Pros, thanks to this decision, They gain in screen size and where before there were 13 or 15 inches, now there are 14.2 and 16.2 with refresh rates of 120Hz and a standard brightness of 1,000 nits (with maximum peaks of 1,600). The camera, which according to Apple “is the best they have ever installed” in a laptop, is accompanied by three microphones to offer audio in video calls with “studio” quality. It’s more, the speakers are also renewed with the arrival of six speakers, two tweeters and four woofers.

The keyboard also undergoes changes and where before there was a TouchBar, now there are physical function keys, those of a lifetime with their F1, F2, F3, etc. Apple, finally, throws in the towel with one of those elements that have failed to curdle and that very few users have actually squeezed the most. Obviously, these two models will benefit from configurations with the new M1 Pro and M1 Max chips (only for the top-of-the-range 16-inch model), which multiply by two, three and up to four both the processing power and the energy savings or the graphics capacity of your GPU. The new computers You have them from today to reserve, with delivery dates for next week and prices that start at 2,249 euros for the 14-inch model, 512GB of disk space and 16GB of RAM.

Apple is the brand with the highest presence in the DxOMark screen ranking. ...