New leaks of the Galaxy Z Flip3 and Z Fold3 advance water resistance, renders and a case with S Pen

Closer and closer to its official date, fewer details remain for Samsung to surprise us, with the appearance of new renders and official images of the galaxy Z fold3 and Galaxy Z flip3, which advance us a resistance to water, a reconfirmation of the design of both folding phones, and the arrival of a case compatible with the S Pen, thus confirming the latest rumors about its compatibility.

However, as the leak shared by Evan blass, the specific mention of an IPX8 rating instead of the recurring IP68 or IP78, raise new concerns about whether or not the phones will cover dust resistance, something that has been a recurring problem since Samsung started making these foldable phones.

Also note that this tweet also mentions the supposed specifications of the screen and cameras of both phones, with sizes and sensors identical to those of their predecessors, within expectations.

On the other hand, as we have seen recently, finally Galaxy Z Fold3 will feature S Pen stylus support. However, in the absence of a dedicated space to store it on the phone itself, it seems that Samsung has decided to create a special case to serve this purpose.

Thus, the S Pen will be stored in a slot located on the hinge of the phone, which although will make it impossible to place the device horizontally, it will probably improve the grip slightly when we use it with one hand and the pen itself.

Finally, WinFuture has also shared some new renderings of the Galaxy Z Flip3, supposedly belonging to the official marketing images of the company, thus anticipating us the final design of this second folding phone. Practically identical to the previously seen leaks, these new images give us a good view of its outer screen, slightly larger, as well as its vertically reoriented dual camera system. 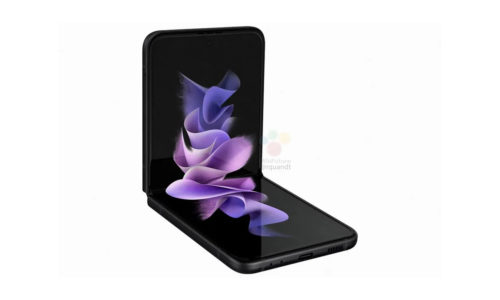 With all these details ahead, we can only wait until the celebration of the official Samsung event, scheduled for next August 11, where in addition to the Galaxy Z Fold3, Galaxy Z Flip3, the new ones are expected to be presented. Galaxy Watch 3 and Galaxy Watch Active 4 smartwatches, as well as the new generation of Galaxy Buds2 headphones.