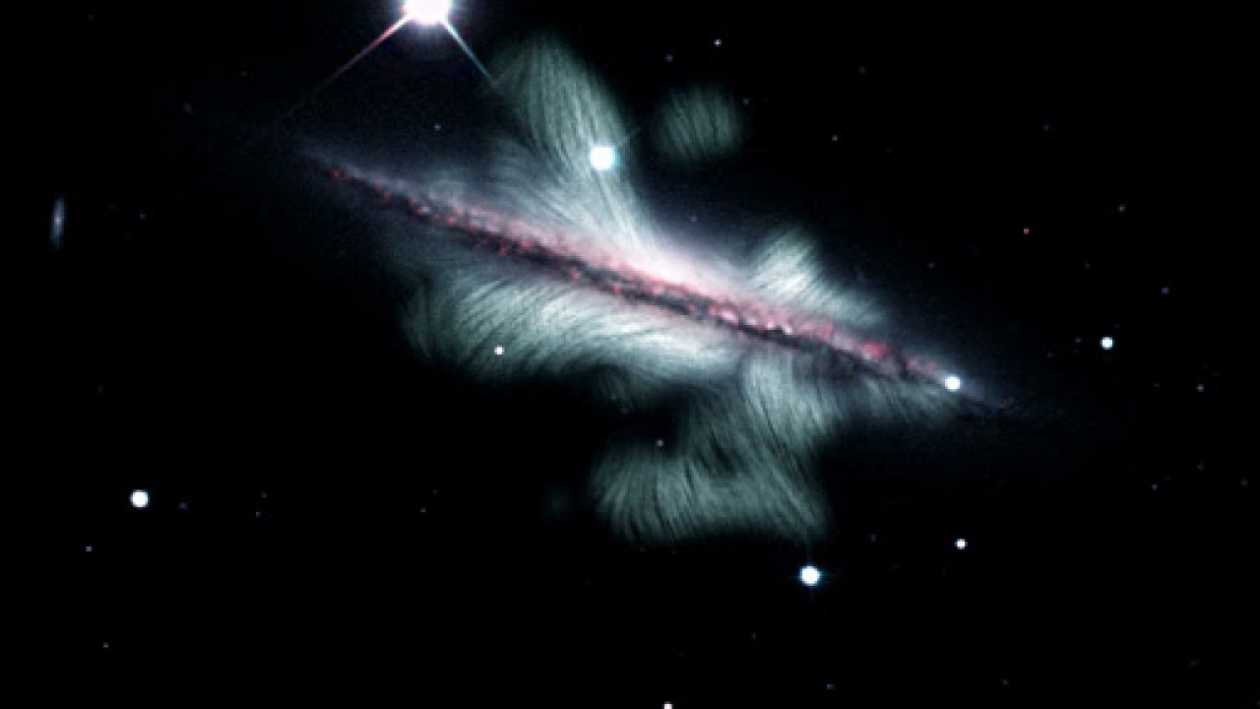 Spiral galaxies, such as the Milky Way, have gods magnetic fields with complex structures. There are theories about their formation but the process has not been understood. A team of researchers analyzed the galaxy NGC 4217 and discovered new structures that have never been observed before, possibly caused by star formation and supernovae.

The team led by Yelena Stein of the University of Bochum analyzed the data collected in the “Continuum Halos in Nearby Galaxies” project, in which radio waves were used to observe 35 galaxies. The measurements are more precise than the mapping of the Milky Way carried out last year.

“NGC 4217 is of particular interest to us, ” explains Yelena Stein. The galaxy is similar to the Milky Way and is only 67 million light-years away from us, relatively close, in the constellation Ursa Major. The researchers hope to be able to derive some information about the Milky Way from their findings.

When they looked at the data from NGC 4217, astronomers have found some remarkable structures. The Galaxy has some X-Ray formations that extend off the disc for about 20,000 light-years. In addition, x-ray structures and two large bubbles were observed; the latter was born in areas where many stars die and there are many supernovae, but there are also many stars that are born and emit strong stellar winds. Studying the magnetic field is also fundamental to understand the formation of the galaxy itself, particularly in spiral galaxies.

“IS fascinating to discover unexpected phenomena when we look at galaxies with polarized radio waves, ” says Dr. Rainer Beck of the MPI for Bonn radio astronomy. “In NG 4217, there are giant bubbles of magnetized gas and magnetic fields with spiral structures that rise from the galactic halo. ”

The analysis also showed closed structures of the magnetic field along with the entire galaxy. This has never been observed before and researchers believe it is due to star formation because at that point the matter is pushed outward.

To obtain these measurements, astronomers used techniques that allowed him to see the field lines, both chaotic and ordered, along the line of sight and perpendicular to it. The result was an image showing the whole field. To optimize the results, Yelena Stein combined images in the radio band with a photo of NGC 4217 obtained in visible light.

iOS 16, after 3 months is installed in 70% of compatible devices

Almost 3 months have passed since September 12, the days when iOS 16 was...
Europe

“I just don't understand why the government treats us like criminals," teacher Maria Nemes...