The GP75 Leopard is a powerful and refined desktop replacement, thanks to its 17-inch screen and the 10th generation i7 processor. 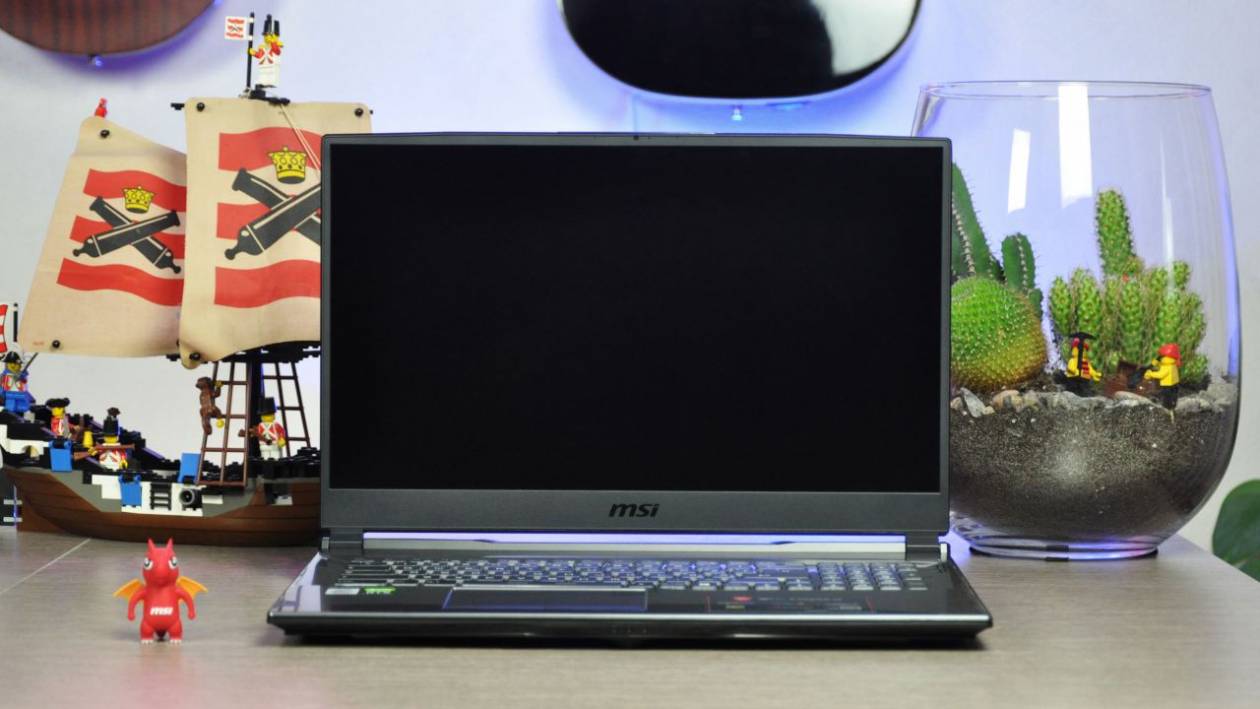 Laptops are increasingly replacing desktop computers. Their versatility is undeniable, they can be moved easily and offer, in the more expensive variants, a power until a few years ago reserved for desktop PCs.

MSI GP75 Leopard was born to be used instead of a classic desk computer, the 17.3-inch display size leaves little room for doubt. The use in mobility is obviously not its strong point, it is only with the power inserted that its components can be exploited to the best, including the Intel i7-10750H processor and the NVIDIA RTX 2060 GPU that we have tested during this short test. 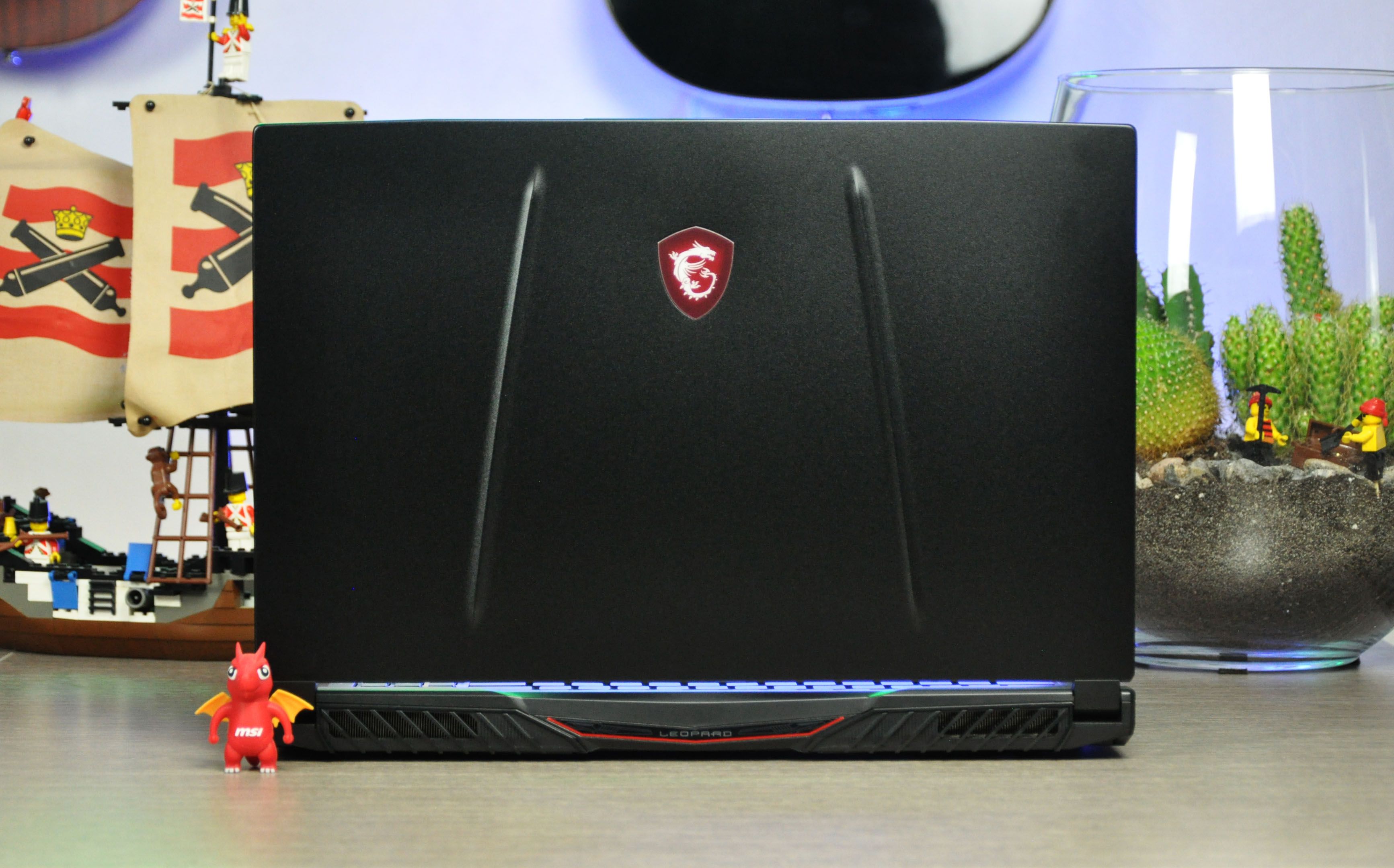 MSI GP75 is the direct evolution of the model released last year, of which it has maintained the look and construction characteristics, updating itself mainly inside. With the lid closed MSI has chosen to maintain a sober look. Also this time the only concession in the world of gaming is the company logo, backlit, which gives a touch of aggressiveness to the whole. The lid is made of metal while the shell is made of good quality plastic, there is not much lack of noble materials.

The rear air intakes stand out on the back, in the centre of which stands the inscription “Leopard” Speaking of the dissipation system, by turning the laptop upside down you can see two other grids that hide as many fans, which together with 7 heat pipes reduce the heat inside the body.

The screen is characterized by reduced edges on three sides, the area around the keyboard instead lets the gaming soul shine through, with geometric designs that characterize some areas of the body. 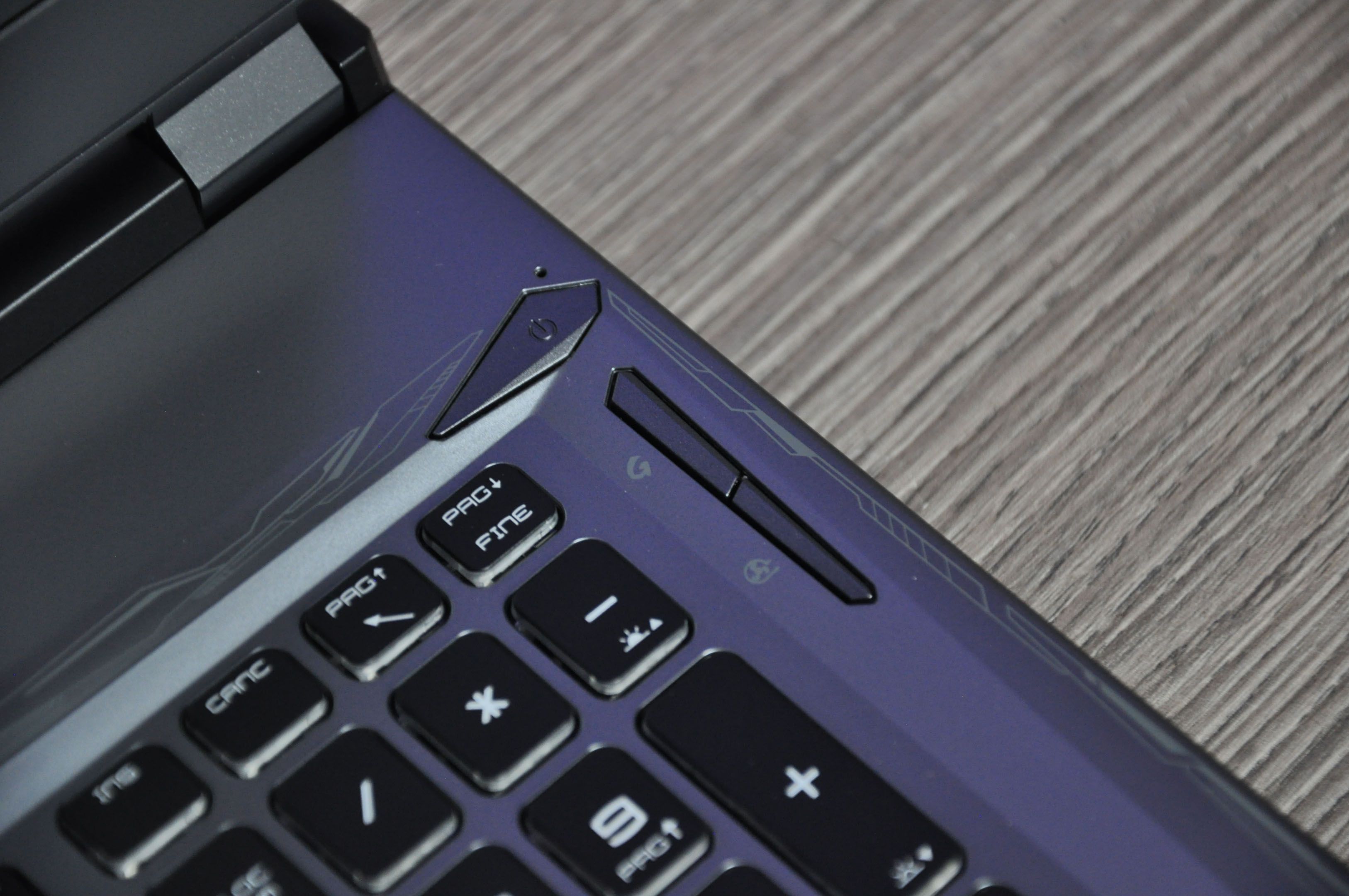 The keyboard is signed SteelSeries, with the keys equipped with fully customizable RGB lighting, the touchpad is of good quality and of dimensions suitable for daily use. Two shortcuts are available on the right of the keyboard, the first one is used to modify the keyboard light effects, the second one brings the fans to the maximum rotation speed, a useful option if you want to cool the laptop quickly but very noisy.

The dimensions are obviously generous, as for any self-respecting desktop replacement, 398.5 x 272 x 28 mm, for a total weight of 2.6 kg. The GP75 was created to be used leaning against a desk if you are looking for a laptop to be used on the move, better look at models smaller. 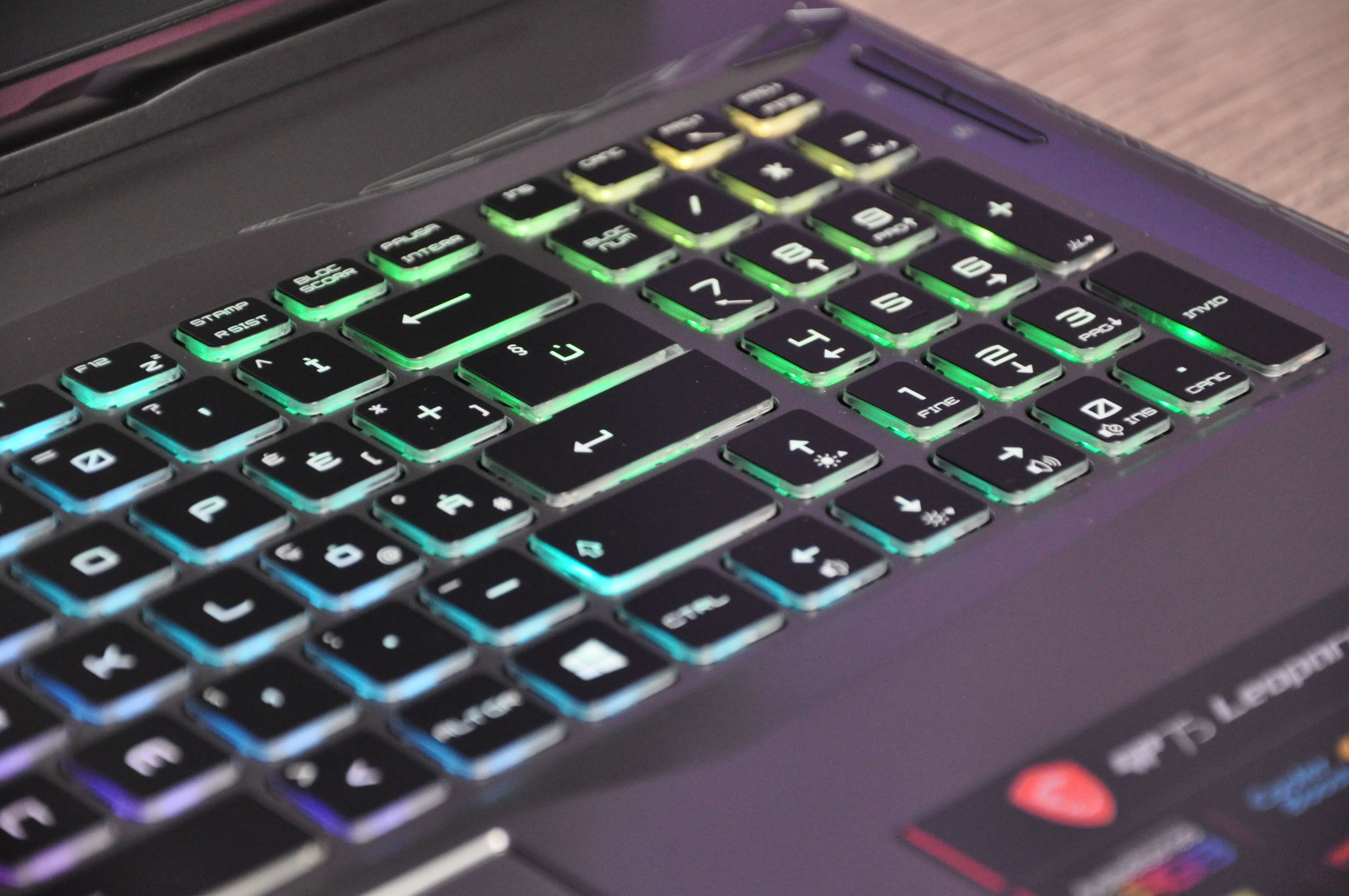 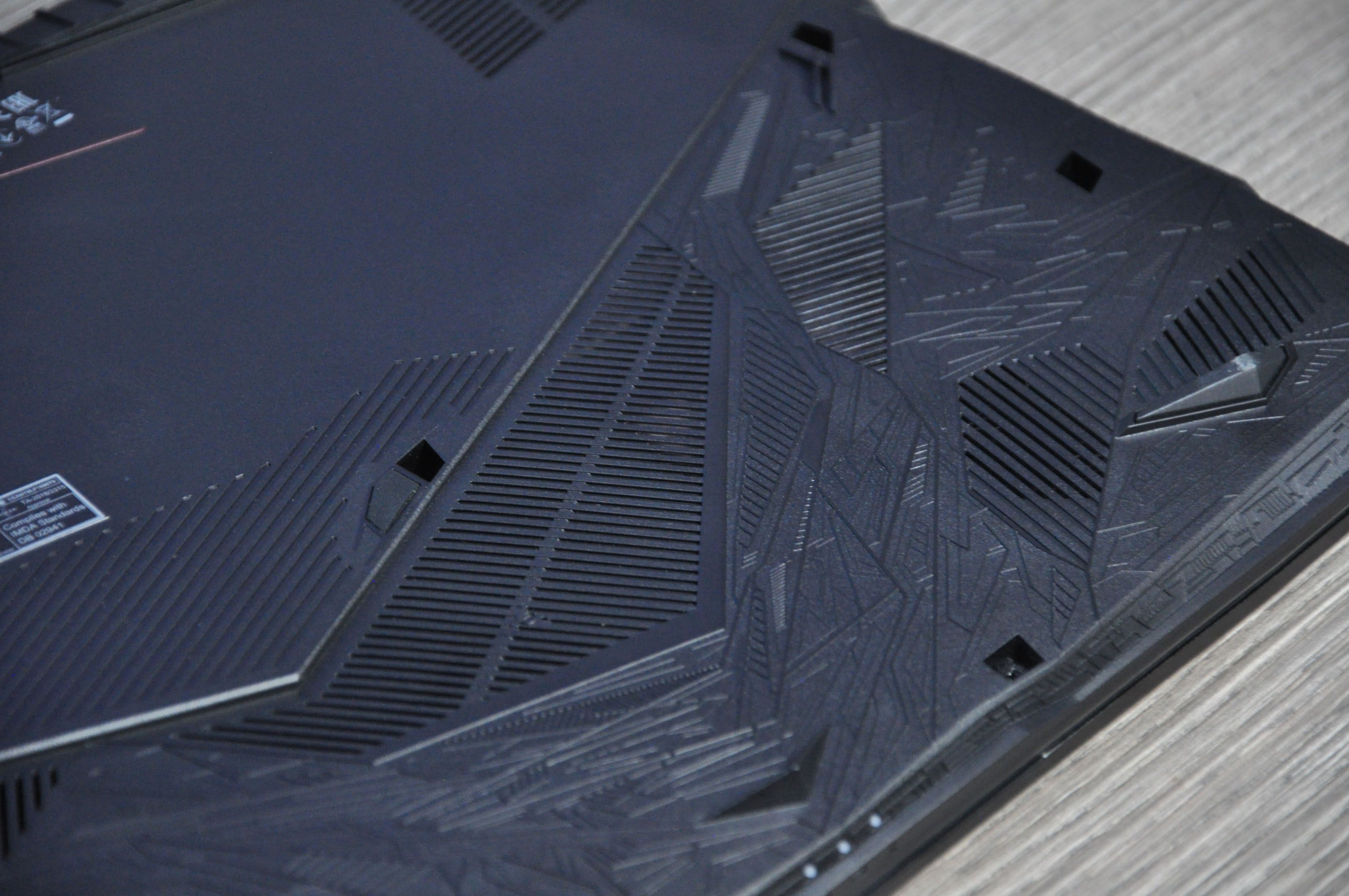 MSI has tried to create a real desktop replacement with this GP75, starting from the processor, an Intel i7-10750H 10th generation. It is a CPU with 6 cores and 12 threads, with frequencies that from specifications start from 2.6 to reach 5 GHz if the temperatures and the power limit allow it. A high-end solution that has no problems even with the heaviest uses. We put it to the test with several consecutive cycles of Cinebench R20, the temperatures also rise to 90 degrees but the dissipation system manages to withstand the blow, also thanks to the larger size of this notebook, thus limiting thermal throttling.
Obviously the 5 GHz declared by Intel are not reachable with all six cores at the same time, during the test these settle between 3.8 and 3.9 GHz, remarkable values ​​and possible only thanks to the good heat dissipation. The shell heats up in the area above the keyboard, the heat is noticeable but does not bother.

The GPU, one RTX 2060 with 6 GB of RAM, brings 1920 CUDA Core and the same number of Tensor and RT Core as the PC version. We then find 16 GB of RAM at 2666 MHz and an M.2 NVMe SSD from Western Digital 1 TB. Both the RAM and the internal memory can be updated without voiding the warranty, but you must first contact the MSI Italia service centre.

This configuration allows you to play all the titles on the market in Full HD and with high details, easily exceeding the average 60 fps, in some games, they even reach and exceed 100 fps, as in the case of Doom Eternal. The performance, therefore, allows, very often, to make good use of the 144 Hz screen, without however almost never being able to saturate it. 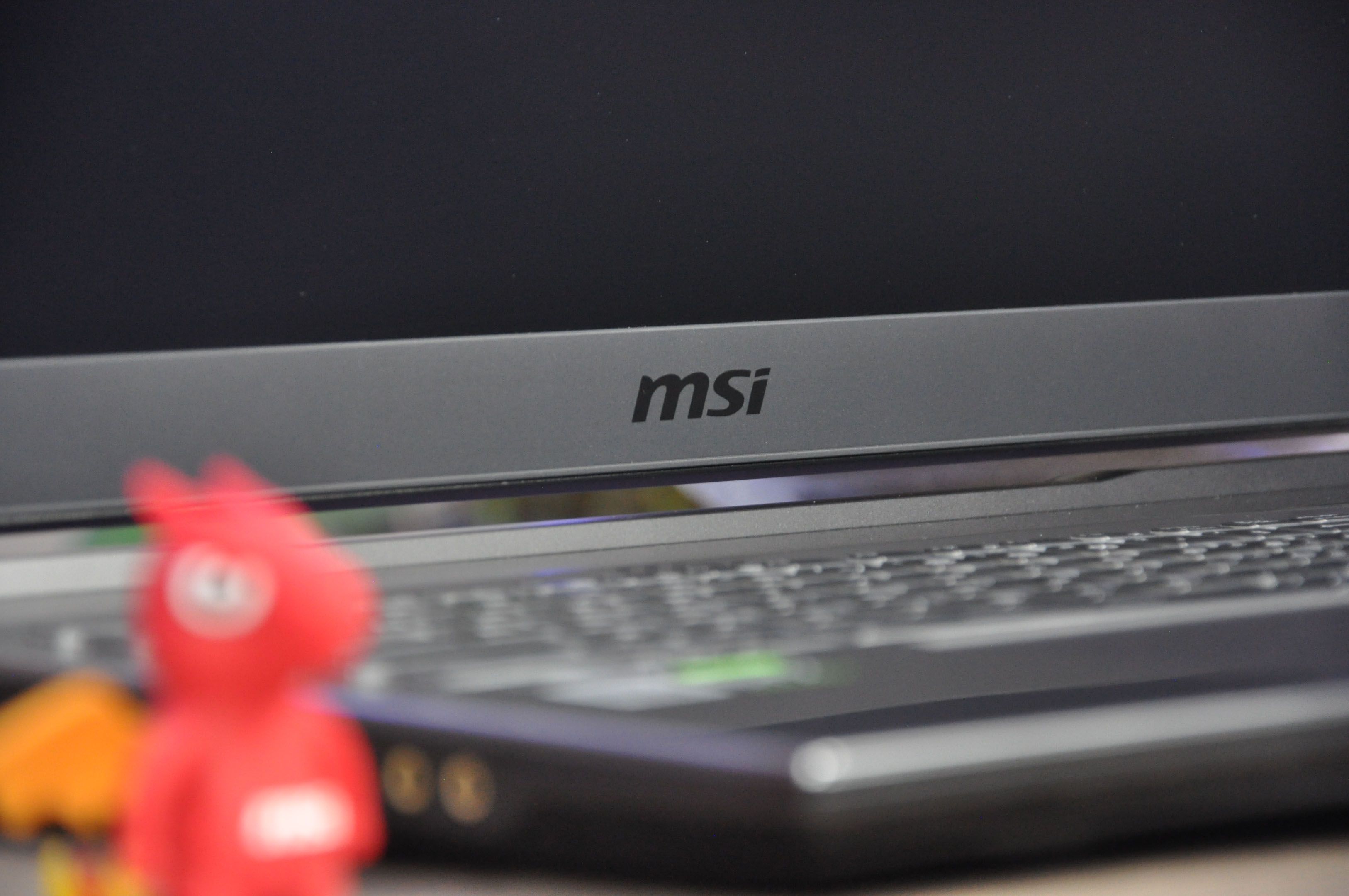 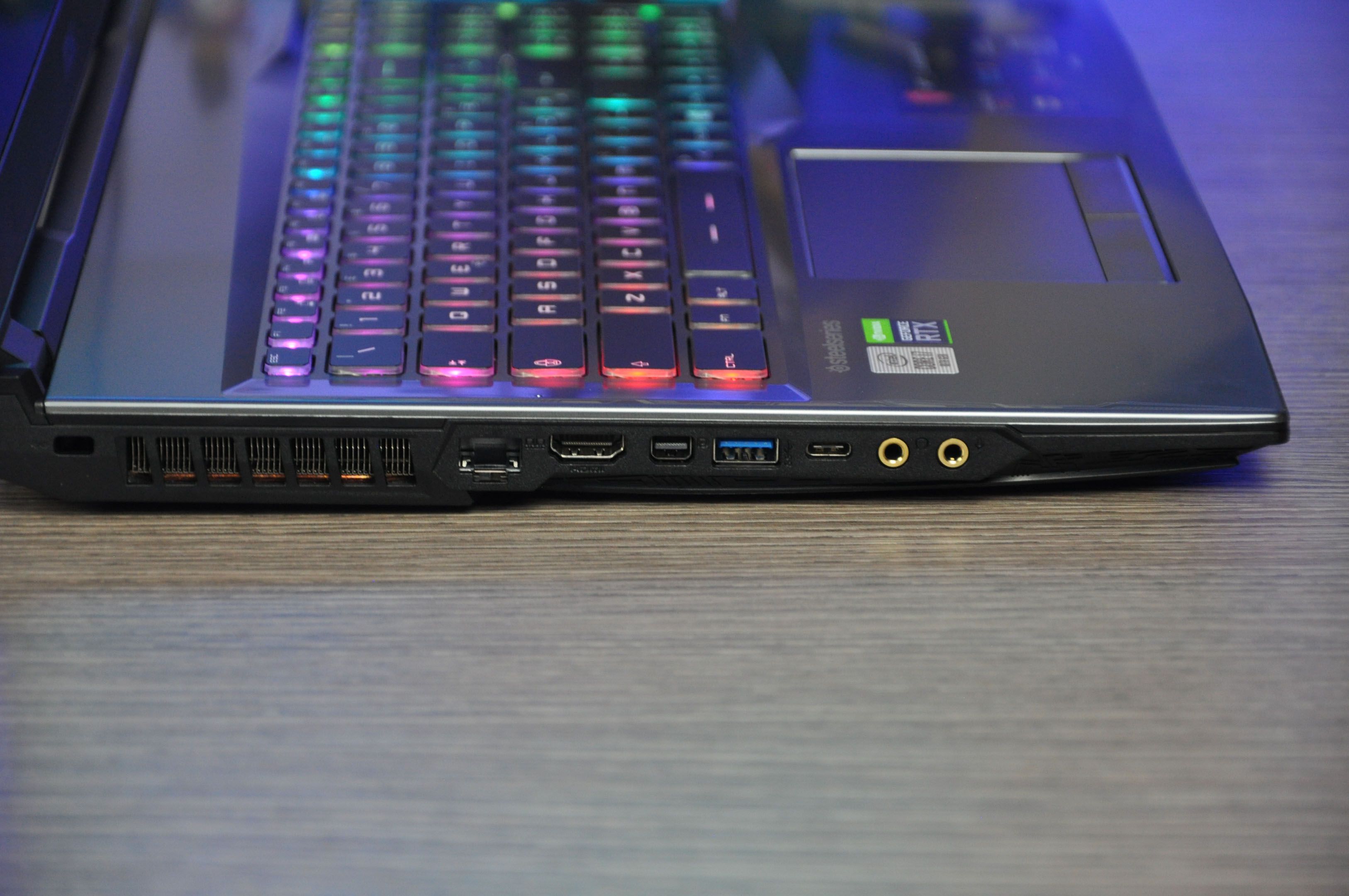 The display is 17.3 inches, with Full HD resolution and 144 Hz refresh rate. MSI has chosen a panel that defines “IPS Level”, to be clearer it is the TN technology.

The screen offers good brightness, especially suitable for indoor rather than outdoor use, and a discreet chromatic fidelity, more calibrated towards playful use and everyday operations compared to the professional one.

Positive feedback on the audio, managed by two 3 W speakers. At maximum volume the distortion is minimal, there is a certain lack of bass but the performance remains good. With headphones listening, the quality improves markedly, as also the Hi-Res Audio certification, while the Nahimic software allows you to customize your listening based on the type of content, with presets dedicated to gaming, cinema and music.

As often happens with laptops of this size and with advanced hardware, the autonomy is not high, we managed to do about 3 hours of mixed-use, but remember that the GP75 was designed to be used especially in the home or office, connected to its power supply. 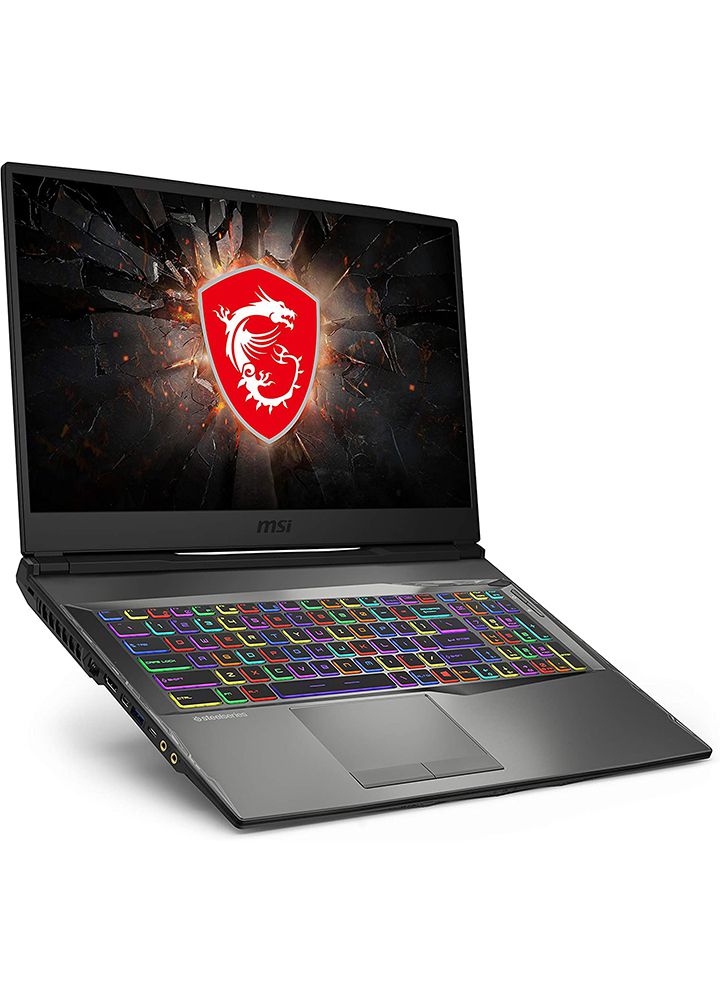 This short test of the Leopard GP75 showed us a laptop with solid performance and an effective dissipation system. Its primary field of use remains to the game, in this context, it easily exceeds 60 fps in 1080p, in some cases, even the 100 fps barrier is not unattainable, however, it all depends on the title. The screen is of good quality, excellent if you think that a TN panel has been used, and the audio doesn’t disappoint either. With a price of 1849 euros on Amazon, MSI’s laptop is placed in the high end of the market, a difficult and very competitive segment, in which, however, it can certainly have its say, especially as soon as the cost has levelled a little down.

How to join Mastodon

When is the year roundup 2022 released on Spotify?

One of the moments most anticipated by Internet users each year is the launch...