As Dutch farmers protest over emission cuts, a misleading video claims that undercover police officers were attacked by demonstrators. Euronews has fact-checked these claims.

Thousands of agricultural workers have gathered in the central Netherlands to protest the Dutch government’s plans to reduce emissions of nitrogen oxide and ammonia by 2030.

Those who work in the farming industry said their work and output will be severely impacted, given their reliance on nitrogen products for fertiliser.

Farmers had driven their tractors across the country, blocking traffic on major roads amid rising tensions.

Dutch police said they fired warning and “targeted” shots on Tuesday night, causing no injuries but hitting a tractor. 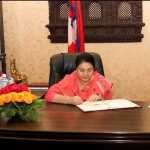 “At around 22:40 (CEST), tractor drivers attempted to drive into police officers and service vehicles … A threatening situation arose,” Heerenveen police said on Twitter.

Three people were arrested and an independent investigation has been launched into the decision by police to open fire.

One video falsely claims to show undercover police also being attacked during these protests by angry demonstrators.

The footage shows protestors throwing objects at plain-clothes officers, who are forced to retreat to their police van. One version of the video has received more than 1.2 million views on Twitter.

However, this video does not show the recent farmers’ demonstration. Using reverse search tools, Euronews found that this video was originally posted in August 2020.

The original video actually shows clashes during a demonstration in The Hague against COVID-19-related restrictions.

It is unrelated to the ongoing protests against plans to cut nitrogen oxide emissions in the Netherlands.