Traditionally, you couldn’t do much in Android Auto beyond going from one place to another, controlling your music, and viewing mobile notifications. Recently, Google is opening the ban for all kinds of applications and, apparently, soon we will have minigames in Android Auto.

According to the XDA investigations, it will be the HTML5 mini-games from Gamesnacks – Google’s Area 120 project – which will be available on Android Auto, as long as the car is stopped and has a touch screen. Some users on Reddit have come across the games now accessible, possibly by mistake.

These games are not The Witcher 3, as in the Tesla Model S, but they are very simple HTML5 minigames that Google has gradually integrated into several of its applications. For example, in the past you tried to include the minigame of the day in Google Chrome. In XDA they have managed to make some of them work in Android Auto, where they need the vehicle have a touch screen. 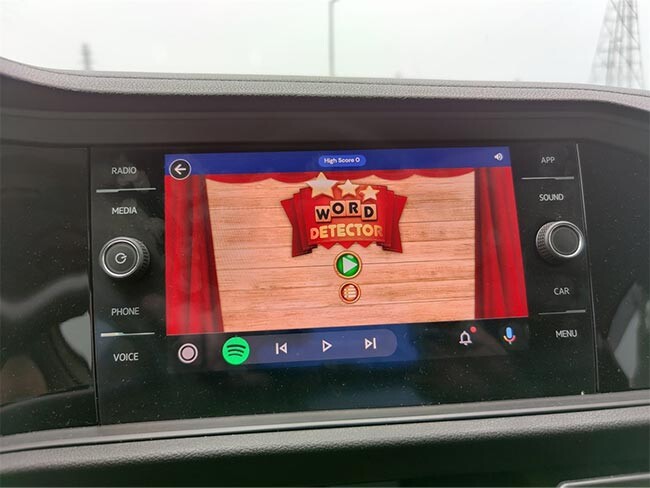 Google at the moment has not commented on the matter, but in XDA they have found that several of the games of GameSnacks have a specific link for Android Auto, like ZooBoom, ONET Connect, Cannonballs 3D or Pin the UFO, so the clues are pretty clear that the integration of these minigames could be just around the corner.

Being games that require you to interact by tapping on the screen, it is foreseeable that they cannot be opened unless the car is parked. We will have to wait and see when Google decides to make this new Android Auto official and if it will be activated equally in all regions or little by little, as usual.

The Google Clock widget can show the time in multiple cities: Here’s how to do it

Avoid business calls: so you can have the Google phone tell you why they are calling

Look at the list of Xiaomi cell phones that will be updated to MIUI...

How to know who read your Telegram messages in a group: the app is...