The US photo agency Getty images has banned the upload and sale of illustrations created with AI image generators such as Dall-E, Midjourney or Stable Diffusion. This was announced by the company’s CEO to the US news portal The Verge. As a reason, he cited concerns about the legality and copyright of such works.

With your consent, an external YouTube video (Google Ireland Limited) will be loaded here.

I consent to external content being displayed to me. This allows personal data to be transmitted to third-party platforms (Google Ireland Limited). Read more about our privacy policy.

Getty and Unsplash aren’t the first platforms to take action against AI-generated art. Previously, several art portals on the Internet had prohibited the upload of works created by an AI image generator. Meanwhile, calls for the content to be banned are growing louder on sites that have not yet responded to the trend. Apart from legal concerns, there is a great concern that such portals will be literally flooded with such automatically created content and the manual work in between could disappear. Some communities also demand upper limits for AI contributions and not a complete ban. 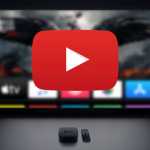 YouTube stops working on some Apple TVs, is yours among them?

Images from an AI image generator were already available at Getty Images before the ban, but Peters did not tell The Verge whether there had already been legal problems as a result. This already posted content should now be removed.

At the competitor Shutterstock, for example, a search for Midjourney found a number of images, but according to Vice, their number is now also decreasing. So far, Shutterstock has not made any statement on how to deal with such content.

Image generators such as Midjourney, Dall-E or, more recently, Stable Diffusion create images based on text specifications. In the past few months, a real hype has developed around such software. The results vary in quality, but Midjourney and Stable Diffusion in particular have been causing astonishment on the web for weeks with the results they have delivered. The associated discussion about art has long since reached the masses. Among other things, the training material on which the tools are based is now being discussed. The image collections mostly come from the Internet, and their individual photos were usually not originally intended for AI training.

WhatsApp has several options in the settings that allow us to set different degrees...
Apple

Munich is Apple's largest development location in Europe and is expected to continue to...