One of the great trends in chip designs is the search for custom silicon that best meets the needs of each hardware product and that, incidentally, allows to reduce costs or limit dependence on third parties.

All large technology companies already have or are developing this type of integrated that are designed in-house (most with ARM license) and then manufactured by the TSMC foundries, GlobalFoundries or the Samsung production division which in theory are more ‘ neutrals’ and produce for all manufacturers. A good example of them is Apple with the SoC A for mobile devices and the new M for Mac. In this consumer category we can also mention the Exynos from Samsung or the Kirin from Huawei. For the server and data center segment, the trend towards custom chips is also important, IBM, Google or AWS as an example.

Microsoft is also on it. We know this from information from Bloomberg last year and now a confirmation is coming that seems definitive to us. The company has posted on the LinkedIn network a job offer in which you are looking for a Director of SoC Architecture. «Are you passionate about creating cool gadgets and technologies? The Surface team is illuminating Microsoft’s experiences with the next generation of devices. A fundamental part of our strategy is to unite productivity and mobility through devices that allow new experiences, helping people and organizations to unlock their creativity, passion and potential », describes this job offer. 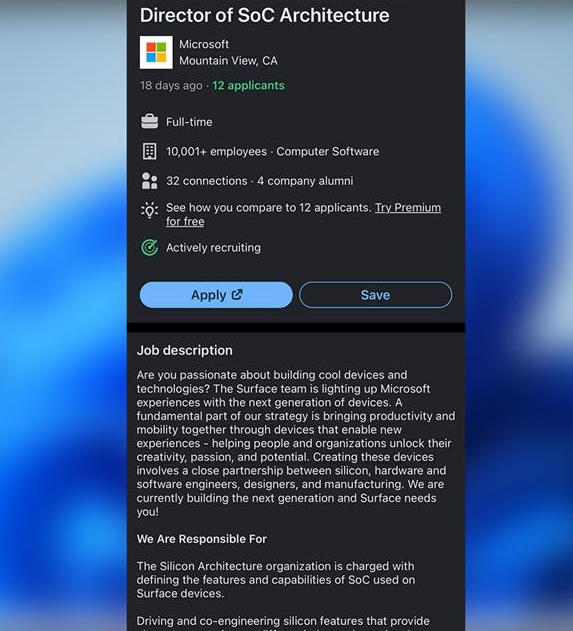 It is also mentioned that this division as a whole is responsible for defining the features and capabilities of the SoCs that will be included in the Surface devices and that Microsoft is currently building the next generation of devices, which is not news considering the full consolidation. of this line of hardware, more and more complete and interesting.

In our opinion, this announcement is a confirmation of the internal development of Surface SoCs. And the answer to Apple’s success of Macs with ARM, of which we will have news today. Microsoft has been trying for a long time, but the ‘Windows on ARM’ project, created under an alliance with Qualcomm and the production of the SQ1 and SQ2 chips (basically modified Snapdragon 8cx) has not worked. 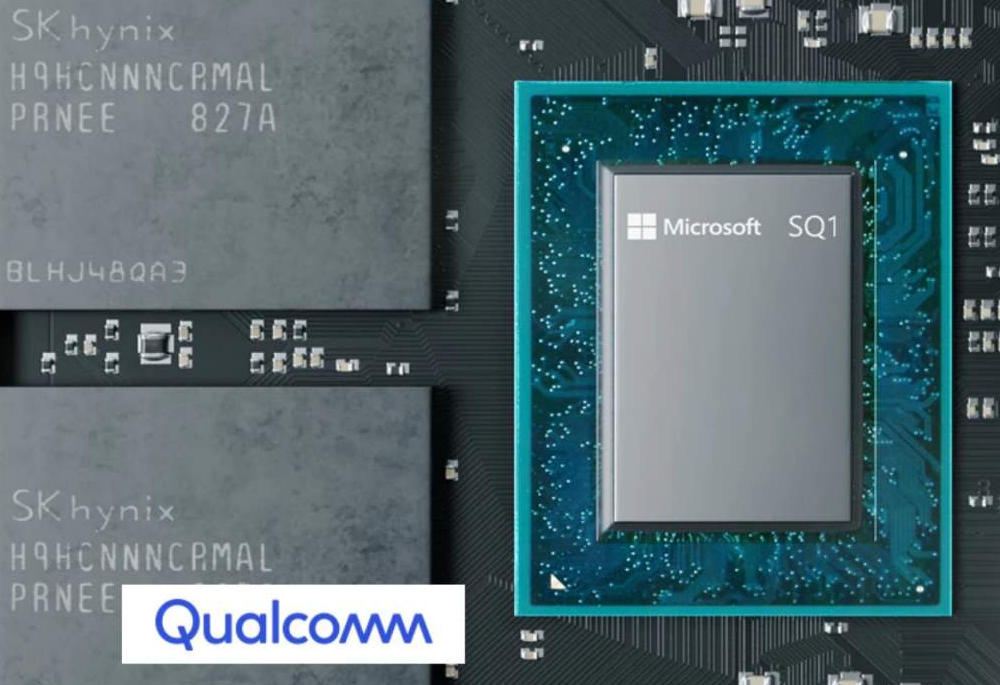 An agreement has also been rumored between Microsoft and AMD to produce an ARM SoC for personal computers. AMD would put its graphics technology in a similar way to how it has done it in the semi-custom chips created for the Xbox consoles. Here, yes, with good results.

We will see. Silicon is only one part of the equation for Microsoft to achieve its aspirations in this field and that they are none other than to increasingly resemble Apple. Software is just as important and so far the Redmond factory has not found the right key to develop a Windows capable of running on ARM as well as it does on the x86 architecture. And running applications. Another great workhorse.