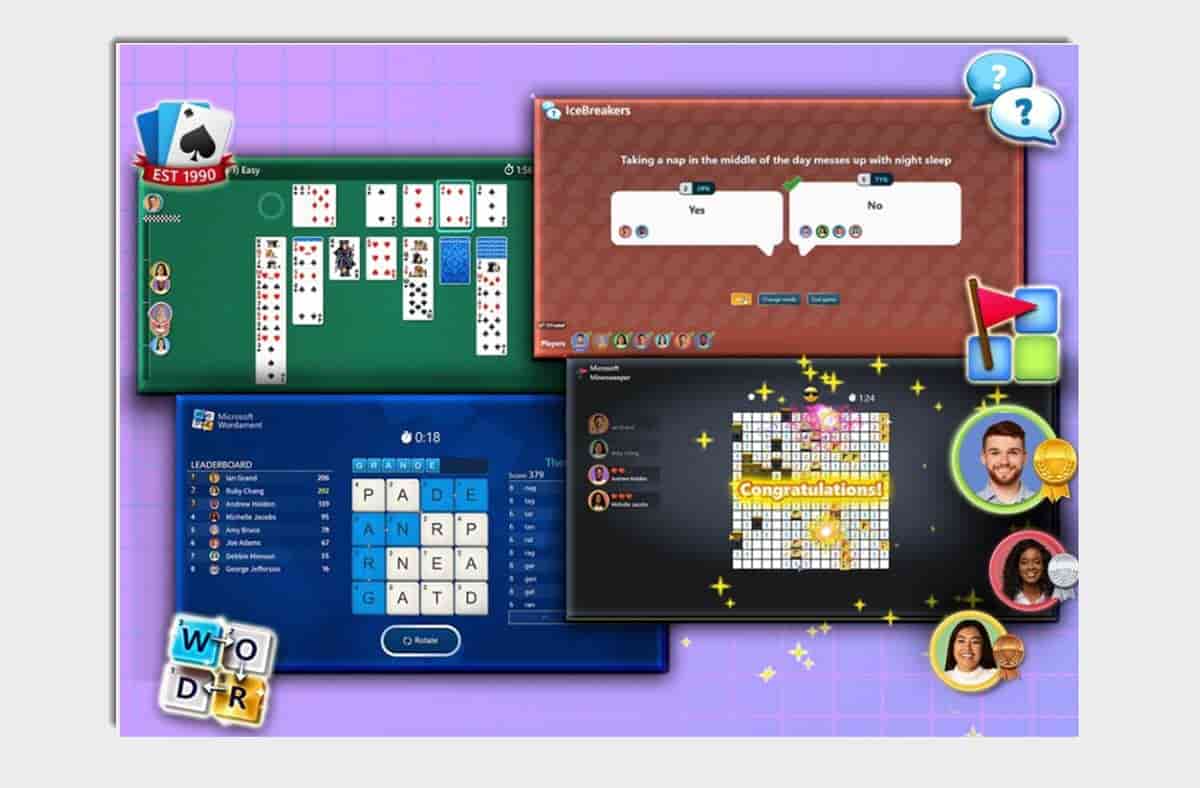 Microsoft is adding a new dynamic within Teams with the Games for Work app, which encourages teams to hang out with a series of casual games.

So you can challenge your coworkers to a game while they wait for a meeting or take a break from the workday.

Microsoft brings a series of causal games to Teams

Microsoft is bringing social gaming to Teams to ease work hours or serve as an excuse to connect with new team members. A proposal that comes under an application developed by Xbox Games Studio:

Choose from a selection of favorite casual games, including Microsoft IceBreakers , Wordament , Minesweeper and Solitaire , all easy to play in fast, interactive and multiplayer versions (2 to 250 players). They are safe for work and ad-free.

Of course, these are not super games, but those popular and simple games that help us pass the time. As the team mentions, there are proposals for up to 250 players to play.

Some of the games include a leaderboard to compare your scores with those of your peers. Or they can choose something simpler to break the ice and discover some aspects of the rest of your team with IceBreakers.

So you can participate in any of the games in multiplayer mode, opt for other calmer dynamics or simply be a spectator. Games for Work will integrate directly into Microsoft Teams, as it already does with other apps.

A dynamic that will work for both the desktop version of Teams and its mobile apps. This new app will be available for Teams Enterprise and Education. And according to the plans that the Microsoft team has shared, more games will be added in the future.

Europe must ‘stand against’ Iranian crackdown on protesters – Rahmani

The European Parliament must "stand against" the reported death sentences given to protesters in...
Tech News

For over 20 years, Google Search has been present in the lives of billions...