Meta raises the universality of language translations to a new level

Meta Platforms, the parent company of social media platforms like Facebook and Instagram, takes another step towards universality of language translations by bringing a significant advance to its initiative called No Language Left Behind (NLLB).

This is NLLB-200, a new AI model that stands out not only for improving the quality of translations of the most widely spoken languages ​​in the world with respect to previous research, but also for monopolizing many other languages ​​than current systems of translation came to neglectwith support for a total of 200 different languages, benefiting even “millions of people who speak the many languages ​​of Africa and Asia.”

From Meta Platforms they show off their new model by allowing more people in the world to access content and participate in conversations that are not in their own language, and without the need for intermediate translations, but it will also allow to favor future experiences based on the metaverse. 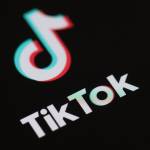 TikTok is the most profitable app in early 2021: here are the rankings of the App Store and Play Store

Also, to help third-party developers improve their respective translation tools, They are not only making available the NLLB-200 AI model but also the FLORES-200 dataset, created to help researchers evaluate the performance of NLLB-200 on 40,000 different language addresses.

But efforts to benefit from efforts behind NLLB-200 go further by also offering grants of up to $200,000 to researchers and nonprofit organizations that can conduct impactful use initiatives with NLLB-200 “focused on sustainability.” , food security, gender-based violence, education or other areas in support of the UN Sustainable Development Goals»

Non-profit organizations interested in using NLLB-200 to translate two or more African languages, as well as researchers working in linguistics, machine translation, and language technology, are invited to apply.