Meta evades Apple’s Tracking Transparency App: here’s how according to the indictment

Half has circumvented the rules imposed by apple’s Tracking Transparency App: This is the accusation made in a class action against the company of Mark Zuckerberg, guilty of not respecting Apple’s privacy rules and violating federal and state laws on the collection of personal data. The case will be heard in the San Francisco federal court.

The class action is based on what was said by Felix Krausea researcher with expertise in privacy and security and former Google employee according to whom the iOS apps of Facebook and Instagram would inject JavaScript code into websites visited by users. This way Meta would have the ability to track everything you do on the net, including typing passwords. Not only that: when you click a web link on Facebook, the app does not open the user’s default browser (Safari, Chrome or other) but an internal browser:

this allows Meta to intercept, monitor and record the interactions and communications of its users with third parties, providing data to Meta which aggregates, analyzes and exploits to increase its advertising revenues,

reads in the documentation filed with the federal court. 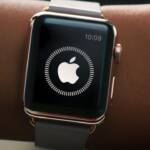 META IS NOT THERE

Meta has already expressed itself in this regard, confirming that yes, the Facebook app for iOS monitors the activities of the browser used by users, but categorically denied that the data was then used illegally. The class action does not think so: this ploy it serves the company to circumvent the ATT Apple requiring explicit consent from users for activity tracking.

After all, that Meta has never willingly accepted the new rules imposed (on iOS) by the Cupertino company is certainly not new: Zuckerberg admitted that this change is costing Facebook dearly.

Apps will soon be able to overlay things on iPhone lock screens and the...
Tech News

The Ryzen embedded CPUs get a big upgrade with the V3000 series. However, it...