Say goodbye to the good weather as Dublin will be lashed by heavy and thundery downpours over the next few days.

A storm heading towards Ireland will bring miserable conditions across the country but is expected to stay offshore on the west coast.

Weather Alerts Ireland said on Facebook: “The storm on Tuesday is expected to keep offshore to the West of Ireland. 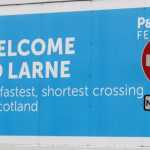 “It will be followed however by windy and wet spells through the rest of Tuesday and Wednesday!

“Some of the rain could well turn thundery and localised flooding is possible!”

Today will start with outbreaks of showery rain, heavy in places, that will clear north this morning along with any mist and fog.

The rest of the day will experience a mix of cloud and sunny spells with scattered showers, some heavy and thundery. It will be mild and humid with temperatures of 18 to 20 degrees.

Showers will die out towards the evening to bring largely dry spells. But, it will turn cloudier from the south with outbreaks of rain becoming blustery as the rain spreads with moderate to fresh and gusty southeasterly winds developing. Mild with lowest temperatures of 10 to 12 degrees.

Tomorrow will start will outbreaks of rain clearing northwards but will be followed by another spell of rain which will become widespread and heavy through the afternoon with the risk of spot flooding.

Temperatures will be around 14 to 17 degrees.

While there is no further Dublin forecast, here is what the national outlook says:

A Met eireann forecaster said: “Tuesday night will bring showers or longer spells of rain and it will be breezy or windy, especially near the west coast where the winds will be very blustery. They will be coming from a mild southerly direction with lowest temperatures of 7 to 10 degrees. Turning drier towards morning.

“A largely dry start with sunny spells and just a few showers. However, rain will spread northwards across the country through the afternoon and evening with some heavy downpours possible.

“Highest temperatures of 14 to 18 degrees in moderate to fresh and gusty south or southeasterly winds, increasing strong at times near coasts.

“Rain will ease away on Wednesday night, with clear spells developing and some mist or fog patches forming as the winds ease. Lowest temperatures of 6 to 8 degrees.

“A mix of sunny spells and scattered showers, with showers most frequent and occasionally heavy over the western half of the country.

“However, there will be a good deal of dry weather overall. Highest temperatures of 14 to 18 degrees in moderate south to southwest winds, fresher near coasts.”