Met eireann have forecast a split in Ireland’s weather over the coming days with one half of the country expected to get temperatures of up to 25 degrees.

Friday will see warm temperatures in Leinster and Munster, while Connacht and Ulster face highs of just 15 to 20 degrees.

Today is expected to stay fairly cloudy across the north and west of the country with occasional outbreaks of rain.

The ban on banking dividends has passed the expiration date

Elsewhere it will be mostly dry and brighter, with just a slight chance of an isolated shower, while the best of the sunshine will be in the southeast.

There will be highest temperatures of 15 to 21 degrees, coolest in the northwest.

“Cloudy with outbreaks of rain in the northwest and highs of 15 to 18 degrees.

“Warm and dry with sunny spells elsewhere, while highest temperatures will reach 18 to 22 degrees in light to moderate southerly winds.

“Dry, warm and sunny to start in Leinster and Munster. Cloudier and cooler in Connacht and Ulster with rain becoming more persistent.

“Becoming cloudier and cooler across the country through the afternoon with a band of rain gradually sinking southeastwards, breaking up as it does so.

“Highest temperatures by early afternoon in Munster and southeast Leinster of 20 to 24, or possibly 25 degrees, with highs of 15 to 20 degrees elsewhere, coolest near northwest coasts.

“Some sunny spells in the morning but cloud will bubble up through the day with a few showers possible in the northwest, and the chance of some rain pushing into southeastern fringes later in the day.

“Highest temperatures of 13 to 16 degrees in moderate to fresh north to northwest wind.

“Currently Sunday looks like it will be fairly cloudy with some heavy outbreaks of rain continuing in the south and east, and, in contrast to earlier days, the best of the sunny spells will be in the northwest.

“Highest temperatures of 13 to 16 degrees in moderate to fresh north to northeast winds.” 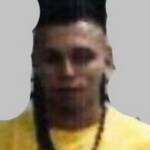