While many await the opening of pre-orders for the brand new MacBook Air with M2 SoC, “on the other side of the market” there are those who are not particularly enthusiastic about it, we are obviously talking about the manufacturers of Windows notebooks. According to a recent report by Digitimes, based on sources from the Asian industry (but not specified), several manufacturers of “Wintel” notebooks have expressed their concern about the effect that the new Apple ultralight will have on the sales of notebooks of the same range. superior.

For Wintel obviously we refer to the Windows-Intel binomial which, according to what is reported, is likely to be the most affected as regards sales in the coming months. In detail, one producer in particular (again no names) would have declared without problems that: priced between $ 1,000-1,5,000, MacBook Air M2 will cut any other high-end Windows / Intel notebook out of the market.

The improvements made by Apple with M2 in terms of performance (HERE our in-depth article) and design have certainly impacted on the price which, at the same time, is not disproportionate and will be seen as an acceptable compromise by users, especially given what the new MacBook Air can deliver. 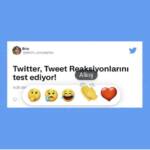